Is the floor mismanagement deliberate? 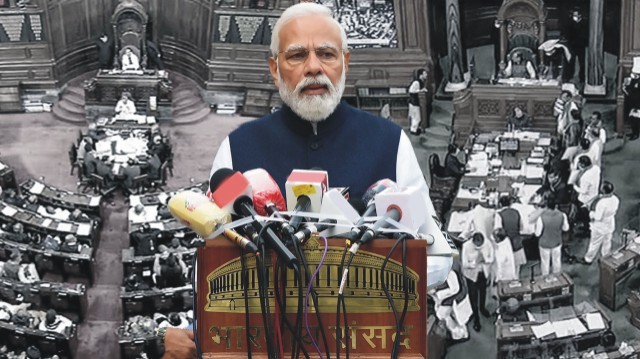 Government must also improve its floor management in Parliament to ensure smooth conduct of proceedings with cooperation of opposition parties.

Minutes before the start of the winter session of Parliament, which had on its agenda the withdrawal or the three controversial farm acts, Prime Minister Narendra Modi told reporters that his government was ready to discuss all issues and answer all questions in the House “with an open mind”.

He also said that the parliamentarians should discuss the issues of national interest, explore new ways for development and take “constructive decisions that would have far reaching impact”.

These words coming from the Prime Minister were indeed quite encouraging. He has not been known to speak to reporters but that day he made an exception and spoke to a section of his favourite media organisations.

His statements raised the expectations that Parliament would witness a debate on the farm laws which were set to be withdrawn.

However all it took was three minutes in Lok Sabha and nine minutes in Rajya Sabha to repeal the three laws without, of course, any debate or discussion.

It was evident that the government had decided to push through the bills without giving the opposition any chance to discuss the issue and corner the government on the issue of the demand for guaranteeing Minimum Support Price (MSP) which the organisations spearheading the agitation was now demanding.

If that was the strategy, why did the prime minister go out of his way to affirm that his government was willing to discuss all issues in Parliament ?

There is no doubt that the government had messed up the entire issue relating to the farm laws. No one has forgotten that these were brought in through ordinances when the entire focus was on Covid pandemic. Till now the government has not explained the hurry in bringing the laws surreptitiously without any discussion through an ordinance.

Subsequently when the bills were introduced to replace the law, a limited discussion in the two Houses did take place among the ruckus created by the opposition. However the government made use of its strength in Parliament to pass the Bills.

The government, however, did not seem to have learnt any lessons and its latest strategy to not let any discussion take place is in line with its policy since the BJP led NDA government first came to power in 2014. 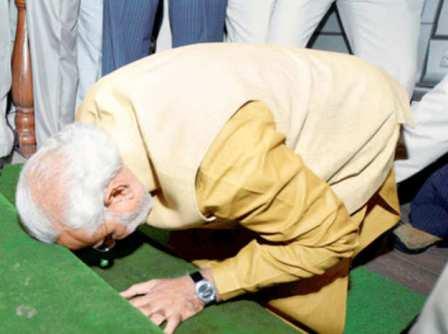 Ironically when Mr Modi first entered the Parliament after becoming the Prime Minster, he had bowed down in parnam to the “Temple of Democracy” and had assured that it was his sacred duty to nurture democratic traditions.

Very encouraging words again but the facts reflect that the current government has proved to be one of the most autocratic government which has always attempted to stream roll it’s way through Parliament.

The statistics relating to the time spent on debating issues has fallen drastically during the last seven years. This despite the fact that the splintered opposition is in a bad shape and doesn’t have any leader of the stature of Mr Modi. 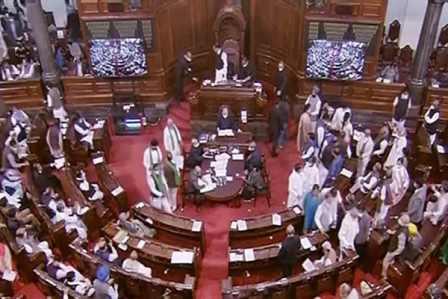 One of the contributory factors for such a situation is the poor floor management by the ruling party. Its strategy has been – either my way or highway. There is absolutely to attempt to reach out to the opposition or agree on giving time for debate and discussions on vital issues.

It was a given tradition in the past that the Parliamentary Affairs minister would coordinate with the leader of the opposition and other floor leaders of various parties to allocate time for discussion on important issues.

The current government, however, thinks it below its dignity to reach out to the opposition and provide it ample opportunities to have its say.

This lack of communication, even while bringing out ordinances like those related to agriculture and other important national issues, has led to less productivity of Parliament.

While it enjoys brute majority in Lok Sabha, it falls short of majority in the Upper House. Its strategy team came out with an unusual way out for the current session to deal with the situation. 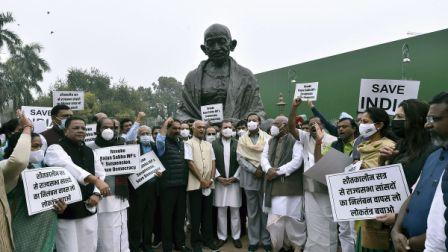 By suspending 12 MPs from the Rajya Sabha, the BJP has now gone ahead of the majority number in the Upper House. It can now easily pass listed bills through the House.

To achieve this aim it has suspended them under Rule 256 of the Procedure and Conduct of Business in Rajya Sabha which is generally applied for any incident during the ongoing session of the House and not pertaining to a previous session.

With its vast majority, the government is expected to be more tolerant of the opposition but that’s not happening. It must also improve its floor management in Parliament to ensure smooth conduct of proceedings with cooperation of opposition parties. If it could be done in the past, why not now?