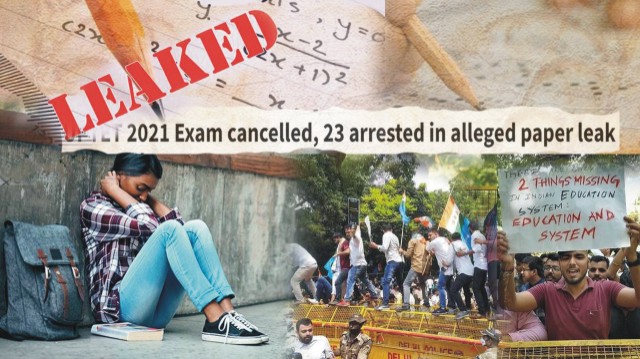 Culprits who are involved in impersonation and paper leak and are playing with the life and future of young generation of the country.

The sanctity of the competitive examination which is an integral system for education degree or job is deteriorating day by day in the country with the rising cases of impersonation and paper leak. Everybody wants that the examinations should be held timely and in a fair & transparent manner.

Impersonation (another candidate appearing instead of the actual candidate) and paper leak syndrome has become a routine feature of the competitive examination system except 1-2 undisputed sectors like UPSC, banking and IITs to some extent. 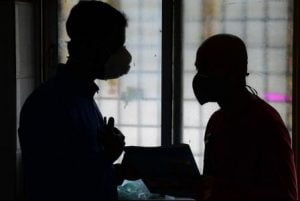 At present, every day there is news about the impersonation or leakage of competitive examination question papers all over the country. No central or state examination conducting bodies can make it sure to conduct the examination in full confidential manner without impersonation and paper leak syndrome.

These problems or happenings do not make much difference to political leaders and bureaucrats who are at the helm of affairs but it cost a lot to the candidates and their families. Every time, lakhs of lakks applicants are suffering at the hands of impersonation and paper leakage problems but there seems to be no relief from these sufferings.

Applicants at the verge of overage for any competition are the most losers when papers are being postponed or cancelled due to paper leak.

Impersonation or paper leak is mostly done to earn huge money in a short-cut manner and short span of time or just to help the near and dear ones in the competition to get the job. 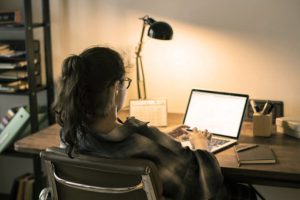 With the advent of information technology, initially, online competitive examination system was thought to be more secure of these problems (impersonation and paper leak) but people with malafide intentions always come ahead with technologies to hack the passwords or computer network in order to be able to leak the paper.

However, this all is always carried out with a systematic coordination between politicians, law makers and bureaucrats. That is why that the culprits are either not being caught/booked or if caught/booked are not brought to the stage of final punishment.

Now, many governments are boosting bring the culprits to justice at the earliest and to attach their property, sentence them severely but these are all like political slogans and nothing else.

Examination conducting boards/bodies will generally delay the re-conduct of examinations for a long time but sometimes with the pressure from government due to political situation may declare to re-conduct the examination at the earliest and also not to charge the fee but what about other sufferings of the applicants like wastage of time, money, hardship and mental stress they have faced to appear in the examination for which paper leak took place. 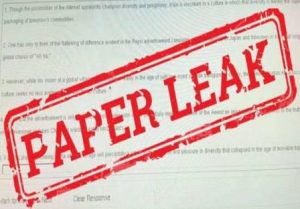 The companies or departments (private or government) entrusted the job to prepare examination papers as well as to conduct the examination and bring the results out should be selected with an integral background.

In case of any default, these companies or departments should not only be banned permanently from such activities in future but they should be financially punished.

In the materialistic and technological times -without human values and full of corruption & competition, there is a need to make examination system more robust, error free and secure from the paper leak and impersonation syndrome.

Examination centers, their management and agencies selected to conduct the examination should be ascertained for their past sincerity and reputation in this business and in case of any scam these people should be blacklisted and legal action be taken against them.

Smart phones, blue tooth and other technological applications are making these activities easier. People network involved in impersonation and paper leak activities is generally spreading to many states. 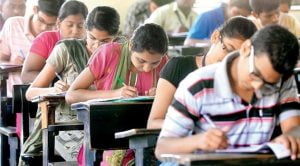 In the present tough times of getting employment, the government should always stand with the suffering candidates and should re-conduct the cancelled examination in a transparent manner at the earliest by giving all the relaxation to the applicants like age relaxation, no re-examination fee, also try to compensate the travelling expanses of the candidates.

Culprits who are involved in impersonation and paper leak and are playing with the life and future of young generation of the country should not be spared at any cost whatever may their linkages.

Tough actions such as invoking the stringent National Security Act (NSA) are required to be invoked against each and every one (individual, examination agencies, politicians and bureaucrats) involved in impersonation or paper leak so that people should be afraid of committing such acts.