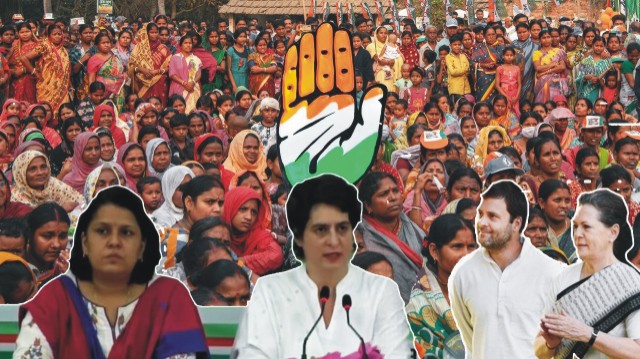 No nation can fully develop until its women, which constitute half of the population, participate in nation building.

The announcement regarding reservation of 40 per cent tickets for women in the ensuing Uttar Pradesh elections by the All India Congress Committee (AICC) general secretary in-charge of Uttar Pradesh, Priyanka Gandhi Vadra, is a welcome decision but smacks of only political expediency rather than a sincere effort to empower women in politics. 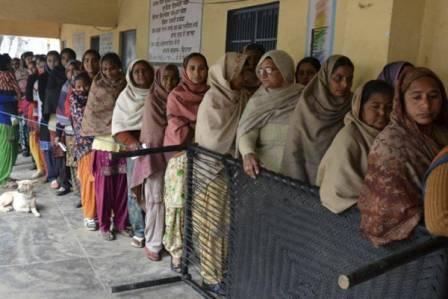 If the Congress party, of which Priyanka Gandhi is part of its high command, is really sincere about empowering women in politics, it should have announced a similar decision for all other states going to elections with Uttar Pradesh, including Punjab.

Evidently the party does not have much at stake in Uttar Pradesh where is has become irrelevant for the last 30 years after ruling it for nearly 40 years.

The party had put up 114 candidates in the 2017 Uttar Pradesh assembly elections out of a total of 403 seats. Among its candidates were just 12 women. The party had won seven seats including two by women.

It had won just one seat in the 2019 Lok Sabha elections with even the then Congress president Rahul Gandhi losing from the family’s stronghold in Amethi.

An effort was made in the previous Lok Sabha elections to provide more seats for women. Mamata Banerjee’s Trinamool Congress had fielded 17 female candidates for the 42 lok sabha seats from West Bengal which constituted 41 per cent representation. It had won 22 seats and nine of these were won by women with a strike rate of 41 per cent.

Biju Janata Dal in Odisha had fielded 33 per cent women for 21 Lok Sabha seats from the state. The party had fielded seven women out of which five had won. The Congress had, however, fielded just 54 women out of its total number of 421 candidates which constitutes only about 13 per cent of candidates.

Interestingly when parties do grant women tickets — such as the 8.8 per cent women fielded in 2019 General Elections — a large number of these contests are for reserved seats, designated for scheduled castes and scheduled tribes.

If the Congress party is really sincere about empowering women in politics, it should have announced a similar decision for all other states.

Not surprisingly, India stood 149th in a 2019 list of 193 countries ranked by the percentage of elected women representatives in their national parliaments. It is actually even behind Pakistan, Bangladesh and Afghanistan !

The latest report of the annual World Economic Forum, released recently, paints a sorry picture with India being ranked at 140 position among 156 countries in the gender gap rankings. The Forum basis its data on four parameters of education, health, economic opportunity and political empowerment to arrive at its conclusions.

Priyanka’s announcement on Tuesday is evidently aimed at the ruling BJP in the state which has been seeking to woo this section of the society by launching several flagship programmes for their empowerment.

Her announcement followed the release of a poster with the tagline in Hindi – ‘Ladki hoon, lad sakti hoon’.

The desirability of providing more representation to women in politics and all other spheres of life had been talked about since long.

Although women constitute a little less than half of the population given the gender discrimination, most parties had been in favour of providing at least 33 per cent seats for women. Yet none of the governments have been able to make it a law.

It is said that no nation can fully develop until its women, which constitute half of the population, participate in nation building.

It is high time to empower women in India and involve them in nation building in all spheres including politics. However, this involvement has to be sincere and not just symbolic or aimed at political expediency.