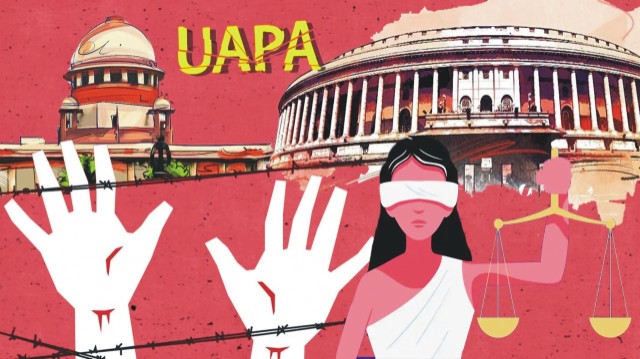 It is high time that the highest court of the land takes the bull by the horns and strikes down the UAPA as the current government is unlikely to do so.

Despite several senior judges and experts expressing the opinion that the dreaded and the much abused Unlawful Activities (Prevention) Act, commonly known as UAPA, must be amended, it continues to be evoked even more frequently against human rights activists, lawyers and journalists.

While the Act and its several earlier avatars like POTA have been misused and abused by virtually all governments in the past, the frequency of filing UAPA cases against individuals has sharply increased in the recent past and more particularly in the states ruled by the Bharatiya Janata Party. 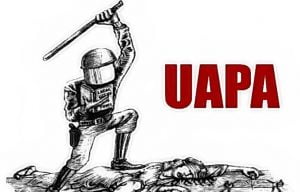 The tendency of the party to overlook criticism and failure of its top leadership to rein in the state leadership evidently provides legitimacy to the uncalled for imposition of cases under the Act.

And because some of these governments have a tendency to book citizens at slightest of pretexts, the conviction rate in such cases is abysmally low.

The Union Home Ministry informed Parliament in August last year that 1,948 people were arrested under the UAPA in 2019. Of these, only 34 were convicted under the law. It also admitted that only 2.2 per cent of cases registered under the UAPA between the years 2016-2019 ended in convictions by the courts.

The recent harsh amendment to the law, which gives powers to the state to seize and seal any property and put citizens behind bars for months together without even filing charges against them, make the process itself as punishment. An acquittal after several years can mean nothing to those who had been kept in jails for months and even years pending trial.

The idea behind imposing the provisions of the UAPA are aimed at serving two ends. One, it is a signal to those trying to document and protest human rights violations to keep quiet or prepare to have cases slapped on them.

It is also intended to keep the activists and others busy for extended period of time so to exhaust them and make a deterrent to others.

The latest example of the abuse of UAPA is the Tripura Police’s action of booking 102 persons, including lawyers and journalists, under the coercive Act for reporting and writing on the recent communal violence in the state. The state police has sent notices to various social media platforms under UAPA. 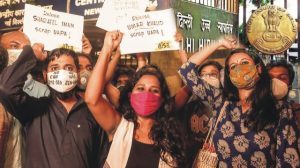 The lawyers who were booked had visited Tripura as part of an independent fact finding enquiry commission into the communal violence. One of the journalists, Shyam Meera Singh, has alleged that he has been booked under UAPA for merely tweeting “Tripura is burning”.

Editors Guild of India, while condemning the abuse of the Act, has pointed out that it is an “extremely disturbing trend where such a harsh law, where in the processes of investigation and bail applications are extremely rigorous and overbearing, is being used for merely reporting on and protesting against communal violence”.

The Guild said it was of the opinion that the “governments cannot use stringent laws like UAPA to suppress reporting on such incidents.”

It also reiterated its earlier demand to the Supreme Court of India, to take cognizance of the manner in which such laws are unjustifiably used against freedom of speech, and to issue stringent guidelines on charging journalists under them, so that these laws don’t become an easy tool for suppressing press freedom.

Several senior retired and serving Supreme Court judges have been speaking about the need to amend the law. These included former Supreme Court judges Rohinton Fali Nariman, Deepak Gupta and Madan Lokur. Even Justice DY Chandrachud, serving judge of the Supreme Court, had said on record that the UAPA should not be misused for stifling dissent.

“We are constrained to say, that it appears, that in its anxiety to suppress dissent, and in the morbid fear that matters may get out of hand, the State has blurred the line between the constitutionally guaranteed ‘right to protest’ and ‘terrorist activity’.” 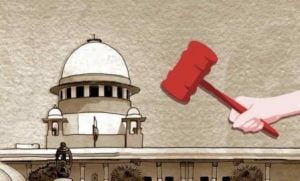 However, while hearing an appeal against the grant of bail, the Supreme Court observed that the High Court’s orders granting bail to three student activists “shall not be treated as a precedent in any other case or relied upon in any court proceeding”.

In another case, another bench of Supreme Court passed a significant judgment while granting bail to student activists Thwaha Fasal and Allan Shuaib, facing charges for their alleged Maoist links. In its order, the Supreme Court observed that mere support to a terrorist organisation as a member or otherwise is insufficient to attract an offence under the UAPA.

It is high time that the highest court of the land takes the bull by the horns and strikes down the UAPA as the current government is unlikely to do so.

And it must ensure that those filing false or motivated cases under such laws must also be prosecuted and punished in case of acquittals.