Imposing Vegetarianism as a Political Agenda 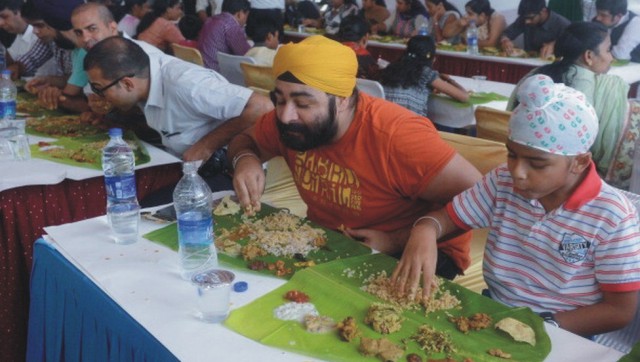 There are groups of people taking to vegetarianism and latest vogue is that of veganism. The element of religiosity is not mixed up here.

Recently (December 2021) town planning committee of Ahmadabad Municipal Corporation specifically mentioned that stalls selling non-vegetarian items will not be allowed along public roads and in the 100-meter radius of schools, colleges and religious places. 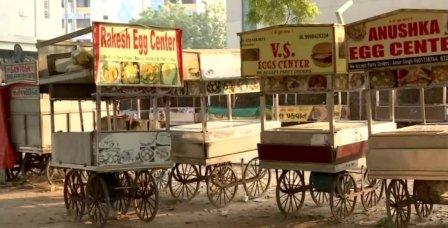 On these lines decisions were also taken by Vadodara, Bhavnagar, Junagadh and Rajkot Municipal bodies. As the hawkers selling these non vegetarian items approached the Court, Court struck down this decision by the authorities.

When probed further the consumption of beef by Muslims is also brought forward. Additionally the point is made that since cow is holy for the Hindus, Muslims at the same time are hurting the sentiments of the Hindus. Lynching on the pretext of cow-beef are a separate chapter by itself.

Two issues have been deliberately intertwined in the social common sense. One is the non-vegetarian food causing violent tendencies and the second, the eating of beef by Muslims and thereby hurting the sentiments of Hindus.

It is very clear that the definition of non-vegetarian food varies from place to place and community to community. Eggs are OK for some vegetarians and strict no for others. Some regard sea food, fish and the like as vegetarian while for others it is non vegetarian food in all sense of the meaning.

Today world over roughly more than 80-90% of the population is non-vegetarian so to say. As per a survey conducted by IndiaSpend, around 80 per cent of Indian men and 70 per cent of women consume meat weekly.

While Muslims in India are the object of wrath, the Europeans and Americans etc. do get away easily in this psyche despite having beef, non-vegetarian food as the staple diet.

In the countries and people who follow the biggest apostle of non-violence ever, Lord Gautam Buddha, the consumption of non-vegetarian food is no less in quantum. 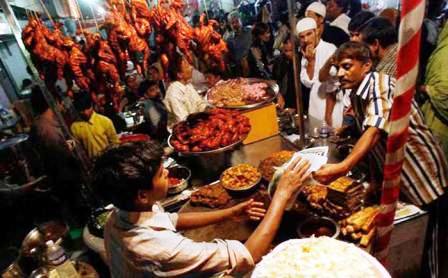 There are political over and undertones also in this ‘hate non-vegetarians’ thinking. One can go to the extent of saying that Vegetarianism is also being used as a social and political weapon to browbeat the minority community.

No doubt one has the choice of shifting to vegetarianism with full commitment, but to be intolerant to the non-vegetarians and to label the Muslims as having violent personality due to the food habits is a part of political campaign, bereft of any scientific-psychological rationale today.

Swami Vivekanand points out “You will be astonished if I tell you that, according to old ceremonials, he is not a good Hindu who does not eat beef. On certain occasions, he must sacrifice a bull and eat it.” (cited in ‘The Complete Works of Swami Vivekananda’, Vol 3 (Calcutta: Advaita Ashram, 1997, p. 536.) 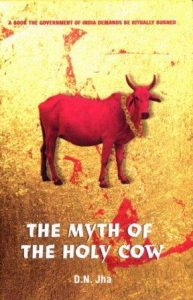 D. N. Jha in his book ‘Myth of Holy Cow’ shows that it was with the rise of agricultural society that the restriction was brought in on cow sacrifice by Lord Buddha. The primary goal was to preserve the cattle wealth.

The ardent follower of Buddhism, Emperor Ashok, in one of his edicts to the royal kitchen orders that only as many animals and birds be killed as are necessary for the food in the kitchen. This was to put a brake on the animal sacrifice which was part of the Brahminical rituals.

It was as a reaction to this that Brahminism came up to project cow as mother to show that it also has concern for cattle and in due course Brahmanism, and politics around it gave her the status of mother.

As far as the violent personality and food is concerned, not much scientific literature is available to prove the correlation of food with the violent tendencies. Violence is a personality trait, in the realm of psychology, which is shaped by familial, social and political circumstances, and keeps changing according to the situations.

There are systems of medicine, the traditional one’s which classify food according to the Satwik (leading to pure, quiet persona), Tamsik (increasing anger) and Rajsik (royal) but it hasn’t been vindicated beyond empirical assertions.

Despite some people holding on to human nature correlated to type of food, it is far from being vindicated by any of the modern scientific studies, there is an example of a vegetarian Hitler unleashing the biggest ever genocide. 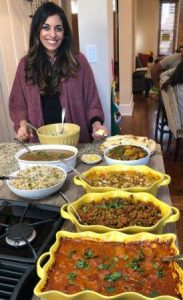 There are groups of people taking to vegetarianism and latest vogue is that of veganism. The element of religiosity is not mixed up here. Neither should people be intolerant to the ones who consume non-vegetarian food.

The phenomenon being observed amongst the sections influenced by communalism operates at the level of religiosity. Vegetarianism here is a part of one’s political agenda so to say. As it is being mixed up with religion; it becomes associated with emotions and that’s where the strong rejection of non-vegetarians in the neighborhood comes in. Many housing societies refuse those who eat non-vegetarian food.

In Ahmadabad I observed that landlord/ladies will barge into the kitchen of their tenants to ensure the strict vegetarianism is adhered to. Now amazingly this has been turned as one more tool of demonize Muslims.

Overall as seen in parts of Gujarat vegetarianism is propagated and imposed in such an aggressive way, these orders of Municipalities reflect that. One can certainly say that those propagating vegetarianism in such a fashion is intolerant to the hilt.