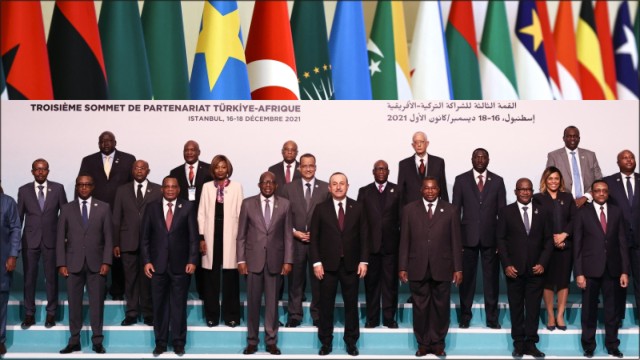 The Turkish approach to boost its ties with African countries, could be copied by others also for a sustainable development of all.

Over 100 government ministers and 16 presidents from Africa attended the summit, which was held under the theme, ‘Enhanced Partnership for Common Development and Prosperity’.

Africa — market of the future 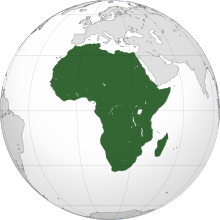 Cooperation between Ankara and Africa, which is steadily increasing, is of vital importance to Turkey. Trade volume between Turkey and Africa is enormous.

Economist Guven Sak of the Turkish Institute for Economic Policy (TEPAV) in a recent interview said “Continental Africa has the world’s youngest population and also its fastest population growth.”

According to United Nations estimates, Africa’s population will have at least tripled by 2100, growing to over four billion. Sak sees expanded relations as a natural result of investment opportunities in the areas of urban infrastructure, logistics, energy and construction besides the fact that Africa is extremely rich — both in traditional as well as renewable energy resources.

A growing network of ties

Relations between the two regions kicked-off on a positive note and improved dramatically since Ankara declared 2005 “Africa Year.” 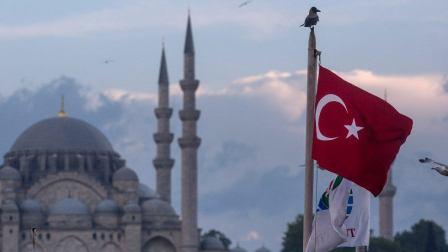 Turkey’s central government realised that lucrative business opportunities were to be found in industrial production and construction.

In addition Turkish businesses and non-governmental organisations, especially those working in the education sector, established a presence on the continent.

Growing business ties also resulted in improved diplomatic ties. Turkey has been a “strategic partner” to the African Union since 2008, conducting meetings with African heads of state and government.

Security ties between Turkey and the continent have also increased considerably since Erdogan came to power in 2014. Somalia, Turkey’s doorway to sub-Saharan Africa, has been the site of TURKSOM — Turkey’s largest overseas military base — since 2017.

Therefore, arms exports were a big topic at the Istanbul summit. Turkish arms and aeronautics exports to Ethiopia, for instance, shot from around $235,000 in January to nearly $94.6 million in November according to the Turkish Exporters’ Assembly. Sales to Angola, Chad and Morocco have seen similar jumps.

One of Turkey’s best-selling items is the Bayraktar TB2 combat and surveillance drone. It has been used in a number of conflicts and has proven itself highly effective. Reuters recently reported that Morocco and Tunisia took delivery of Turkish combat drones in September, adding that a large number of other African nations have also voiced their interest as well.

Turkey’s trade with Africa surpassed $25.3 billion last year, and this figure has already reached $30 billion in the first 11 months of 2021.

With the area it covers on the international level, its geo-strategic position, and the economic and commercial potential it has, Africa has become one of the most important actors of the 21st century. The advantageous investment opportunities it has as a continent and the relations it recently developed with different countries and regions have begun to make Africa a centre of attraction in all areas.

The president of the African Union in his address called for a sturdy collaboration between Africa and Turkey against terrorism, and that sustaining peace and safety on the continent is vital for attaining maintainable development.

He stated, “In some parts of Africa, unfortunately, there is instability and insecurity due to terrorist activities. Therefore, it is a must to ensure peace and security in order to move forward,” emphasising the necessity for collaboration in the face of terrorism.

Recep Tayyip Erdogan has also called for African representation at the UNSC. At the summit he said it is a “great injustice” that the African continent, with its population of 1.3 billion, is not represented at the UN Security Council.

Referring to his slogan, “the world is bigger than five,” protesting the unrepresentative setup of the UN Security Council, Erdogan said Turkey’s efforts were also meant for its brothers and sisters in Africa, as well.

The summit also helped Turkey in reviving old ties with nations like Egypt and Libya. 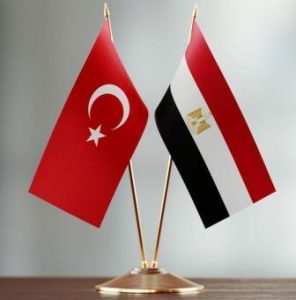 Egypt and Turkey are two regional heavyweights. They used to be good partners but broke off all diplomatic ties in 2013 following a military coup that overthrew Egypt’s first democratically-elected government, led by the Muslim Brotherhood – an Islamist movement close to Ankara.

Egypt’s Deputy Foreign Minister Hamdi Sanad Loza, who attended the summit said that participating countries would contribute to regional development, stability and security. Loza also discussed cooperation between Turkey and Egypt in the sectors of trade, investment and tourism.

After eight years of frozen relations, the two countries launched discussions in Cairo in May to renew ties. A second round of talks took place in September in Ankara but embassies were not reopened. The Turkish foreign minister also met with acting Speaker Fawzi al-Nuwari of Libya’s House of Representatives.

Africa, which was associated with poverty, civil wars and migration in the past, is one of the world’s up-and-coming regions in the 21st century. China, Russia, France, the UAE, Saudi Arabia and India have a strong presence in Africa together with Turkey. Yet Turkey’s vision for Africa represents an “alternative” to the current practices of former and new colonial powers.

Western nations are charged with sticking to their old colonialist ways. For example, France cannot get rid of its shameful baggage in the continent. Meanwhile, experts warn that China sets a “debt trap” in the name of economic development. Russia’s role as a “provider of security,” in turn, is a source of concern. 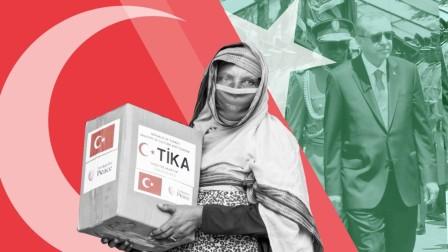 Consequently, Turkey’s vision, which originated in humanitarian aid and rests firmly on the principles of equality, mutual benefits and “winning together,” attracts more and more interest.

Unlike Western countries, Turkey continues to strengthen and diversify its policy, which aims to ensure security, stability and welfare in the rising star of our century, Africa, in all dimensions.

Turkey has deepened its economic, commercial and political relations with Africa with the “African Initiative”. This initiative is “win-win” centred and based on mutual benefits with the principle of “developing together and growing together.”

The vision reflects Turkey’s commitment to see Africa from an African perspective and to promote mutual development, beneficial to both.

Quad to focus on topical issues of Indo-Pacific relevance to checkmate China....