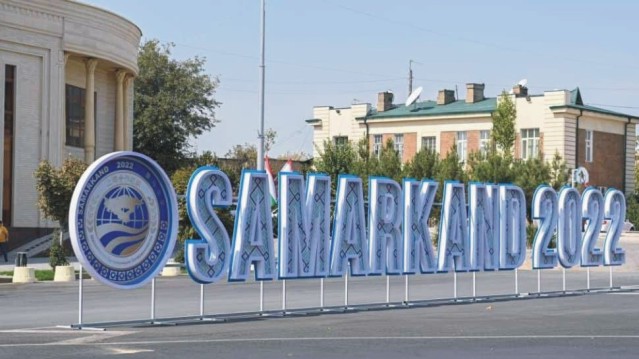 During the last fortnight, India has asserted itself diplomatically by refusing to join an important pillar of the U.S.-led IPEF, and at the same time PM Modi in Samarkand has demonstrated his government’s resolve to act globally and resolutely in interactions with regional leaders.

The 22nd summit of the eight-nation Shanghai Cooperation Organisation (SCO) took place in Uzbekistan’s capital Samarkand, last week. The summit was held amid the growing geo-political turmoil set-off by the Russian invasion of Ukraine and China’s aggressive military posturing in the Taiwan Straits.

China which initiated this regional grouping as Shanghai Five in 1996, has transformed the forum into an influential grouping of 8 nations, with many more like Iran to join as a permanent member and diverse countries like Saudi Arabia, Egypt, Turkiye, Belarus and Mongolia being given Observer status, which shows its transformation into an influential regional forum, besides challenging to other western regional alliances.

In his address at the Samarkand summit, PM Modi obdurately touched every relevant aspect of the current geo-political situation. He urged SCO to strive to develop reliable, resilient and diversified supply chains in the region. For this, better connectivity will be required, besides giving full rights of transit to each other, he asserted, in a veiled reference to Pakistan.

He also batted for making India a regional manufacturing hub. On tackling the challenges of food security, he spoke of India’s efforts to popularise millets as an alternative and cheap option.

In a speech that was otherwise free from references to India’s regional issues on terrorism with Pakistan and on territorial sovereignty with China, Mr. Modi called for greater cooperation in the Eurasian region. He also focused on initiatives on manufacturing that India is willing to pilot in the next year, when India assumes the chair of the SCO and hosts the Summit in mid-2023.

No Modi-Xi Jinping meeting in Samarkand

The most important meeting from India’s standpoint was a possible meeting between Prime Minister Modi and Chinese President Jinping in Samarkand. Everyone wondered whether roadblocks have been cleared and temperaments cooled after the recent success of commander level talks between two countries on the issues of Chinese aggression in Indian Ladakh region in May 2020. 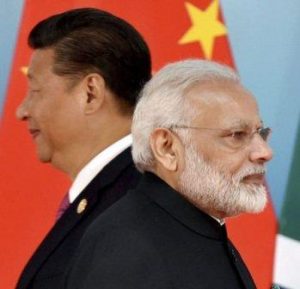 But, officially the MEA mentioned no such meetings. In fact, Samarkand offered the perfect opportunity for two leaders to reset the ties. But there seemed little willingness from the two sides, to compromise.

In fact, if the reports are to be believed, the exchange between the two leaders, reminded one of the cold treatment meted out by Mr Modi to former Pakistan’s prime minister, Nawaz Sharif at the 2014 SAARC summit, though it eventually ended with a handshake at the last moment, but nothing such happened in Samarkand. But the moot question here is whether China is in a mood to mend ties with India?

Well, it seems no, not at the moment perhaps. Modi and Xi have met twice earlier but that is not enough to read each other’s thoughts and also make a convincing and principled case, though both the countries stand to gain much economically, if ties are improved.

Foreign Secretary Vinay Kwatra, when asked about a meeting that never happened said that he did not “think there is anything more to read into that”.

PM Modi’s bilateral meeting with Russian President Putin at the Samarkand summit also received a lot of attention. The two leaders shared the customary diplomatic greetings, with Modi specifically emphasising that the modern era was not a time of war. According to reports, Putin acknowledged India’s position on the Ukrainian conflict and reaffirmed his commitment to a speedy resolution.

India and Chinese leaders expressing their concerns directly with the Russian leader about the war in Ukraine is reflective of global concerns about the effects of its aggression, U.S. Secretary of State Antony Blinken said last Friday.

Among other impromptu meetings was the one important one between PM Modi and Turkiye’s President Recep Tayyip Erdogan, which was held unannounced on Friday. After the meeting, Modi underlined that the focus was on economic ties between the two countries.

The MEA, in a statement, described the meeting as a review of current India-Turkiye relations. While noting the increase in recent years in economic relations, particularly bilateral trade, it acknowledged the potential for further enhancement of economic and commercial partnerships. Erdogan last visited India in 2017.

While India-Turkiye’s economic and commercial cooperation constitutes an important dimension of the bilateral relationship, diplomatic ties have been adversely impacted over Turkiye’s public criticism of the revocation of Article 370 in Jammu and Kashmir and the February 2020 riots in north-east Delhi.

Another important meeting at Samarkand was between PM Modi and Iranian President Ebrahim Raisi. Both the leaders took the opportunity to discuss boosting ties in areas like energy, commerce and connectivity.

They also reviewed progress of the Shahid Behesti terminal at Chabahar Port and there are indications that the Iranian president also discussed a new mechanism to supplycrude oil to India on rupee payment basis, instead of American dollars. This may bring the two countries closer on the trade and economic fronts.

The manner in which Mr Modi and his diplomatic team carried the business at Samarkand shows the maturity and coming of age of the Indian diplomacy under PM Modi.

India will be hosting the next SCO Summit in 2023, and this will offer Mr Modi an opportunity to develop the organisation into a more meaningful and cohesive organisation. A fact evident by the number of countries, which are desirous of joining it, due to its regional potential.

PrevPreviousSiddique Kappan Gets Bail But What Was His Crime?
NextFor Indians, why America has always remained a preferred destination to acquire citizenship?Next
Author Related Post
Related Post