For Indians, why America has always remained a preferred destination to acquire citizenship?

Indians renouncing their citizenship in big numbers is definitely a wake-up call for India. Of the total left, 40 per cent have taken the citizenship of the America.

At a time when India has opened its arm under the provision of Citizenship (Amendment) Act, 2019 (CAA), to give citizenship to migrants belonging to Hindu, Sikh, Buddhist, Jain, Parsi or Christian communities, it is a matter of serious concern that Indians are renouncing their citizenship in big numbers to settle down abroad. 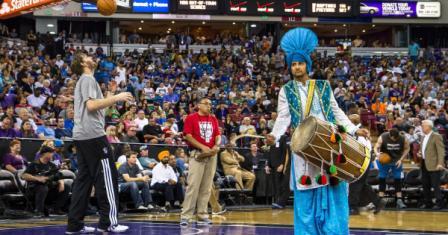 Researchers can find out in due course of time as to why these people have given up their Indian citizenship. Is it because of lack of peaceful environment, hate-filled atmosphere, economic instability, threat to democracy and Constitution or because of unhygienic conditions or pollution? Or, have they left for simply better living or for ease of doing business?

Notably, Indians renouncing their citizenship in big numbers is definitely a wake-up call for India. But the big question: Why for Indians, America has always remained a preferred destination to acquire citizenship?

According to Abusaleh Shariff, “Executive Director at US-India Policy Institute, Washington and Member Secretary, Sachar Committee, “As per recent reports large numbers of Indians have given up their Indian passports to secure citizenship of another country. They have mainly gone to USA, Australia and Canada including some other countries. However, the Indian diaspora is found in large numbers in west Asia and Southeast Asia as well; yet due to stringent immigration limitations NRIs are unable to seek citizenships in this region. The recent increase in seeking outside citizenship is due t omultiple factors.”

“Many domestic policies relating to taxation, cumbersome NRI investment procedures, decline in relative interest rate differentials between India and the west are showing up in decisions to not only migrate but also to transfer savings and resources from India to another country. A compounding impact of such financial policy structural issues is happening due to possible depression in ‘international investments in India’ not only due to rampant corruption (many diverse formats) but also recent Human Rights Abuses by the Radical Outfits in connivance with the select states and national level governments all over India,” says Shariff.

Shariff adds: “I can see rapid increase among Indian nationals seeking citizenships in other countries, mostly due to economic and educational advantages, ease of living in a free and open societies which are not reeling under human rights violations and fast changing governance that can be categorized as a police state.”

“America is the land of opportunity. Deccan Herald, my hometown newspaper, claimed that 9.46 lakh Indians denounced Indian citizenship and around 40 percent went to the USA. I would not have put it that way. Instead, I would have said that 9.46 lakh Indians sought opportunities elsewhere in the world for lack of it in India. If America opened its doors without limitations, not only 40 percent of the Indians but 100 percent would immigrate to America. Laxman Narasimhan became the CEO of Starbucks, and he would be making more than a few million a year. The Chiefs of the world’s largest corporations are Indians – Microsoft, Google, Visa, Pepsi, and so on.

I don’t have the data, but at least 75 percent of Indian Americans have achieved their dream of home ownership, luxury cars, good education for children, and safe retirement. All you have to do is to be in America, and you can dream and live in the lap of luxury. There is every reason for Indians to come to America,” says Mike Ghouse, President, Center for Pluralism, America

He adds: “To me, America is the land of the brave and the free; it is a breath of fresh air to live here. You can eat, drink, wear and believe whatever you want. You are free from social pressures and pettiness, can achieve whatever you want, and have no restrictions. Who does not want to live in an environment of freedom and thrive? America is prosperous only because of liberties and for no other reason. The Indian leadership should aspire to restore religious liberty; every Indian should have the freedom to eat, drink, wear and believe whatever works for them. When we are free from religious and social tensions, we focus on prosperity and achieve it for us and for all around us.”

“As a social scientist, my contribution to America is Pluralism, which India was known for. But these days, hate atmosphere has overshadowed all the good things for which India was proud of. Even the father of the nation has not been spared. Lord Krishna had promised that he would emerge among us whenever adharma reaches its peak and restore righteousness. When that happens, no one would want to leave India,” says Ghouse.

According to John Dayal, a noted social and human rights activist, “There may be close to two crore people of Indian origin living in the West, and a few places in the East such as Singapore and Hong Kong and in the Middle East. I have not come across any official data, but perhaps as many as half of them are no longer Indian citizens while the others retain their Indian passport even as they continue to stay abroad for most if not their entire life. The shortest stay abroad may be of labour in the Mid-East who returns home in an average of about five years. Only a very few remain in places like Dubai as businessmen. Many would prefer to go to the West from there if they can.”

He added, “From what I have read, including some research studies, and people I have met over the past four decades in my own travels in East and West, I would say the present generation retains a close bond with the mother country, but by the third generation, India is just a country they may visit as a tourist, no more and no less. All those born in the UK and the US almost automatically become citizens of those countries and have no inclination to ever seek Indian citizenship.”