If he succeeds in his noble effort he will get the blessings of millions of poor people in Pakistan.

There are millions of very poor people in Pakistan living in horrible conditions in slums with their families, somewhat like the ‘jhuggi jhopdi’ dwellers in Mumbai, Delhi, etc in India, the ‘Okies’ who had migrated to California in the 1930s (depicted in John Steinbeck’s famous novel ‘Grapes of Wrath’), or the characters in Maxim Gorky’s stories ‘Lower Depths’ and ‘Twenty Six men and a girl’. 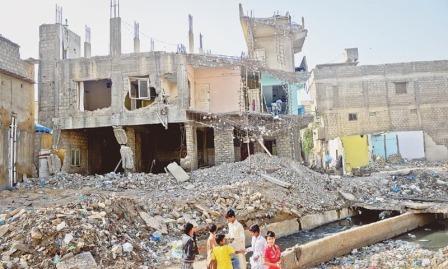 These poor people with their families, who have probably migrated from rural areas, eke out a bare existence by working in construction projects, as factory workers, or as domestic labour. They had built shanties on unoccupied land, though they are not owners or tenants of it, but this they did because they had no other place to live in. Many of them have been living there for decades, or even generations.

In Pakistan, according to an article, about 40% urbanites are living in slums, without basic amenities like water, electricity, etc.

Now there seems to be a drive to evict these poor people. In Karachi there are tens of thousands of such poor people living at Gujjar and Orangi nullahs, who are sought to be evicted by the authorities. The Sindh High Court had stayed their eviction, but the Pakistan Supreme Court vacated the stay order, and now some of their shanties have been demolished, and there is imminent threat of their eviction

UN experts and others have called for a stay of their eviction.

With respect, I submit that the Supreme Court’s order requires reconsideration. When I was a judge in the Indian Supreme Court I too was faced with a similar situation regarding jhuggi jhopdi dwellers in Mumbai, as narrated in this article. 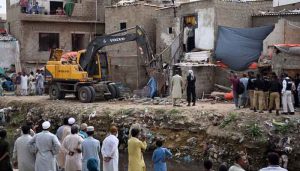 It is true that these poor people are illegally occupying the land on which they built their shanties, but what else could they do? It is a humanitarian problem, not just a legal one.

They are human beings, not garbage which can be dumped into the sea. Article 9 of the Pakistan Constitution guarantees the right to life, and life has been interpreted by the Supreme Court as a life with dignity, not just animal life.

Now a brave young lawyer from Lahore, Amile Gulzar (amilegulzar@gmail.com), has come forward and filed a petition in the Pakistan Supreme Court, praying for modification of its earlier order.

The Supreme Court had no doubt mentioned in its order that the affectees should be rehabilated, but it did not say that they should be provided alternative accommodation BEFORE they are evicted.

The thrust of Amile’s petition is that if the affectees are evicted immediately, but they are provided alternate accommodation at some unknown time in the future, where will they and their families live in the meantime ? Under the skies ?

Also, the alternative accommodation should be near the place of work of the affectees. If it is provided say 50 kms away, how will they be able to commute to and from their place of work ? The rent too should be minimal, otherwise they can’t afford it.

I hope the Pakistan Supreme Court will take a favourable humanitarian view of the matter.

I have named Amile ‘Pakistan ke Ghareebon Ke Maseeha‘. If he succeeds in his noble effort he will get the blessings of millions of poor people in Pakistan.

The Summit for Democracy....

Global Arms Trade: Who are the real winners?....