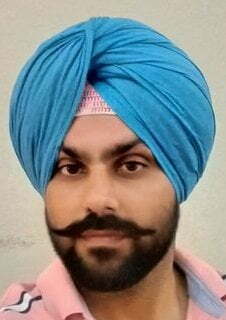 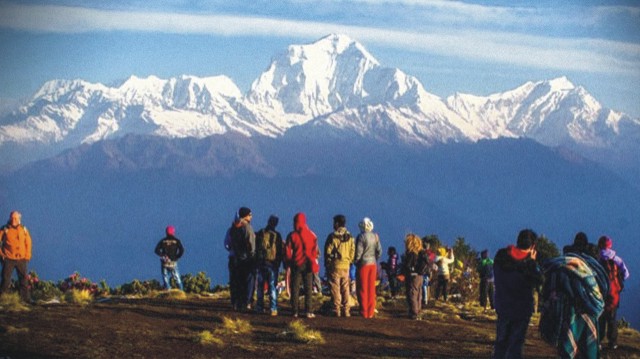 The Himalayas since time immemorial are revered for being a harbinger of life.

The surge in tourism post lockdown in the Himalayan states has been termed as ‘revenge tourism’ or ‘tourism with a vengeance.’ While the terms may sound novel the essence is certainly not. 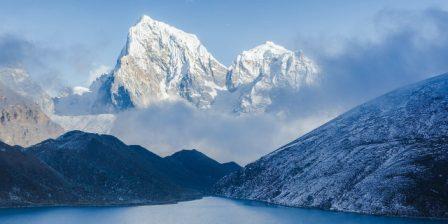 It has been many decades since the systematic ravaging of the mountains began at the hands of multiple stakeholders. The tipping point was reached much before these terms were formulated. We were striking with a vengeance on someone who was actually our sworn benefactor. What blithe!

The Himalayas are at the apex of the entire geographical paraphernalia of our sub-continent. To call them a mere lifeline would also be an understatement.

They are very much a part of our social, cultural, religious and spiritual milieu. A certain element of inaccessibility and mystique was always inherent to them. It was meant to be respected.

The fabulous vistas were meant to manifest themselves not to the feeble hearted but to those who dared. They were to be earned at the cost of risking one’s lives.

Our forefathers with a spiritual bent of mind often found solace in the Himalayas. They would head to them on foot and put their survival instincts to test. After years of exemplary resilience and persistent meditation some chosen few would return enlightened to spread their wisdom.

The Himalayas since time immemorial are revered for being a harbinger of life. The perennial river system originates in them. But for them the phenomenon of monsoons would be missing. Besides all this, they instill a sense of pride.

Urdu poet Allama Iqbal calls them a sentinel guarding the nation. They present a multitude of fabulous sights to behold. To be among them is to connect with your soul. We are bound to place them on a sacred pedestal.

But what a fall! What were supposed to be sublime landscapes meant to be preserved for posterity are being systematically ravaged at the altar of development.

A one size fits all development approach is being applied to these fragile ecologies which in the real sense require a customized approach. A selective tourism model was required and not come all tourism model.

A sustained awareness campaign was required to make the populace aware about the tourism model that was on offer. Any tourism model without community involvement was bound to be catastrophic.

Fetching big names of hotel industry to Himalayan states and permitting them to construct hefty concrete eyesores means shutting your eyes to an impending disaster.

Another aspect that the government of these states need to thoroughly understand is that they should stop looking upon their states as prospective real estate.

A second home in the hills, which a section of populace with disposable income yearns for, should only be allowed if it gels with the environs. The kind of towers that have been built and are also being sanctioned for future are a sure shot recipe for disaster. A bit of introspection and I am sure they can come up with better ideas for investment.

Blame it on his everyday stress, when he lets himself loose, he is blatantly reckless. He guzzles booze much beyond the threshold of sobriety and indulges in rowdyism of the highest order. Playing blaring music in eco-sensitive zones also falls in this context.

He litters non-biodegradable waste unmindful of the fragile environs. He forgets that he is in reality a guest who should be behaving much more responsibly. Imagine the plain hill folks doing same at our native places. His misconception of expecting and carrying his plains lifestyle to the mountains is gruesome. He should learn to synchronize with the environs. 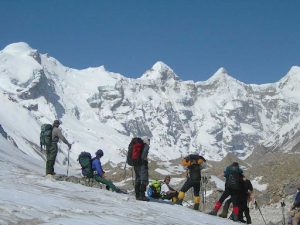 When he ascends, he should reconcile to that fact that his flashy upmarket consumerist ways are antithetical to the environs he is heading to. The in-sync hill architecture houses or dak bungalows of yore are the ones he should intend to stay. If there is any category of tourists the mountains should cater to, it should be experiential.

So, to succinct is to say, that governments of Himalayan states need to shed their market driven approach and the tourist its blatant consumerist approach. These might work anywhere but certainly not in these ecologically fragile regions.

Let us keep in mind at least the ecological disasters of very recent past. We have already ceded a lot of space and in no way afford to cede whatever is still in our possession.