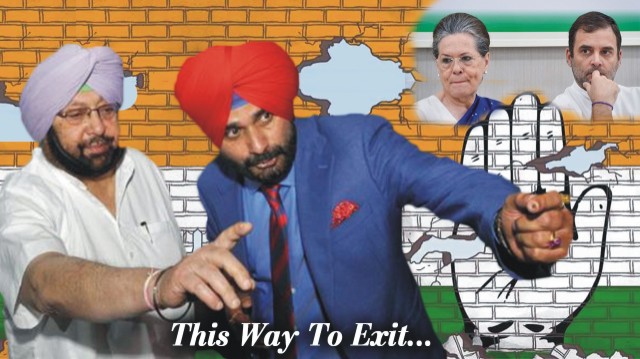 For the Congress there is yet no end to the bickering and the drama being played in full public view.

THE political drama being played by the Congress leaders in Punjab, who appeared to be sitting pretty a couple of months ago, is both theatrical and absurd.

What’s happening right now appears to be more of a Tom and Jerry show with senior leaders chasing and trying to ensnare each other.

With just six months left for the assembly elections, we have some ministers revolting against their own government.

They say the government, of which they had been part of for the last four and a half years, has failed to fulfil its promises.

They say that the chief minister was “mixed up” with the Badals and was trying to protect them.

They say he had been deliberately delaying the cases against them for firing on anti-sacrilege protestors.

They say he has not been able to check the use of drugs and had refrained from catching the “big fish”.

They have these and several other issues with chief minister Capt Amarinder Singh but didn’t squeak for four and a half years. Now that it appeared that some of them may be dropped that they have realised the failures of the chief minister and not of the government.

We then have Capt Amarinder Singh declaring that he would not meet the newly appointed state party chief till he tenders a public apology for his alleged ‘misconduct’.

When Navjot Sidhu did not respond, he meekly decided to meet him before his induction ceremony. He ignored the humiliation on the stage but had been making no bones about his dislike for Sidhu.

The new party chief in the state had been needling the chief minister either directly or indirectly on one issue or the other.

Not content with four working presidents, which the party high command blessed him with, Sidhu appointed an equal number of advisors and when one of them backed off, he was made the “Principle Strategic Advisor”!

It is common knowledge that Sidhu had been egging on the disgruntled leaders much to the delight of the opposition parties. His antics have not ended even after he was enthroned as party chief in Punjab.

But it all started with the bright idea of the Gandhi siblings to destabilise their strongest chief minister on the eve of the elections. It appeared to be the first independent decision the duo had taken going against the advise of their mother.

They first declined to meet the chief minister who was in Delhi to meet a committee even while they opened their doors for Sidhu.

They then asked the committee to ask the chief minister to send a list of his achievements and promises not met. All this humiliation was done in public view through official press releases.

Even as reports of Sidhu being named the party chief were getting rife, the chief minister mounted a counter offensive and called a meeting of MLAs to oppose his appointment. This prompted the Gandhi duo to expedite the appointment and declare it one late night to seal the deal with Sidhu.

It is not that Capt Amarinder Singh government did some exceptional work or even met most of its promises, the Congress enjoyed an edge because of the lack of any credible opposition.

The Shiromani Akali Dal had its back to the wall with the agitating farmers angry at the initial support for the controversial farm bills by the party.

Even though Mrs Harsimrat Kaur Badal resigned from the central ministry and the party broke up its alliance with long time ally BJP, the mud seem to have stuck on the party for its initial support for the laws. Farmers were also the strongest support base for the party.

While the BJP had virtually no support left in the state, barring its own cadre, after the split with Akalis, the Aam Aadmi Party had been on a free fall after the elections with several of its leaders leaving the party. There are absolutely no attempt made to rejuvenate the party leaving an open goal post for the Congress. 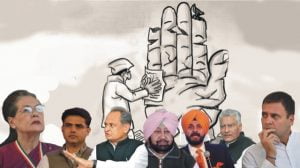 With the Congress leaders bent on scoring self goals, there is nothing much that anyone can do. It has only led the opposition parties to try to bounce back.

Sukhbir Badal has launched an elaborate public contact programme to reclaim the party’s constituency. Even the AAP, which had given a scare to the Congress before the previous elections, is galvanising with its Supremo Arvind Kejriwal ruling himself out as a possible chief ministerial candidate and declaring that the new chief minister would be a Sikh of the party snatches a victory.

Political analysts are already calculating the combined strength of the two parties with some help from the Bahujan Samaj Party. For the Congress there is yet no end to the bickering and the drama being played in full public view. It remains to be seen if it would succeed in snatching defeat from the jaws of victory.