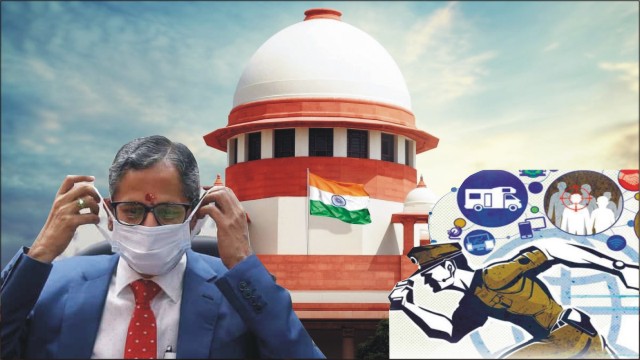 It is the responsibility of the judiciary, police force and the government to ensure that rule of law prevails in the country.

Members of the Dharam Sansad last week in Haridwar called for genocide and ethnic cleansing of Muslims. Here, Hindus were told to do Muslims what is being done to Rohingya in Mayanmar. The very statement reminds of rule of law and the role of all those who are supposed to ensure that there is rule of law. It is therefore the responsibility of the judiciary, police force and the government to ensure that rule of law prevails in the country.

Recently, Chief Justice N. V. Ramana, while speaking at an event after receiving Lifetime Achievement Award by the Rotary Club of Vijayawada talked about the importance of Rule of Law in a democracy. According to him, Rule of Law is fundamental for democracy and if Rule of Law is not present in any nation anarchy reigns.

In the absence of rule of law, after any case of custodial death, high-handedness by police, use of disproportionate force and atrocities by police force in any parts of India, we are generally reminded of police reforms based on Prakash Singh Judgment. Recently we have also seen the role of police in Karnal (Haryana), Darrang (Assam) Lakhimpur Kheri (Uttar Pradesh), Tripura and custodial death of Altaf at Kasganj in Uttar Pradesh.

On 22 September, 2006, the Supreme Court had laid down seven directives to be implemented by states on police reforms aimed at putting a mechanism in place in order to make police force more professional and accountable. Even after 15 years of directives of the Supreme Court not a single state or Union Territory is fully compliant with these directives in totality. 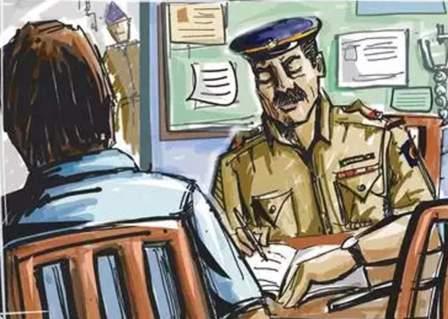 Chief Justice of India, NV Ramana has also expressed concern on the role of police force, their proximity with the government in power and had said that after change in the regime these police officers may have to face the music. The CJI has also proposed special panels headed by High Court Chief Justice to probe atrocities by police.

Experts believe that CJI should intervene to get Prakash Singh judgment implemented to address his concern on the role of police force and to ensure that there is rule of law. We all know that without police reform it would be almost impossible to have rule of law. It is also important for the rule of law, be it state or the center there should be governance as per the tenets of the constitution.

According to Brajmohan Saraswat, former DGP Uttar Pradesh, “I feel though intention of the honourable CJI seems to be worth appreciating, but all these issues were considered and taken care in the eight volumes Police Commission Reports headed by Mr Dharamvira ICS. These eight volumes report was submitted between 1979 and 1981.The commission was set up after large scale atrocities committed by police during Emergency Period from 1975 to 1977.”

“If these reports are implemented, we may see remarkable change in our police department. These reports are based on the practical aspects of police working. The reports of Commission need a re-look. In my opinion, implementation of these reports is the need of the hour, not what honourable CJI has suggested, the former DGP added.

As per the NPC report, on the complaints against the police, “The Commission recommended that a judicial inquiry should be made mandatory in the following categories of complaints against the police like alleged rape of a woman in police custody, death or grievous hurt caused while in police custody and death of two or more persons resulting from police firing in the dispersal of unlawful assemblies.

“The judicial inquiry should be held by an Additional Session’s Judge nominated for this purpose in every district by State Government in consultation with the High Court. He will be designated as the District Inquiry Authority (DIA) and be assisted by an assessor. The DIA shall send the report of the inquiry to the State Government. It will be mandatory on the part of the government to publish the report and decisions taken thereon within two months of receipt of the report. The DIA shall also serve as an independent authority to oversee the ultimate disposal of complaints dealt with departmentally. To oversee the satisfactory implementation of the entire scheme, a Police Complaint Board should be set up the state level,” the report said.

D P. Agarwal, former Chairman of the Union Public Service Commission of India (UPSC) said, “What CJI is saying is what everybody is saying. The judgments of the courts in cases of police atrocities are not exemplary. One of the issues creating present mess is the whimsical transfers by the governments wherein good officers given transfer penalties and rogues continue with plum postings. In Prakash Singh judgment, the Honourable Supreme Court had decided the transfer policy based on performance and fixed tenure at a posting. The same has not been implemented by most of the states. Similarly the ruling on DGP selection through UPSC is also followed by only a handful of states.

“When I was Chairman of UPSC, I persuaded some of the states to come to UPSC for DGP panel as per Supreme Court judgment. We also developed an exhaustive matrix for the assessment of the candidates for the post of DGP. The format was also shared with the Supreme Court. The major problem is that Supreme Court judgment in Prakash Singh case has not been implemented.

“Nobody has stopped the Supreme Court to do police reforms. The least they can ensure is the implementation of their own judgments. A single monitoring committee was formed but it did not achieve results. It will create a great public faith if the honourable CJI lays a time bound calendar for police reforms,” the former chairman of UPSC added.

“The Chief justice’s statements on police atrocities and political interference in policing are important and it should serve as a reminder to magistrates and judges that they have the responsibility to keep police illegalities and excesses in check. This year marks fifteen years of the Supreme Court judgment (in Prakash Singh and Others vs. Union of India and Others 2006) where the court laid down seven directives on police reforms intended to put in place mechanisms to make policing more professional and accountable.

However, 15 years ago, the Supreme Court had issued directives in its 2006 judgment for police reforms in the case of Prakash Singh vs. Union of India. As per the findings of Commonwealth Human Rights Initiative (CHRI), not a single state or Union Territory fully complies with those directives till today.

The seven directives are:

1. To limit political control it was advised to constitute a State Security Commission (SSC) in order to ensure that the state government does not exercise unwarranted influence or pressure on the police, lay down broad policy guidelines; evaluate the performance of the state police. On implementation, reports are available that that out of 28 states, 27 states have established SSC. Odisha is the only state which has not established SSC. Karnataka is the only state which has made the recommendation binding.

2. Tenure and selection of DGP based on merit to ensure that the DGP is appointed through a merit based transparent process and there is fix tenure of minimum of 2 years. Only two states Arunachal Pradesh and Nagaland fully comply with this directive. Two states partially comply while 24 states are non-compliant.

3. Minimum tenure of key field level officers. This directive was to ensure that other police officers on operational duties are also provided a minimum tenure of 2 years. So far seven states like Andhra Pradesh, Arunachal Pradesh, Gujarat, Kerala, Madhya Pradesh, Manipur and Nagaland comply fully with this directive while 21 states are non-complaint.

5. Set up fair and transparent systems: Under this directive states were asked to set up a Police Establishment Board to decide and make recommendations on transfers, postings and promotions of police officers of and below the rank of DSP. Only two states Arunachal Pradesh and Karnataka comply fully with this directive, 5 states are partially compliant while 20 states are non-compliant.

7. Set up a selection commission: Under this directive a National Security Commission was to be set up at the union level to prepare a panel for selection and placement of chiefs of the Central Police Organisations with a minimum tenure of 2 years. On this directive, there is no compliance report available as per findings of CHRI’s latest compliance note.