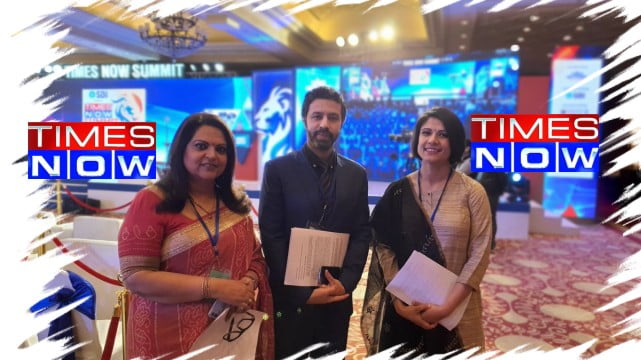 IT SEEMS even hardcore journalists working in Times Now, a media house openly and unabashedly working as a public relations platform for the Modi-Amit Shah regime, are now finding it difficult to breathe. A stinging letter penned by unnamed “former and current employees” of Times Now is now tearing through the internet and social media platforms as a Banner of Revolution.

The Peoples Media Advocacy & Resource Centre has put out this letter. Well known academician, economist and public intellectual, Prof Amit Bhaduri, has reached out to several media houses with a request to make this letter public.

At Punjab Today, we believe voices crying out for correctives in journalism need space, backing and solidarity, and hence, we are putting it up with a high-five!

Text of the letter:

The beleaguered and disillusioned employees of Times Now

We, the former and current employees of Times Now, never imagined that we would come to a situation where we would have to write an open letter to remind the editors of the channel about the basic ethics and values of journalism. 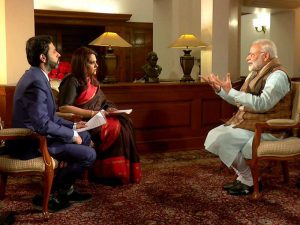 But what Times Now is doing in the name of “journalism” these days is nothing but blatant PR for a government that has failed on every count and let down the people of this country.

Even as we write this letter to you, some of our colleagues and their families are paying the price because of the government’s incompetence in dealing with the COVID19 situation.

As journalists, we have all the information about what’s happening around us. People are waiting in ambulances or on streets to get a bed in a hospital.

Even worse, critical patients have to gasp and gasp and gasp for breath for hours, before they get Oxygen support. Some of them die while waiting. Life saving drugs are unavailable and good samaritans on social media platforms seem to be doing more than the government in helping the patients find these facilities.

A prominent hospital in the national capital had to approach the High Court to get oxygen cylinders from the government to keep its patients alive. Hospitals have to tweet tagging the authorities to highlight how they are running short of Oxygen. States are fighting with each other claiming the Oxygen to be “theirs”. This is the reality we are living in today. 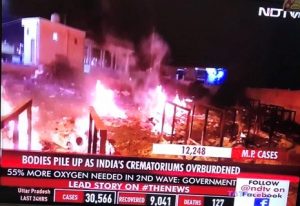 The entire system has collapsed. Let there be no doubt about that. More than this being a medical emergency, it’s a humanitarian crisis that’s unfolding right in front of our eyes. And what are we, as journalists of a powerful brand like Times Now, doing for the people of this country?

We still blame the opposition. We divert attention from real issues. We discuss overtly communal Hindu-Muslim stories. We spin every story that is not in favour of the government. And we maintain absolute silence when it comes to questioning the inept central government.

We do not have the courage to even take Narendra Modi’s name and criticize him for the current mess we are in. We cannot even add a picture of Amit Shah while showing visuals of other opposition parties who are violating COVID19 guidelines by organising large rallies in election bound states. That’s how spineless we have become.

Remember how all of you used to cry “policy paralysis” during the UPA regime? Despite the entire system being in shambles now, have we even once called out the central government for its inefficiency?

It is very apparent that the editors of Times Now are not willing to hold the BJP government accountable for its mismanagement of COVID19 pandemic.

When thousands of Indians are dying across the country, the least that is expected of us is to ask tough questions of the government and show the the ground reality as it is. Instead we choose to find soft targets, engage in selective targeting of non-BJP governments and leaders and peddle BJP IT cell agenda.

Precious air time where people’s sufferings can be brought to the notice of the government is being used to target the farmers, which obviously suits the BJP agenda. This is a classic example of how media is trying to divert the attention from real issues.

Instead of asking questions to Prime Minister Modi for his callous attitude and misgovernance, the editors are hell bent on saving his image and protect him from getting a bad name.

It’s also disheartening to see how messages sent by members of BJP IT cell are cut, copied and pasted by the channel and how it becomes prime time debates, thereby setting the country’s news agenda.

Messages posted by a turncoat, a troll and a government lobbyist Shehzad Poonawala becomes the top story and he ends up getting more air time than the channel’s own reporters and editors.

What have we reduced ourselves to? A channel that consistently spoke for the voiceless janta, has now become a full blown propaganda machinery of the government. The channel that claims to put the nation first is oblivious to the sufferings of its own citizens.

When will you speak up for the people? When will you stop forcing your entire editorial team to work for the BJP’s agenda? How many dead bodies you want to see before turning around and holding the government accountable?

Is your privilege blinding you from seeing how people on ground are suffering? How much more blood do you want on your hands?

Respected editors, your choice is simple: Be on the side of humanity or be on the side of BJP. If you choose the latter, you are not only failing this profession, but also this country and its people.

To colleagues in other national channels, stand up and speak out. If we don’t do it now, history will never forgive us.

Beware! You can be charged with sedition if some hacker plants some “incriminating” files on your electronic/digital device.