The Guardian view on the Afghanistan withdrawal: An Unwinnable War 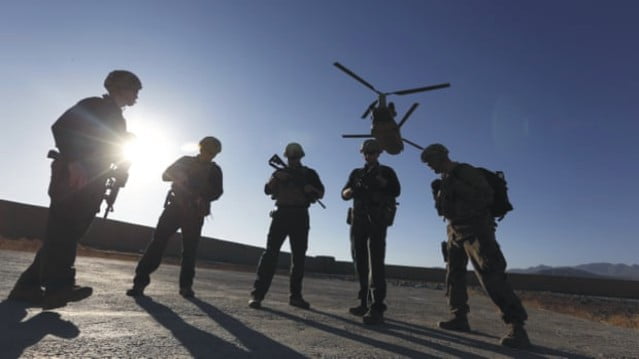 The nation-building claims that were made about Afghanistan and, later, Iraq have been exposed as unachievable.

Britain’s former prime minister Harold Macmillan is said to have told colleagues that the first law of politics should be “never invade Afghanistan”. It was a lesson that imperial Britain had learned the hard way, following three separate casualty-strewn incursions in the 19th and 20th centuries.

After 11 September 2001, when al-Qaida radicals, based in Afghanistan and protected by the Taliban government, successfully attacked New York and Washington, the lesson was quickly forgotten.

Instead, the United States, backed by Britain and Nato, launched a retaliatory campaign to destroy al-Qaida and overthrow the Taliban.

After spectacular initial success, marked by the unexpected collapse of Kabul and massive bombing of the al-Qaida presence in the eastern mountains, the military campaign became overcommitted and, in the end, even faced defeat. Long attritional years of civil conflict followed.

This week, almost 20 years in, Joe Biden has decided America has at last had enough of an unwon and unwinnable war.

In his televised address, Mr Biden announced that nearly 10,000 US and Nato troops – including 750 from the UK – will start pulling out within weeks.

“We cannot continue the cycle of extending or expanding our military presence in Afghanistan, hoping to create ideal conditions for the withdrawal and expecting a different result,” the president said. He is surely right.

The US president’s announcement exposes some of the limits of 21st-century American power. It is true that, while the US has been engaged in Afghanistan, education has blossomed across much of the country, including for girls, who were largely excluded by the Taliban. Life expectancy, now at 65, has risen each year. But these gains remain fragile and their future is highly uncertain.

When the Russian-backed Afghan regime collapsed in the early 1990s, the Taliban were able to take back control quickly. The same thing may happen after America’s departure 30 years later. Peace talks are continuing, but the Taliban will now have less reason to treat them seriously.

Mr Biden’s decision marks the death of a particular kind of American hubris. New forms of warfare, increasingly technologically ambitious and involving fewer ground troops than in earlier wars such as Vietnam, were championed two decades ago by the former US defence secretary Donald Rumsfeld. They have not achieved the goals that he claimed. Winning this kind of war without major troop commitments has not worked.

Afghan opinion has been more divided and is marked by greater hostility to the US than the simplistic western assumptions of 2001 ever allowed. Regional hostilities have not been overcome. American public opinion has also become increasingly hostile towards committing to the conflicts.

The nation-building claims that were made about Afghanistan and, later, Iraq have been exposed as unachievable. A lot of this was predicted and predictable when the conflict was launched. But there is very little satisfaction to be drawn from seeing it come to pass amid continuing uncertainty and insecurity for so many Afghan men and women.

Beware! You can be charged with sedition if some hacker plants some “incriminating” files on your electronic/digital device.

People bent on committing hara-kiri with leaders egging them on!