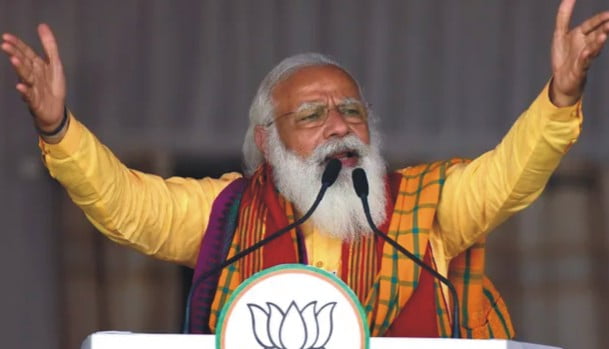 POLITICAL hubris met pndemic reality in India this week. At the beginning of March, the government of Narendra Modi claimed the country was in Covid-19’s “endgame”. India is now in a living hell.

A new “double mutant” variant, named B.1.617, has emerged in a devastating coronavirus second wave which has seen hospitals run out of beds and oxygen. Mortuaries are so full that bodies are left to decompose at home. Charities warn that the dead risk being left on the streets.

On Friday India recorded 332,730 new infections, the highest one-day increase in cases worldwide for the second day in a row. More than 2,200 deaths were recorded in the previous 24 hours. Nations have either banned flights from India, suggested avoiding travelling there or insisted visitors quarantine on their return.

Yet little more than six weeks ago, Mr Modi, with not even 1% of the population vaccinated, declared that the country was the “world’s pharmacy” and signalled that pre-pandemic life could resume. Superspreading took place when thousands filled cricket stadiums and millions of Hindus took a dip in the Ganges during the Kumbh Mela festival. 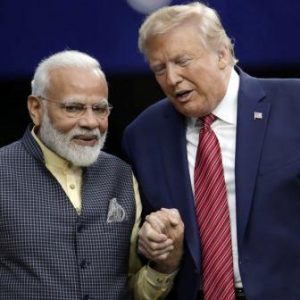 Like Donald Trump, Mr Modi would not give up campaigning while the pandemic raged. India went ahead with five state elections in April, and an unmasked Mr Modi held huge rallies. Mr Modi’s brand of Indian exceptionalism bred complacency. A presumption of national greatness has led to a lack of preparedness, most notably in vaccine production.

The west had encouraged India to become a linchpin in global drug-making, but this week Angela Merkel, the German chancellor, suggested this might have been a mistake. China and the US are now manufacturing more Covid-19 vaccines than India, which has yet to convince Washington to ease export controls, forcing the country to import jabs from Russia.

The Indian PM suffers from overconfidence in his own instincts and pooh-poohs expert advice. His ministers turned on a former Congress prime minister for daring to offer them counsel just before he was admitted to hospital with Covid this week.

Last year, Mr Modi sprang a draconian sudden lockdown on India’s billion people. A shutdown without warning went against the advice of the country’s top epidemiologists, but suited his taste for dramatic gestures.

With a younger population, the proportion of Indians who died from Covid-19 was going to be lower than other nations. While suspicions about undercounting the dead linger, an unfounded sense that Indians were somehow more immune to the virus has spread, unchallenged by Mr Modi.

Mr Modi has put the onus on state governments to clear up his mess. The buck stops with him. He should acknowledge and make amends for mistakes that have caused enormous suffering. He needs to engage with experts on how to uphold restrictions; ensure government delivery matches promises; and drop the sectarian ideology that divides when unity is required.

Future historians will judge Mr Modi harshly if he continues with the exceptionalist views that have led to a disastrous public health outcome.

Also Read: Beware! You can be charged with sedition if some hacker plants some “incriminating” files on your electronic/digital device.