Disillusion yourselves about the Talibans 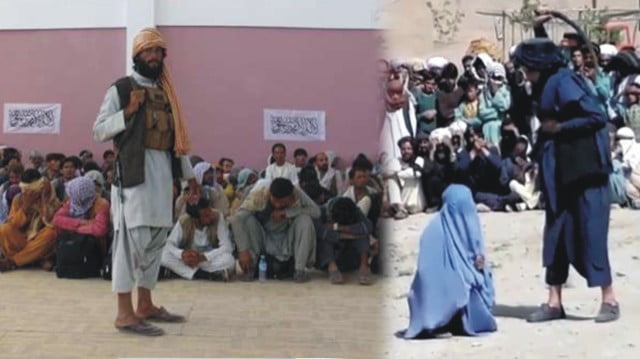 The Talibans are feudal minded bigots who wish to drag Afghanistan back into the middle ages.

Some people are saying that today’s Taliban is very different from the old Taliban. They are referring to some recent statements of Taliban spokesmen that all will be safe under Taliban rule.

Some people are saying that since the Talibans are no longer fighters but now are in government they will be more responsible.

All this is day dreaming. 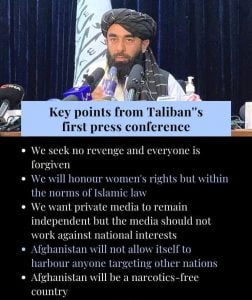 Here is the truth :

Firstly, the ideology of the Talibans is the same as it was earlier, i.e. Islamic fundamentalism. The Talibans are feudal minded bigots who wish to drag Afghanistan back into the middle ages.

The real problems of the Afghan people are massive poverty, unemployment, malnourishment, lack of healthcare, etc. The Taliban leaders have no idea how to solve these huge problems.

After some time the Afghan people will start agitating for a solution to these problems. Since the Taliban leaders have no idea how to solve them they will divert the people’s attention by imposing Islamic fundamentalism (just as in India people’s attention is sought to be diverted by building Ram Temple, cow protection, etc).

All women will be compelled to wear the burqa, and only be permitted to leave their homes if escorted by a male relative.

They will be stoned to death for adultery, and limbs of thieves will be chopped off, as prescribed by the sharia. Women will only be allowed to get religious education.

Secondly, the rank and file of the Talibans, who are unemployed, and now have nothing to do (since the fighting has stopped), will become looters to fill their stomachs, and oppressors of minorities (despite what the Taliban spokesmen have said), and the leaders will have no control over them. 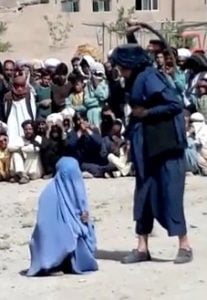 These rank and file will say that they have risked their lives fighting the Afghan army, and must now be given paying jobs, but since there are none, they will resort to hooliganism and looting, like the S.A. which helped Hitler come to power in 1933.

Thirdly, the Khyber Pakhtunkhwa province (formerly North West Frontier Province), which is one of the 4 provinces in Pakistan, and is 75% Pashtu speaking, will be soon Talibanised, since its people have strong cultural affinity with the Afghan Pashtuns.

A defacto Taliban government may be set up there, and sharia law imposed, with women being compelled to wear the burqa and other strict Islamic rules and sharia law mentioned above imposed (e.g. stoning a woman to death for adultery, chopping off limbs of thieves, public flogging, etc).

This will also affect the other 3 provinces of Pakistan, since there are plenty of Talibani mentality bigots there too ( e.g. Tehreeke Labaik ). If the Pakistani army interferes with the Talibanis in Khyber Pakhtunkhwa, guerilla war, in which the Talibans are experts, will begin. All this will destabilise Pakistan.

Some people say that the Chinese (who were the first to recognise the new Taliban Govt) and Russians will come into Afghanistan and create jobs. But the Chinese and Russians have the least interest in creating jobs. They have an eye on the minerals and vast natural wealth in Afghanistan which they wish to grab.

Interesting times are coming with the advent of the Taliban in Afghanistan.

As for India, it has no border with Afghanistan, so it is best for it to keep its hands off this madhouse.