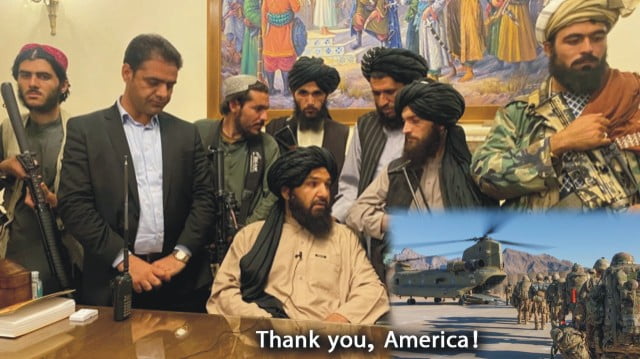 The Americans fought in Vietnam because they were obsessed with the domino theory, that if the North Vietnamese and Vietcong are not opposed militarily the whole of Vietnam, and thereafter all South Asian countries will become communist.

On the other hand, the Americans invaded Afghanistan in 2001 because they were infuriated over the 9/11 attack, and blamed the Afghans as they were harbouring Osama Bin Laden (although the 9/11 plane hijackers were almost all Saudis, and not one was Afghan).

The US Govt had to show to the American public that they were doing something in retaliation, and since Saudi Arabia could not be invaded (because of the oil), the best choice was Afghanistan, as invading that country would be perceived by many as a liberation war, to liberate the Afghans from the clutches of the barbaric Talibans who committed atrocities on women, imposed sharia law, etc.

But probably some time after the invasion the American authorities realised that in fact Taliban rule was beneficial to America, as the Talibans were nothing but feudal minded village idiots, whose aim was to create a hard line Islamic state, not the transformation of Afghanistan into a modern industrialised country.

Cost of labour is a big chunk of the total cost of production, and if labour is cheap, one can sell at a cheaper price and undersell goods produced by industries having expensive labour. 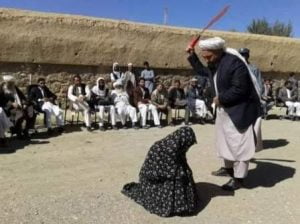 So for developed countries Taliban rule is good, as it will keep Afghanistan backward, feudal, and unindustrialised, since the Taliban are not interested in industrialisation but only in imposing harsh Islamic laws and practices (like sharia law of stoning women to death for adultery, chopping off limbs of thieves, forcing women to wear the burqa, denying them education etc).

Once we keep this in mind we will realise the difference between the conflicts in Vietnam and Afghanistan.

In Vietnam, the American military wanted to destroy the Vietcong lock stock and barrel, as it was perceived to be communist, and for this it conducted search and destroy missions, used planes to bomb the Ho Chi Minh trail and other Vietcong hideouts, including using napalm and agent orange, and deployed an armada of helicopters.

On the other hand, in Afghanistan the Americans were content in remaining in cities, and left the countryside to the Taliban. There were no search and destroy missions in Afghanistan, no bombing of Taliban held positions (except initially in the mountains of Tora Bora etc). There was no use of napalm or agent orange.

After 20 years of this ‘sitzkrieg’ and spending 2 trillion dollars on a meaningless conflict, the Americans decided to come home and hand over Afghanistan on a platter to the Taliban, which suits their interest.

The rapid disintegration of the Afghan army, which was nothing but a puppet army created by the Americans after their invasion in 2001, shows that this army was really a mercenary army recruited from amongst the unemployed Afghan youth who had no motivation except earn some pay to fill their stomachs.