Russia-Iran Defence Relations Gets a Boost 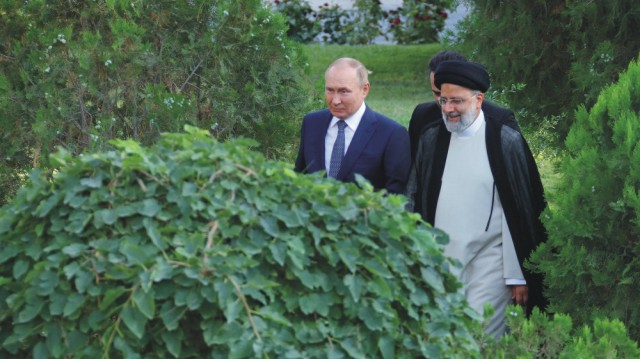 The apparent bonhomie between Iran and Russia, two ideologically opposed powers, seems rather surprising. But the reality of wider strategic gains can make one eschew ideology.

International politics, internal compulsions and various other external and internal threats and dynamics sometimes bring antagonist forces together. The wider compulsions force countries to forego ideological differences and stances and instead work unitedly for greater gains in the geo-political and regional level besides influencing global politics. 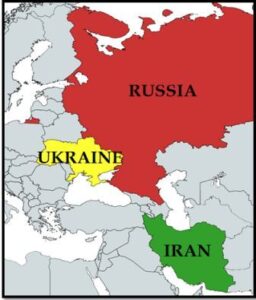 The latest example in such a scenario is that of Iran and Russia working together in the backdrop of the continuing Russia-Ukraine war and the U.S.’s cautious approach to tackle the emerging scenario.

It would have been unfathomable to think a Communist regime and an Islamic regime – to which Communism is a complete anathema, to come together, but strange indeed are the ways of economic and security compulsions.

It has been reported that Russia is buying Iranian-made missiles and drones in huge quantity and using them against Ukraine. This makes us ponder what is the real Russian intention to buy arms from not an ally but an ideological opponent and why not use its own stockpile of missiles and drones.

Recently, it has been reported that Iran is poised to send approximately 1,000 additional weapons to Russia, including short-range ballistic missiles and additional attack drones, the last shipment of weapons from Iran to Russia included about 450 drones.

Reports quote presence of Iran’s First Vice President Mohammad Mokhber, two senior Iranian Revolutionary Guard officials and an official from Iran’s Supreme National Security Council in Moscow, last month and apparently during their presence a deal was struck between the two countries, under which Iran would provide Russia with surface-to-surface ballistic missiles while 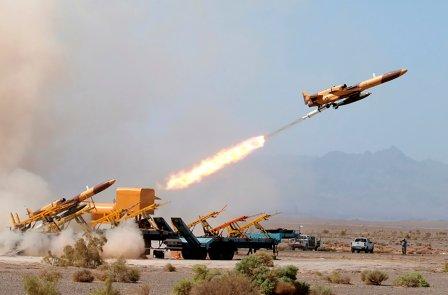 The Russians had asked for the Fateh and Zolfaghar surface-to-surface family missiles, according to sources. In response to this development Ukrainian officials have been quoted as saying that Ukraine currently has “no effective defence against these missiles. It is theoretically possible to shoot them down, but it is very difficult to do it with the means we currently have.”

In reality, Anti-ballistic Missiles (ABMs) can shoot down the Fateh and Zolfaghar missiles. However, Ukraine doesn’t have any effective ABM defences and it has asked the U.S. to supply it with ABMs, delivery of which has been withheld so farby the U.S.

Why Russia is buying from Iran?

This makes us ponder what is the real reason for Russia buying these armaments from Iran. In fact Iranian missiles present a perfect cost-effective option to strike at Ukrainian infrastructure, and in addition though they are crude yet they are rather accurate in reaching and destroying their target effectively.

In addition Iran has a huge stockpile of these indigenously manufactured missiles and UAVs or drones. In absence if it being currently not engaged in any big campaign apart from the proxy-war in Syria, it has a huge inventory of missiles, which could practically mean early use in effective numbers by Russia.

Further, procuring Iranian missiles allows Russia to conserve its more advanced and deadly tactical ballistic missiles, such as the Iskander, for a possible future clash with NATO. 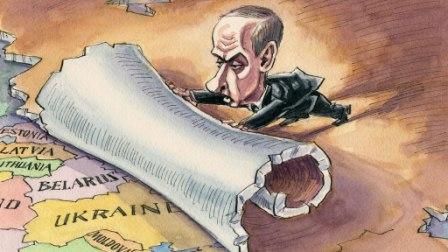 The Russian plan it seems is intended to use these missiles procured at a lesser cost to damage Ukraine’s power generation, command and control, and logistic infrastructure to the maximum extent possible before the onset of winter.

The Russian goal is to destroy the signals receiving stations from reconnaissance and surveillance aircraft of the U.S. and NATO.

These stations are equipped with radars that can track 600 ground targets simultaneously, and thus they effectively observe Russian troop movements and transmit them to the Ukrainian military.

In fact, the Ukrainian power generation infrastructure has been damaged significantly by Russian air strikes. Official Ukrainian estimates speak of the lost power generation capability from 30 to 40%. The damage was primarily achieved over three days od these attacks on – October 10, October 11, and October 31 – with cruise missiles, kamikaze drones, and air-to-surface missiles.

Now this leads us to another important question, what should be the response of the U.S., NATO and other Western countries to the Russian strategy?

The US could try to prevent delivery of Iranian ballistic missiles by pre-emptively attacking Iranian missile storage and transhipment facilities. This could be a reasonably effective option, but with the added danger of US being actively involved in the Russian-Ukraine war and further, most importantly, opening up a new front against its old foe Iran. This could further translate into a bigger regional conflict, from which the US would be unable to extricate itself successfully.

Further, the U.S. could also work to get a no-fly zone established over Ukraine. But this may entail parleys with other regional players and NATO countries and may also be seen as a direct U.S. involvement in the Russia-Ukraine conflict and the present Biden administration may not be ready to take such a big risk.

On the other hand through NATO, US could start supplying Ukraine with missiles with a range similar to the missiles provided by Iran, including the 300-kilometre range variant of HIMARS rockets, delivery of which the US has withheld so far.

Though in reality, longer-range weapons in the hands of Ukrainians may cause more pain to Russia but it would not prevent Russia using Iranian ballistic missiles from degrading Ukrainian infrastructure.

In the given scenario, the U.S. and other Western countries seem to be caught in catch 22 situation and seemingly unable to stop the supply of missiles and drones from Iran to Russia.