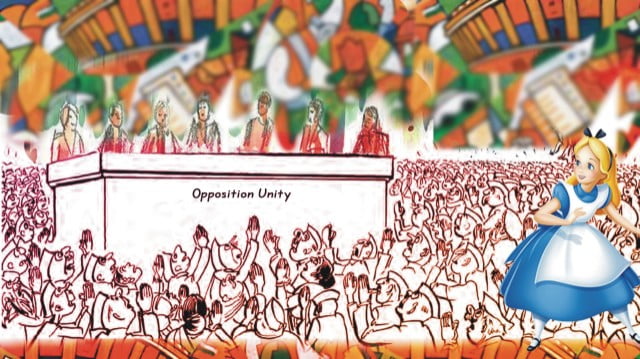 Who should be the Prime Minister if the Opposition Alliance won the coming parliamentary elections?

The day after Alice had dozed off in a meadow and dreamed of being in a country called Paagalkhana, she again went to the same meadow, dozed off again, and again dreamed of Paagalkhana.

This time she saw a large number of political leaders of Opposition parties gathered for a dinner party at the residence of one politician. They had assembled to discuss how to defeat the ruling Bade Jumle Party in the coming parliamentary elections by forming an alliance of all Opposition parties.

Now Paagalkhana had been ruled for several decades after its Independence ostensibly by a party but in fact by a dynasty which believed, like the English Stuart Kings, the French Bourbons, the Russian Romanovs, and the Austrian Hapsburgs, in the divine right of kings.

In recent years, no doubt, the dynasty had lost power to the Bade Jumle Party, but like Charles II of England or Louis 18th of France, it believed that sooner or later there will be a restoration. 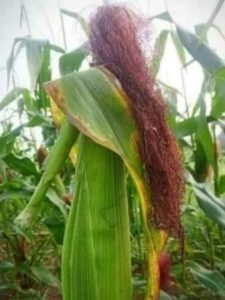 The foreign born lady who was referred to as the Dowager Empress of Paagalkhana (like the Chinese Dowager Empress Ci Xi) headed this dynasty party, and had been the defacto Prime Minister for long (having installed a puppet as PM), and she had looted thousands of crores of rupees from India and taken it to foreign banks and secret havens abroad.

Now she had only one mission in life, which was to see her worthless son installed as the Prime Minister of Paagalkhana (like her late husband, mother-in-law, and the latter’s father).

She attended this dinner gathering along with her son, but immediately announced that her party would join the alliance only on condition that it was agreed that her son would be made the Prime Minister of Paagalkhana if the alliance won the elections.

This statement provoked strong opposition from others present, who feared that if the dynasty again came to power they would all be reduced to puppets, as had often happened before. Since they did not agree, the Dowager Empress walked out of the meeting in a huff, towing her worthless son behind her.

Despite this, the other Opposition leaders decided to continue with the meeting. 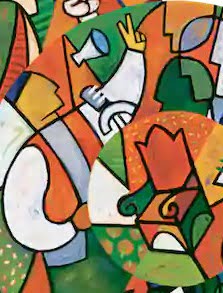 They first discussed who should be the Prime Minister if the Opposition Alliance won the coming parliamentary elections. After considerable wrangling it was agreed that the leader of each party will be Prime Minister for 2 months, at the end of which there will be another PM for 2 months (in alphabetical order of their surnames).

Thereafter, the common ideology of the Opposition Alliance was discussed, but it was soon realised that the various opposition parties had really no ideas in common. In fact they had no ideas at all, unlike the Bade Jumle Party which had ‘Hindutva’ as their ideology.

Some said that the main plank of the Opposition Alliance should be secularism, particularly since the Bade Jumle Party had spread communalism. But others said this would be counter productive.

The slogan of secularism will only get the 16% Muslim votes in Paagalkhana, but not the 80% Hindu votes, which may get further antagonised. In fact in the recent state assembly elections in Paagalkhana the dynasty party recognised this fact.

The Dowager Empress’ son had visited dozens of Hindu temples and got himself declared as a ‘janeudhari shivbhakt’, and had later visited Lake Mansarovar. A Chief Minister belonging to the dynasty party declared before his state assembly elections that if victorious he would build thousands of ‘goshalas’ (cow shelters).

They then discussed what should be in their Common Manifesto. Some said, rebuilding the economy, others of providing jobs to the unemployed, yet others of curtailing price rise and corruption, etc. But it was soon realised these promises had been made by all parties in the past, and now nobody believed in them, and they sounded hollow to the public.

Next arose the question of allocating portfolios if the Opposition Alliance won the coming parliamentary elections and formed the Union Government.

In fact this was the real issue everyone wanted to discuss. Everyone wanted the lucrative portfolios like Finance, Commerce, Industry, Home, etc (since they were all really in politics for lucre and megabucks, not for any principle or ideology), and no one wanted ‘phaaltu’ and ‘dry’ ministries like social welfare, women’s upliftment or sports.

The discussion on this issue became gradually so heated that the politicians gathered there started abusing each other, and then picked up the foodstuffs, plates, glasses, spoons and forks laid on the dinner table and started hurling these as missiles on each other.

All this pandemonium and bedlam made such a ruckus that Alice woke up, and realised it was only a dream.

Saudia plagued by an unIslamic practice