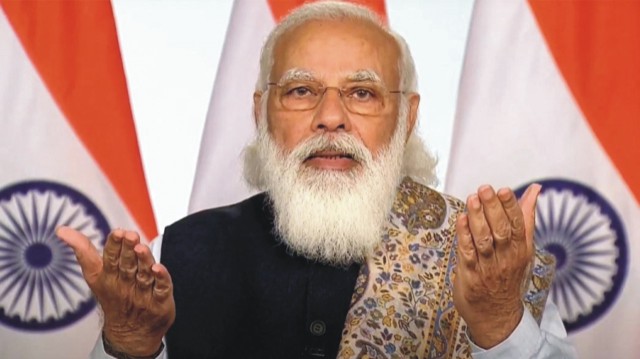 The delicate balance between the centre and the states is getting disturbed.

It is ironical that as chief minister of Gujarat, Narendra Modi was among the most vocal advocates for the rights of the states as per the spirit of the constitution. He had been demanding more powers and discretion to the states to manage their affairs.

He had also been pushing hard for greater fiscal autonomy for the states, was critical of the Government of India’s central schemes and had been arguing before the Planning Commission that it was unfair to force the states into rigid, one-size-fits-all, centrally-driven agendas that went against the grain of India’s federal structure.

He held on to this belief even on taking office as prime minister in 2014. He replaced the centralising Planning Commission with the NITI Aayog because the “States of the Union…do not want to be mere appendages of the Centre.”

Yet, rather than promote cooperative federalism through its policy actions, his government has carefully manoeuvred Centre-state relations to tilt the balance of power firmly toward the Centre.

This is being done through a mix of fiscal, administrative and institutional measures to reshape the nature and character of the country’s federal structure.

The controversial farm laws are one of the latest examples where the centre has sought to impose its will on a subject which had more to do with the states. Before coming out with the ordinance and subsequently passing the law, the centre did not consult the states on the issue or made any attempt at building a consensus.

It has similarly taken away crucial fiscal powers and resources from the states under the new GST law. It had failed to even transfer due share of funds to the states and had been asking the states to borrow money on their own. Even the states’ share in the divisible pool of taxes has come down despite recommendations of the Finance Commission.

Similarly while Modi as chief minister had been expressing himself against the practice of one-size-fits-all central schemes, his government at the Centre has actually created more – Ujjwala, PM Kisan, Swachh Bharat, Ayushman Bharat.

In several ways his government has beaten all previous records to build the personal branding of the prime minister.

In fact the second term of the government has witnessed even more aggressive efforts for centralisation. The government’s declared intention of one-country-one-everything has further hit the concept of cooperative federalism.

For a vast country like India with its range of diversity, it is unfair and unjust to impose all rules across the country. The needs and demands of each area and region are different. For example the demand of jobs under the central minimum job guarantee scheme would be different in states like Bihar and Uttar Pradesh with that in the states like Maharashtra and Punjab.

Even the controversial farm laws may be regarded by farmers of some states as beneficial or these may not adversely affect them in any way but the farmers from the granary of the nation think these would ruin them.

If lakhs of farmers are feeling so agitated by the farm laws why not exempt them at least for the time being or leave the issue to the states concerned to resolve. The government must think of the option to let the individual states decide on an issue which is essentially in the state list.

Some of the chief ministers, including Punjab chief minister Capt Amarinder Singh have been pointing to the increased attempt to weaken the states and not taking these along when important decisions are made.

It is obvious that the delicate balance between the centre and the states is getting disturbed. It is time to restore the balance.

Also Read: When a Government is Rattled by Twitter posts, Toolkits and Unsaid Jokes

When a Government is Rattled by Twitter posts, Toolkits and ....