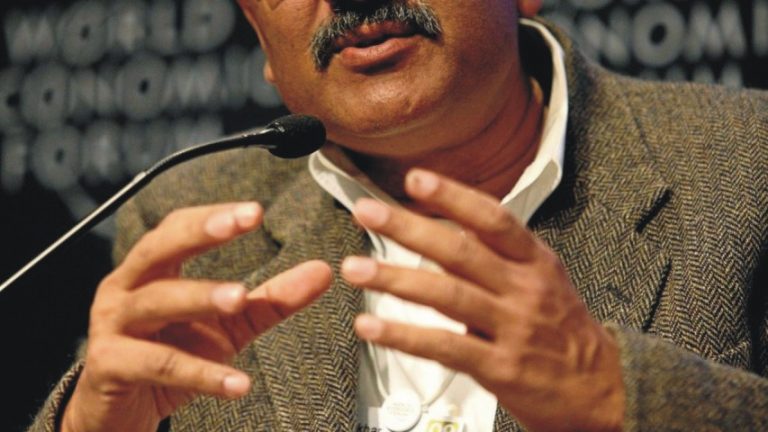 So what Gupta is telling us through his pieces is that he knows more than the Government.

SHEKHAR GUPTA’S new story and video comparing Bihar’s growth with Panjab is going viral. We will come to its point-by-point rebuttal but a few points before that.

a) Learning to read does not necessarily mean having to accept all material as truth. Learning to read means learning to question, learning to ask who is saying, what is being said, whose purpose is being served? It also means effectively using what we already know and our own common sense and trying to understand the text/video in front of us.

b) Shekhar Gupta is a journalist of long standing. In many ways, since I lived outside Panjab during the militancy phase of Panjab, in a world where English news played a greater role, he was one of the chief sources of information.

It is only when I encountered Panjab to write my own book, I realised how Gupta had drowned us all in a one-sided state narrative.

c) A journalist’s greatest asset is his/her credibility. Since I come from the prism of Panjab, I can see, in the last 7 years of rise of right-wing Hindutva government, how many of these so called liberal, journalists have showed up to be turn-coats.

How they have compromised, knelt down to an authoritarian government, Gupta is a good example. How all the mighty fall. Another example is MJ Akbar. There are many more, you know them.

Coming to the piece:

1) Notice how conveniently Gupta first discredits all political parties and then quotes their successes to further his arguments. This is how a forked tongue works.

He takes credit for the interview with Sharad Pawar, praises Pawar’s tenure as the best Agriculture minister but dismisses Pawar’s views on APMCs in the new Laws. Now Gupta, you cannot do both – praise Pawar and dismiss Pawar in the name of some objective truth.

2) Gupta is correct, over the past few years, many states have made modifications to their APMCs. Yet, has he checked how these modifications have changed the ground realities of farmer produce procurement?

I know about Panjab, Apni Mandi has not even taken off in last 7 years. I know of no state where these changes have worked. Point me to real examples.

3) All data is just numbers. Numbers mean nothing without context. Growth rates that Gupta cites need to be checked against a baseline. Where is that baseline?

When any state government starts getting its act together, like Nitish Kumar did a long time back, in his first tenure, the poorer states will have sharper increase. Better states will increase marginally.

Think of it of how when emaciated people get steady food, their weight suddenly increases. When weight stabilizes, other factors are needed to judge growth. So, these comparisons of numbers mean nothing unless we baseline them.

4) If Gupta is correct on Bihar becoming a fruit and vegetable producer, then why do all Bihar farmers not move into fruits and vegetables? Why do their farmers grow paddy?

Rohtas and Sasaram are now the most high paddy yielding districts, yet they sell their produce to traders for huge loss and traders sell the produce in Panjab where MSP is available?

5) If Bihar is doing so well, doing better than Panjab, then why does it still send labour to work in Panjab, Delhi, Mumbai, Bangalore, Kerala, and anywhere in the country where there are jobs?

Why did more than 10 million workers walk back to Bihar during the pandemic when Modi imposed the sudden lock-down?

Why could these workers not stay in Bihar and media reported many were returning back to cities?

6) If Bihar is doing so well, as Gupta claims, why did in the recently concluded Bihar elections, Tejashwi Yadav promise 10 lakh jobs to Bihari?

Why did then BJP sought to top the promise with 19 lakh jobs?

Also Read: Will Modi govt be able to wriggle out of situation?

We must understand that those who seek to misrepresent us, do so in two ways: either by villainising us or by praising us. Here Gupta is trying to praise Bihar because that will obfuscate any Bihari calling him out.

Gupta must understand that we Panjabis know our Bihari brothers. Every year Biharis come to Panjab to work, we hear their stories. We know their pain.

On the fourth day of negotiations, the farmer leaders asked the government to answer on Bihar. The government stayed mum. It had no answers.

So what Gupta is telling us through his pieces is that he knows more than the Government. Yet, even the government has dismissed him. More loyal than the …?

Gupta, there was a generation of India which bought your half-lies because they did not have the wherewithal to counter you, show you your place.

Now, there are more than enough of us to call out your forked tongue. Beware of what you peddle.

Also Read: A Punjab in negotiation: what did we get?