With elections on the horizon, Yogi back to the best he can do 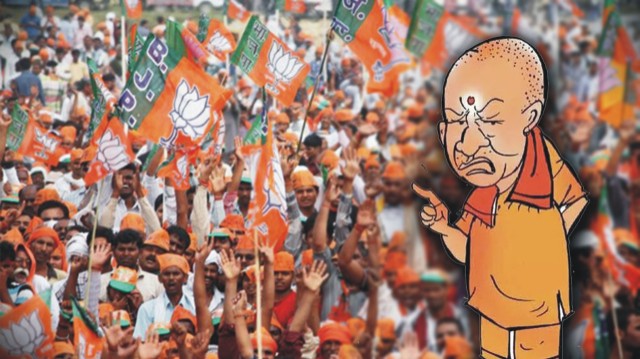 Did the voters of UP voted for the party with Yogi as prospective CM in mind!

Till seven days after the 2017 Assembly elections in Uttar Pradesh, which the Bharatiya Janata Party had won after 14 years, there were mere speculations about who could be the chief minister.

All through the high decibel electioneering, the BJP hoardings across the state had projected six party leaders. These obviously included Prime Minister Narendra Modi and Union Home Minister Amit Shah.

The other leaders whose names adored the banners and posters were Union Ministers Rajnath Singh, Uma Bharti and Kalraj Mishra besides party MP Keshub Maurya. None of them were, however, projected as a chief ministerial candidate.

Five-time MP from Gorakhpur, Yogi Adityanath, who was known for his aggressive and communal campaigning style, was not considered even in contention for the top post. 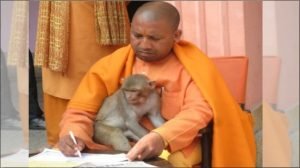 Evidently after a nudge and push from the Rashtriya Swayamsewak Sangh, the BJP’s legislature party meeting declared him the leader and set stage for his becoming the Chief Minister.

The question is: Did the voters of Uttar Pradesh voted for the party with Yogi Adityanath as prospective Chief Minister in mind! The answer is a resounding NO.

The entire campaign of the party was focussed on development of the state, generation of jobs, end to the lawlessness “backed” by the Samajwadi government and equal opportunities for all.

Even though some leaders like Yogi Adityanath had attempted to inject communalism and religious divisiveness in the campaign, and in some areas like western Uttar Pradesh the BJP might have benefitted from their viscous campaign, it was not the leitmotif of the party’s manifesto.

Soon after Narendra Modi was elected prime minister for his second term in 2019, he gave a very reassuring speech. 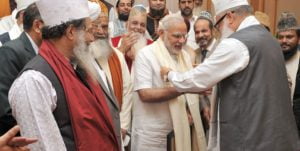 It appeared that he was giving a final burial to the communal card when he said : “We are for the 130 crore people of the country, we cannot differentiate between anyone. We cannot differentiate on the basis caste and religion or region. We have shown how to achieve Sabka Saath, Sabka Vikas (development for all) and now we have to win Sabka Vishwas (trust of everyone)”.

To give due credit to his government there was a dramatic decrease in the instances of communal incidents after his speech though sporadic and highly condemnable incidents did continue to take place in some parts of the country, particularly those ruled by the BJP.

Even Yogi Adityanath appeared to had toned down his speeches although his communal bent of mind did show up in his references the Muslim community. He had been questioning why more money was spent on making Kabaristans than on cremation grounds or why more electricity was provided on Eid rather than on Diwali.

His communally-laced vocabulary had become part of his statements and Yogi rarely minced words but there was a certain lull over the last few months.

Now Yogi is back with his venomous best. As poll bugle has been sounded and Assembly elections are just about six months away, he has stepped up on the gas and has got into a mode in which he has few peers.

His thinly veiled latest jibe is on the people who call their father “Abba jaan” insinuating that all the benefits were earlier being directed at the community who would digest these with glee. 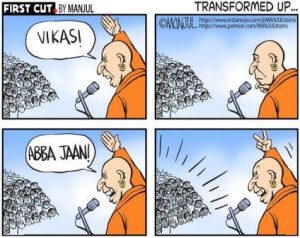 He said this even while mouthing in the same breath that his Govt stood for “Sabka Saath, Sabka vikas, Sabka Vishwas”.

It is ironical that while on the one hand the BJP is touting that it believes in “labharthi” (beneficiary) politics, or benefits for all deserving without any discrimination on the basis of cast or creed, on the other its leaders like Yogi Adityanath are bent upon injecting the communal virus in an apparent attempt to consolidate a majority section of voters by raising the bogey of appeasement.

Why are our institutions like the judiciary, the election commission and even large segments of media continue to maintain silence over such attempts at dividing the society is something for these institutions to ponder on. As regards the voters, there would be enough diversionary issues for them in the coming months.