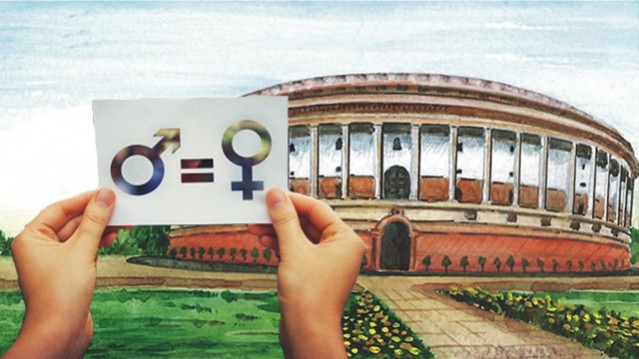 India stood 149th in a 2019 list of 193 countries ranked by the percentage of elected women representatives in their national parliaments.

Despite half the population comprising of females, the representation given to them in the electoral process in the country continues to remain abysmally poor.

Several political parties, including the Congress, have been promising at least 33 per cent reservation for females but these parties back out when it comes to distribution of tickets on the grounds of them lacking the winnability factor.

Yet keeping in mind their voting strength, all kinds of sops and gifts are announced for women voters.

This time washing machines are being offered to the female voters in Tamil Nadu while free gas stoves, cash for doing household work, attractive concessions for the girl child and similar incentives are promised to woo the female voters.

The current elections in the four states and a union territory, unfortunately, repeat the story.

Tamil Nadu which had seen a strong and popular chief minister is Jayalalithaa, tickets given to women by different political parties constitute just about 10 per cent of the tickets given.

Kerala, which has one of the best literacy rates in the country, finds only 9 per cent of females among the candidates in the fray. In Assam the representation is still lower at 7.82 per cent.

In West Bengal, where a strong chief minister Mamata Banerjee is seeking re-election for the third time in a row, the situation is not much better.

Trinamool Congress has given tickets to 50 women candidates which constitutes about 17 per cent of the total tickets to women.

This is definitely much better than the BJP which has given tickets to only half that number of women in the state, but is still far from the ideal representation as per the population of females in the country.

In the 2019 Lok Sabha elections, only 724 women candidates contested as opposed to the 7,215 male candidates which is just 10’per cent of the total number of candidates. 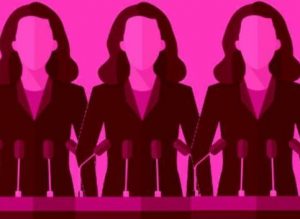 Women currently represent merely 14 per cent of India’s lower house, a slight 3 per cent increase since 2014, when 61 of 636 women candidates had won.

Ironically while there is a constitutional provision for reserving one third of seats for the panchayat elections, none of the major political parties are ready to provide such a provision for Assembly and Lok Sabha elections for women.

Interestingly when parties do grant women tickets — such as the 8.8 per cent women fielded in 2019 General Elections — a large number of these contests are for reserved seats, designated for scheduled castes and scheduled tribes. 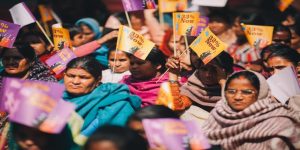 Not surprisingly, India stood 149th in a 2019 list of 193 countries ranked by the percentage of elected female representatives in their national parliaments. It is actually even behind Pakistan, Bangladesh and Afghanistan!

The latest report of the annual World Economic Forum, released last week, paints a sorry picture with India being ranked at 140 position among 156 countries in the gender gap rankings.

The Forum basis its data on four parameters of education, health, economic opportunity and political empowerment to arrive at its conclusions.

If the political parties develop weak knees when giving due representation to women while allocating tickets, it is time that the Constitution is amended and like in the case of panchayat elections, such minimum representation must be ensured for females in state assemblies and Parliament.

Also Read: Centre wants to give farmers what they wanted, Farmers all set to fight against it