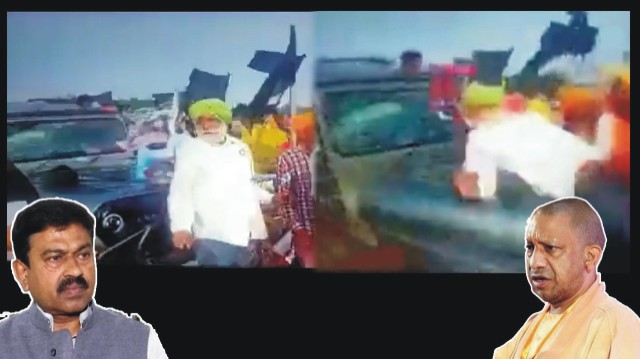 A thirty seconds video, which shows a vehicle ploughing into a group of farmers walking back from a protest site, has gone viral on the internet. It not only exposes the inhumanity of the perpetrators, it reveals their confidence that they can get away with anything.

The Lakhimpur Kheri incident in Uttar Pradesh didn’t happen in isolation. There was a build up for such an eventuality to take place by people like union minister of state Ajay Mishra who had been giving provocative speeches against the farmer agitation and threatening to show them their place.

In another speech which is making the rounds. He threatened that if he gets down to deal with the farmers to “unko bhagne ka rasta nahin milega” and claimed that there were only handful of leaders who had organised the protests.

In yet another another video he is seen showing a thumbs down sign to the protesting farmers as his cavalcade passes from the protest site.

It was clear that Mishra was trying to provoke the farmers and it is not possible that the state government was not aware of this. By not initiating any action and by not asking him to restrain himself, the government and his party appeared to be encouraging him. 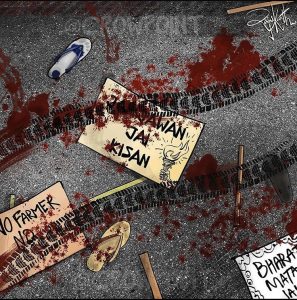 And now, even after more than two days of the horrific incident, no action has been taken against him and his son who is alleged to be driving one of the vehicles which hit the farmers.

The Uttar Pradesh government has also clamped down heavily against political leaders visiting the site. Priyanka Gandhi, who is the general secretary of the Uttar Pradesh Congress Committee was held up without any arrest orders for two days.

The Uttar Pradesh government has imposed Section 144 CrPC restricting gathering of more than five persons across the state. While it can justify it by saying that the steps are being taken to check any further spread of violence, it is equally important for the government to take action against the union minister and his son.

Even prime minister Narendra Modi, who visited Lucknow the day after the incident, did not utter any word about the incident. He offered no sympathy for those who had died and has not asked his minister to resign despite demands from all quarters.

Mishra remains at the helm of nation’s affairs as Minister of State for Home. He reportedly met his boss Union Home Minister Amit Shah and “explained” his position. Apparently Shah is also convinced that he didn’t do anything wrong.

It has also come to light that Mishra was involved in the murder of a youth 17 years ago and that a plea against his acquittal is pending. But all this baggage does not seem to appear the Bharatiya Janata Party as he is believed to be very influential and can get the crucial Brahmin votes for the party in the Uttar Pradesh Assembly elections a few months away.

The Supreme Court has now stepped in and taken suo motu cognisance. Hope it stands up to the blatant abuse of power in Uttar Pradesh.

Kohli proves himself to be 'Virat' off the field too!....