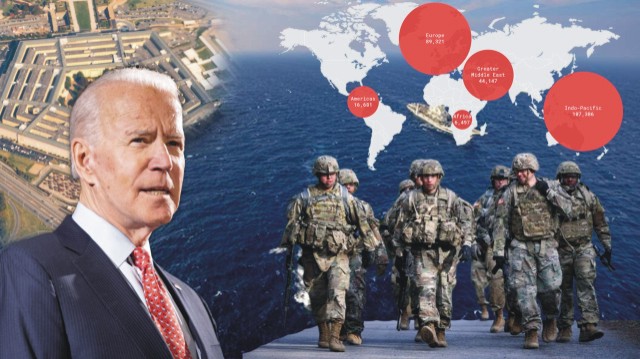 A new report released by the US Department of State speaks of adopting a new strategy in the Indo-Pacific and reallocate military resources globally.

In the last week of November, the Biden administration in the United States of America released a Global Posture Review (GPR), to ensure the footprint of American service members worldwide is correctly sized and supports strategy.

The Pentagon says that the review will help it “best allocate military forces in pursuit of our national interests” and it has sought to focus efforts on moving away from the Middle East and focusing on countering China.

The review also departs from the manner in which major decisions were made by the last administration that impacted the military and allies – often on Twitter with little discussions within administration and which often caught officials by surprise.

Pentagon maintains that in reality the review did not lead to any major changes in the distribution of United States troops around the world, but the details speak otherwise.

The review calls for improving United States military infrastructure in Guam and Australia and focussing more on QUAD and AUKUS agreements. Major details on other potential moves have not been made public, as the report has mostly been classified.

However, Mara Karlin, a senior Pentagon official said, on the Indo-Pacific we’re moving the needle a bit, but the review did not look at whether the military could fight two major conflicts at the same time or at the space, cyber or nuclear domains.

According to her the GPR calls for additional cooperation with allies and partners across the region to advance initiatives that contribute to regional stability and deter potential military aggression from China and threats from North Korea.

On its part, China said that the United States intends to militarise the Indo-Pacific region to contain China. Zhao Lijian, spokesperson for the Chinese Foreign Ministry said that China resolutely oppose the US move to increase its military spending and expand its military prowess to preserve its military hegemony on the pretext of the ‘China threat’ conspiracy. 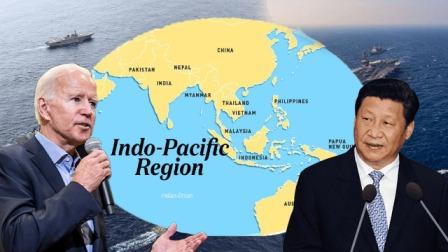 He urged the United States to abandon the Cold War mentality of fabricating an imagined enemy, and stop words and deeds that threaten international peace and security.

China has repeatedly said the deal poses a risk of nuclear proliferation in the region, and undermines regional peace and stability.

Impact on QUAD and AUKUS countries

Recent developments, such as the withdrawal of United States troops from Afghanistan, China’s rising military aggression towards Taiwan, and a dangerous Russian military build-up near the Ukrainian border, make such analyses more relevant. 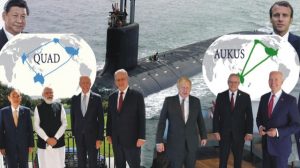 But what makes understanding GPR more interesting is the nomenclature, instead of analysis or review it uses the word ‘posturing’ which implies many perceptions of aggrandisement.

GPR calls for expanding or consolidating bases for which the United States needs access. Acquiring access usually requires a lengthy consultation process and is something only allies and partners can provide.

Though the AUKUS was billed earlier as supplying Australia with nuclear-powered submarines. But the objective of AUKUS now seems much bigger than that. The new accord is a critical component of Washington’s efforts to keep China from acquiring military dominance in the region.

United States Military officials in the Indo-Pacific have continuously warned about the challenge the US military faces in the region.

In September 2020, then-commander of the United States Indo-Pacific Command Admiral Phil Davidson warned that the US military was unprepared for Chinese missiles threats in the Pacific.

The United States military’s ability to act freely in Asian waterways and airspace has been hindered by China’s growing arsenal of missiles directed at US bases in Japan, Guam, and naval warships.

Moreover, after the withdrawal of the United States troops from Afghanistan, the review directs the Pentagon to continue its “Defeat ISIS” campaign and to continue analysing what the department’s enduring troop requirements are in the Middle East, as the counterterrorism mission is still on-going. 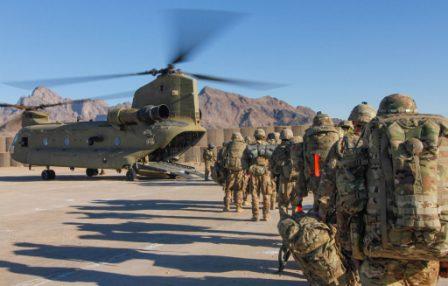 The commander of Special Operations Command, Gen. Richard Clarke, recently told reporters that the threat of terrorism hasn’t subsided but rather “metastasised” into other areas of the globe.

In Africa, the official said that the GPR is “supporting” several inter-agency reviews to ensure the department has the right force to monitor terrorism threats and support allies in Africa. The GPR did look at what was required for those counter-terrorism requirements and has a set of recommendations that are classified,he said.

The GPR however, comes before the National Defence Strategy and National Security Strategy, which usually outlines the United States administration’s longer term defence plans and that of the government in power, so ultimately it may turn out to be just a political gimmick by President Biden to bolster his anti-China stance, for the time being.

Would You Please Walk The Talk, Mr Prime Minister?