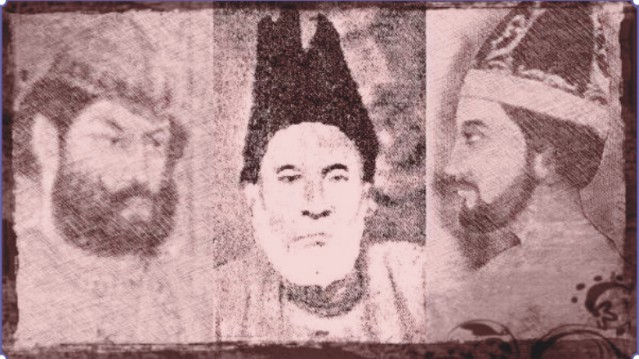 Many people think Urdu poetry is communal. On the contrary it is thoroughly secular.

“Imaan mujhe roke hai, jo kheeche hai mujhe kufr
Kaaba mere peeche hai, kaleesa mere aage”
i.e.
“Faith is holding me back, atheism is pulling me forward
Kaaba is behind me, the Church is in front”.

As explained in my article, Urdu poetry is not to be understood literally. The Urdu poets often write not directly but indirectly, conveying their meaning allegorically by allusions, hints, suggestions, metaphors, and indications.

Kaaba is the place in Mecca, which is the holiest place for Muslims. But in this sher (couplet) the word Kaaba must not be understood literally. By Kaaba Ghalib means feudalism or backwardness.

The word kaleesa literally means Church (of Christians). But here it means modernism.

So when Ghalib says he has turned his back towards Kaaba (i.e. he rejected it ), he means he has rejected feudalism and backwardness.

The word kaleesa in the sher means modernism, and therefore what Ghalib means is that he is a supporter of modern civilisation, and is against feudalism.

But when I was entering the tavern yesterday, the preacher was leaving”.

This is a subtle dig on religious clerics.

which means :
“Creeds are a delusion and religions merely false notions; From the beginning man’s mind has been a slave to superstitions”

which means :
“The world is sick of temples and churches;
pray for the safety of the traffickers in religion”

Many other such examples can be given from Urdu poetry. Great Urdu poets like Mir, Nazir Akbarabadi, Ghalib, Faiz, Firaq, Josh, etc wrote poetry which had no connection with religion.

And here are a few verses from the Urdu Ramayana of the great Urdu poet Chakbast:

After reading all this, how can anyone call Urdu or Urdu poetry communal?

PrevPreviousArchaic laws: PM says these must go but who will bell the cat?
NextAppointment to high offices in IndiaNext
Author Related Post
Related Post