Mumbai Police Chief Will Add To Republic’s TRP, and will do nothing more 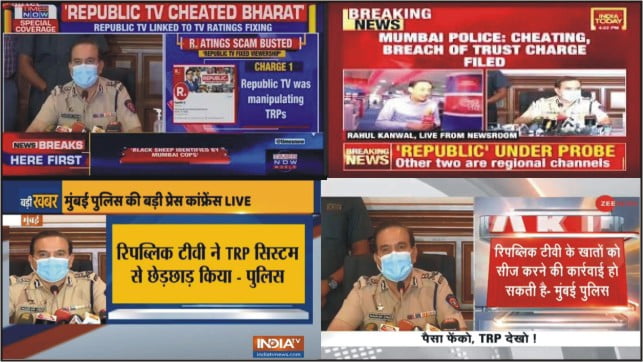 This is how a politics with a police mindset shoots itself in its foot. Mumbai police chief today ensured that Arnab Goswami’s channel figures on all channels, and for a channel that has already cornered the biggest pie of viewership, he has given its viewers reason enough to think that Arnab is the bravest of all and is being hounded by police and Shiv Sena-Cong govt.

If liberals are celebrating today, they should know one thing – this is the tool fashioned by autocratic rulers to silence anyone proving to be difficult. You use that tool and it becomes kosher for the autocrats to squash the liberals with it.

Of course, TRP meter system is flawed, corrupt practices are galore, and ad revenues are tied to the politics of the day, but then why not trust market mechanisms and usual legal avenues available to stakeholders to address the aberration?

Rival channels ostensibly losing revenue, due to this TRP corruption pointed out by Mumbai top cop, haven’t complained, but this cop is jumping on to a turf that he is hardly equipped to negotiate.

This one is bound to go Arnab’s way, and Param Bir Singh will be responsible for it.

Republic TV and Arnab are a product of a certain politics, and the response has to be imaginative politics, not police raids and cop threats to summon, arrest journalists or shut down channels.

If the entire brain bank available with veteran politicians like Sharad Pawar and Thackerays came up with this stratagem, then God help the defenders of free speech.

You have to defend the right to hurt in order to claim championship title of free speech defenders.

Yes, there’s a lot of hate speech passing off as journalism on rabid channels, but was this a method to tackle it? Via TRP bungling case led by police already seen in conflict?