Space Tourism: The Race To Get Tourists Is Heating Up 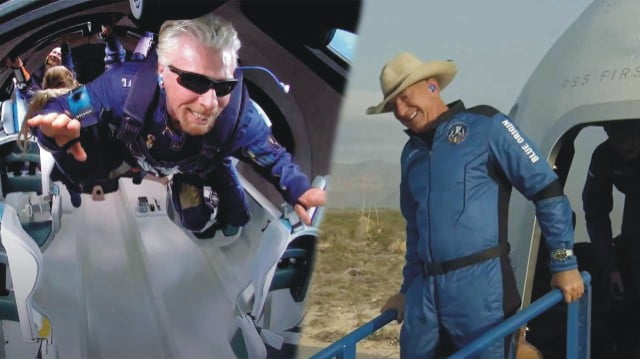 Such space tours will provide passengers with a brief frolic in zero gravity and glimpses of Earth from space.

We always read and listen that Earth is round which has also been experimentally and physically proved by many people. It always attracts people to see personally how fascinating it will be to see the curvature of earth.

Similarly, many of us might have experienced free fall in our lives but it would be totally different to the experience of weightlessness.

Free fall of an object is said to be its falling freely under the action of gravity only i.e., without any external resistance. Such situations can be easily encountered in daily life with swings, seesaw, handola, roller coaster and elevators.

But, weightlessness a condition when we are no more attracted by the gravity (force of attraction due to earth on other bodies) is difficult to achieve on earth. However, centrifuges to simulate micro gravity methods on earth are also catching up with time.

Thus, to experience the adventures of witnessing curvature of earth and weightlessness, along with other excitements, instead of flying in planes, space travel in space ships well beyond the boundaries of our Earth has always fascinated people. 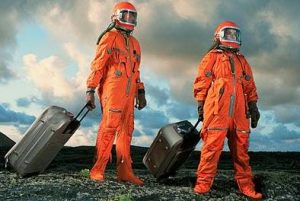 Space tourism is human space travel possible to all for recreational purposes and is going to become a big industry in the times to come. Different types of space tourism include: orbital, suborbital and lunar space tourism.

This is being done and planned in near future by some world class aerospace companies on commercial basis like: Blue Origin, Virgin Galactic and SpaceX.

The first self-funded ‘space tourist’ was US businessman Dennis Tito, who in 2001 spent a week aboard the International Space Station (ISS) for the sum of $ 20m (£15m).

Similarly, a Japanese billionaire Mr. Yusaka Maezawa is endeavouring to be the first civilian to orbit the moon and has signed a partnership with SpaceX to fly on the Big Falcon Rocket and complete the mission by 2023.

Space travel at present is already happening if your pockets are deep enough and there is no doubt that in the times to come, space tourism will emerge as a fascinating option of space travel to all.

It is expected that in the times to come space travel will not remain a joyride for rich people only as with the manufacturing of more spaceships the cost would come down.

Efforts being carried out in this direction by people like Richard Branson will encourage and motivate other entrepreneurs and industrialists to make a presence in this emerging field of entertainment and excitement.

Billionaire entrepreneur Richard Branson (71 years old) of USA on Sunday (11.07.2021) have made a maiden journey to the edge of space in his Virgin Galactic’s passenger rocket plane VSS Unity along with crew members (two pilots and four crew mates) after flying at Spaceport America near Truth or Consequences, New Mexico, US.

The Virgin Galactic carrier could have launched up to eight people (two pilots and six passengers).

After reaching an altitude of about 88 kilometres over the New Mexico desert which was enough to see the curvature of the Earth as well as to experience a few minutes of weightlessness the team made a gliding descent back to Earth.

It is heartening to know that one of the crew member was an Indian-American astronaut Ms. Sirisha Bandla. She is a 34-year-old aeronautical engineer, who graduated with a Bachelor of Science degree from the School of Aeronautics and Astronautics, Purdue University in 2011.

She also did her MBA degree from George Washington University in 2015. After, Wing Commander Rakesh Sharma, the only Indian citizen to travel in space, Sirisha Bandla has become the third Indian-origin woman to fly into space along with Kalpana Chawla and Sunita Williams.

Jeff Bezos’ autonomous Blue Origin rocket was launched on July 20, coinciding with the anniversary of the Apollo 11 Moon landing. Jeff Bezos was accompanied by Mark Bezos (his brother), Wally Funk, an 82-year-old pioneer of the space race, and an 18-year-old student.

A 10-foot-tall capsule with large windows and reclining leather seats detached from the booster and ascend beyond the Karman line 62 miles (100 km) above the Earth, where the passengers experience a few minutes of weightlessness and unforgettable views.

They then strapped back in and fell toward the desert ground with six parachutes.Not to be outdone, Elon Musk’s SpaceX will provide four to five days of orbital travel with its Crew Dragon capsule later in 2021.

Regarding the future environmental consequences of growing space tourism industry the space companies in race are already showing concern about the fuels they are putting in use for propelling the space ships.

Burning these propellants provides the energy needed to launch rockets into space while also generating greenhouse gases and air pollutants.

The SpaceX Falcon series of reusable rockets will propel the Crew Dragon into orbit using liquid kerosene and liquid oxygen. Large quantities of water vapour are produced by burning the BE-3 propellant, while combustion of both the VSS Unity and Falcon fuels produces CO2, soot and some water vapour. 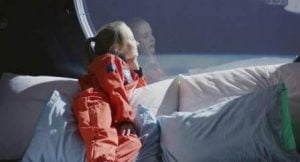 Several other companies are actively engaged and competing to launch the first civilians into space and their initiatives are briefly mentioned here.

• The last lunar landing by NASA took place in 1972 and today, many countries are interested in returning to the moon.

The United States is planning to send its first female to the Moon by 2024 and in this regard has a competition to choose a new lunar lander as part of its Artemis program. If this programme becomes successful, then people would not only land on moon but live there full-time.

• Under the flagship programme Virgin Galactic (the business Branson started in 2004) aims to fly private citizens to the edge of space.

The company has long been promising to enrol customers to take on short sub-orbital trips into space to experience rocket propulsion, observe the curvature of earth and feel several minutes of weightlessness, before gliding back safely to a runway landing on Earth.

The mission specialists with Virgin Galactic have evaluated different experiences that the company has promised to its future customers. Thus, many of the customers have already reserved trips to space with the company at a cost of US$ 250,000 per seat.

• Elon Musk’s SpaceX (an aerospace manufacturer) has announced in 2018 that they are planning on sending space tourists on a free-return trajectory around the Moon on the Star ship.

NASA has announced that starting in 2020, the organization aims to start allowing private astronauts to go on the International Space Station (ISS) with the use of SpaceX’s Crew Dragon and Boeing Starliner spacecrafts.

The trip is planned to be priced at US$ 35,000 per day and an estimated 50 million US$for the ride there and back for one astronaut.

Elon Musk’s SpaceX in May 2020 became the first private company to launch a human crew to Earth orbit in Crew Dragon. They are planning to offer stays on the ISS for US$35,000 per night.

Further, SpaceX is at present prototyping its huge Starship vehicle which is designed to take 100 passengers from Earth to as far afield as Mars for around US$ 20,000 per head.

Elon Musk has stated that he hoped to be operating 1,000 Starships by 2050.According to company, if all goes according to plan, the world’s first four civilian astronauts will be launched in 2021.

• Axiom Space (USA) is a commercial laboratory and residential infrastructure in space that will serve as a home to micro gravity experiments, critical space-environment materials testing, and private and professional astronauts alike.

The company is working on the possibilities of making Low Earth Orbit accessible to researchers, manufacturers, governments, and individuals. Axiom space has planned the launching of its first private-crew mission to the International Space Station in 2021.

The building of the first commercial space station in our solar system where space tourists can potentially live in space for several days in the future will be starting in 2024.

• Space Adventures Inc (USA) founded in 1998 is one of the older space tourism companies. The company reports already sending successfully the private citizens to the International Space Station using the Russian Soyuz rocket.

Space Adventures also hope to use the SpaceX Falcon rockets to launch civilians into space with a five-day Low-Earth orbit by early 2022.

• Blue Origin(USA) founded in 2000 and led by Amazon founder Jeff Bezos is another leading space tourism company. Bezos has recently announced to spend more time focusing on his other projects and one of them is Blue Origin. 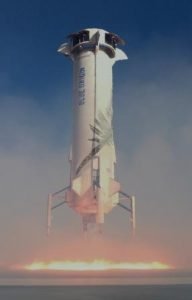 Blue Origin will offer low-earth orbit type space flights from its western Texas launch site. The New Shephard rocket system is planned to take up to six civilians to the fringe of space above the Karman Line for eleven minutes.

Passengers will arrive only two days before the flight to undergo training required for space travel. While in space, passengers will experience the weightlessness (i.e., Zero-G) experience and also to look out the large windows to see space and Earth.

All such like initial missions provide training opportunities for the space crew and companies. Once civilian space travel starts, they will be guided by professional astronauts and will be traveling to the edge of space for the experience of a lifetime.

Civilian space travel may finally become a reality in the times to come, however, there are safety and government requirements to conquer first. These successful space launches demonstrated the growing possibility of space tourism to desirous and financially capable tourists.

Such space tours will provide passengers with a brief frolic in zero gravity and glimpses of Earth from space. Hundreds of people have already booked their tickets with different space companies and begun training for a spectacular voyage.

Oxygen concentrators: How they differ from oxygen cylinders....

Padma Awards-2021 in Science and Engineering....

Computer Mouse – Problems Due To Excessive Use....

Dynastic Politics in India: No End in Sight....