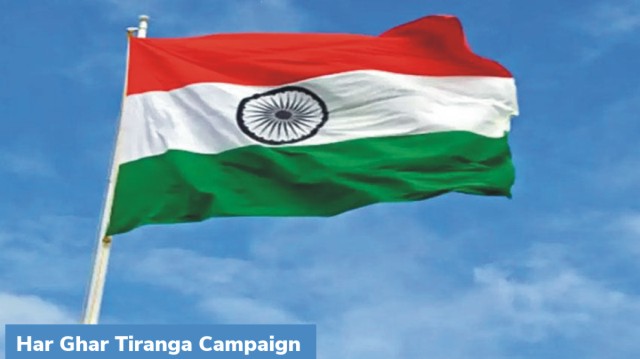 Need to Revive the Spirit of Tiranga

This August 15 we will complete 75 years of our freedom from British rule. This is a time to introspect and commit ourselves to the movement which got us freedom and to assess whether we are walking the path of the dreams of the visionaries of the freedom movement.

The government led by Prime Minister Narendra Modi has urged the people to participate in hoisting India’s flag, the Tiranga (Tricolour), on their houses between August 13 and 15.

It looks like another spectacle is being brought up on the lines of ‘taali’ (clap) and ‘thali’ (utensil) during the Covid-19 epidemic.

We as a country have derived the deepest of inspirations from Tiranga hoisting on our national days and on occasions when we have something to celebrate. Every August 15 and January 26, the same thing is done to remind ourselves of the deeper spirit of the national flag and to rededicate ourselves to the goals of the republic.

Why is it being done now as we celebrate the 75th year of independence?

On one hand it is a welcome move, at another level this is also the time when the spirit of our constitution is being trampled recklessly by targeting religious minorities, Dalits and women.

This is the time when our hunger index is competing with Nigeria’s. Unemployment and the inability to face regularly occurring natural disasters like floods are the order of the day.

This is also the time when we are disturbed that so many social workers, raising their voice for the poor and marginalized, are put behind the bars for their struggle to uphold the values of the constitution and to come to the aid of the victims of violence.

The arrests of Teesta Setalvad and R.B. Srikumar and putting fresh charges against Sanjeev Bhat is just the tip of the iceberg of the type of politics underway in the society. 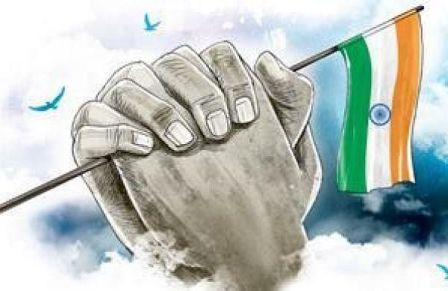 So while all the political moves are at cross purposes with the values which our Tiranga represents, what is the purpose of creating this spectacle? We also understand that though the BJP-RSS is presently projecting the Tiranga, it is deeply opposed to the values which it represents.

During the national movement, the anti-British movement had the Tiranga as its symbol. The RSS, the parent organization of the BJP, not only kept aloof from the movement but it did not accept the Tiranga. It has a saffron flag for itself.

When Jawaharlal Nehru became the Congress President in 1929 and the Congress gave a call to celebrate January 26, 1930 by hoisting the Tiranga, RSS opposed it and instructed its cadres to hoist the saffron flag instead.

The Tiranga was adopted as the national flag with a modification: the Charkha (the spinning wheel of Mahatma Gandhi) was replaced by Ashok Chakra.

Then RSS chief M.S. Golwalkar commented: “Our leaders have set up a new flag for our country. Why did they do so? It is just a case of drifting and imitating….Ours is an ancient and great nation with a glorious past. Then, had we not had a flag of our own? Had we not national emblem at all these thousands of years? Undoubtedly we had.”

And he told a Gurupurnima gathering in Nagpur on July 14, 1946 that the saffron flag in totality represented the great Indian culture. “We firmly believe that in the end the whole nation will bow before this saffron flag.” 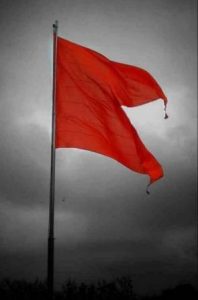 As India got independence, the RSS mouthpiece Organizer was scathing in criticizing the Tiranga. The August 14 issue demanded that the saffron flag be hoisted at the ramparts of the Red Fort in Delhi.

“The people who have come to power by the kick of fate may give in our hands the tricolour but it will never be respected and owned by Hindus. The word three is in itself an evil, and a flag having three colours will certainly produce a very bad psychological effect and is injurious to a country.”

The BJP is a dynamic organization. It did strategize the use of the Tiranga in due course. One recalls the party leader Uma Bharati using the Tiranga to communalize the Idgah Maidan issue in Karnataka.

Later, when Murli Manohar Joshi became the BJP president, he took out an ‘Ekta Yatra’ to Kashmir and hoisted the Tiranga in Srinagar under the protection of the Indian Army.

In due course, the so-called fringe elements of this politics started taking out processions through Muslim majority areas while waving the Tiranga in an intimidating way.

The present campaign planned for August 13-15 comes with a modified norm that the national flag need not be just made of Khadi, or homespun cotton popularised by Mahatma Gandhi. So, now polyester and other synthetic material will be used in abundance with adverse consequences to the environment. Can patriotism be generated by such moves?

Mere symbols don’t bring the substance unless values of Fraternity, Equality and Liberty are followed. These need to be highlighted while initiating any genuine campaign.

PrevPreviousThe re-energization of the policy machine is the need of the hour!
NextPost Pandemic Trafficking Of Children: A Howling From The Past And Fear For TomorrowNext
Author Related Post
Related Post