Mr Tharoor, what is a ‘well formed mind’ you talk about? 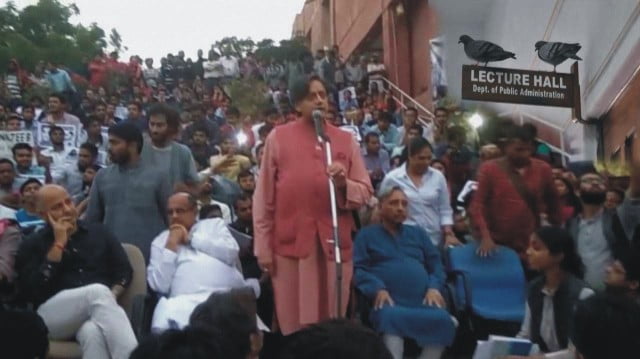 Tharoor also writes “We must celebrate a robust and pluralistic Indian democracy”. 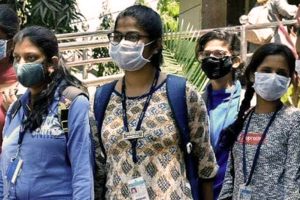 How has argument and debate helped our country? It has remained as backward and poor as before, with huge unemployment, appalling level of child malnourishment, almost total lack of proper healthcare and good education for the masses, skyrocketing prices, etc.

So what good has all the arguments and debates in our universities done to the country since 1947? 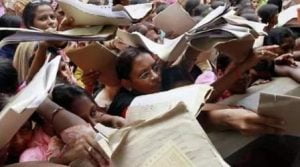 Tharoor also writes “The supreme purpose of a University in any democracy is to create well formed minds who can participate in our system, whose future depends on the citizens capacity to scrutinise their elected officials“.

The truth in India is that the main purpose of our universities was, and still is, to produce pompous bureaucrats to man our state machinery (IAS, IFS, PCS, IRS, IPS officers, etc), and pompous academicians whose heads are stuffed with bookish sterile knowledge, to man our universities and colleges.

What is a ‘well formed mind’ which Tharoor talks about? Indian universities only create minds full of bookish, sterile knowledge, if even that.

The main problem in India is our stagnant economy and rising and record unemployment. How have our universities helped in solving, or even alleviating, this problem ?

In his article, Tharoor speaks a lot about freedom. What he overlooks is that freedom must be used to create a better India, with its people enjoying a higher standard of living, and not just for letting out hot air. 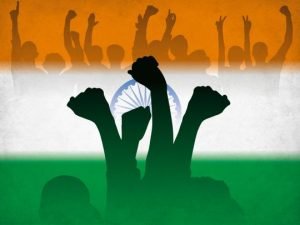 Liberty is necessary so that we have freedom to think and create a revolutionary theory. India needs a revolution to create a political order under which there is rapid industrialisation and creation of crores of jobs.

This is not possible under the present system of parliamentary democracy in India, as this largely runs on the basis of caste and communal vote banks.

Parliamentary democracy further entrenches casteism and communalism, which are feudal forces which must be destroyed if India is to progress.

So a revolution is imperative if we want to abolish poverty, unemployment, and the other social evils in India. But without a correct revolutionary theory there can be no revolutionary action. 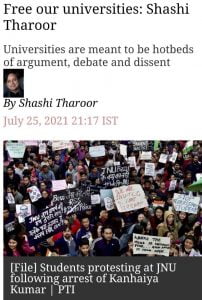 Have our universities helped in creating such a theory? Not at all. The only revolution the students in JNU etc have learnt is to shout “Halla bol, halla bol“, and the only ‘revolutionaries’ they have produced are frauds like Kanhaiya Kumar, who forgot all about revolution by contesting election from Begusarai in the 2019 Lok Sabha polls.

Tharoor also writes “We must celebrate a robust and pluralistic Indian democracy”. I cannot imagine a more fatuous statement. The democracy we have in India is largely based on caste and communal vote banks, as everyone knows. Should it be celebrated?

PrevPreviousHands off Afghanistan
NextSidhu In The Saddle — Can Captain And Men Revolt?Next
Author Related Post