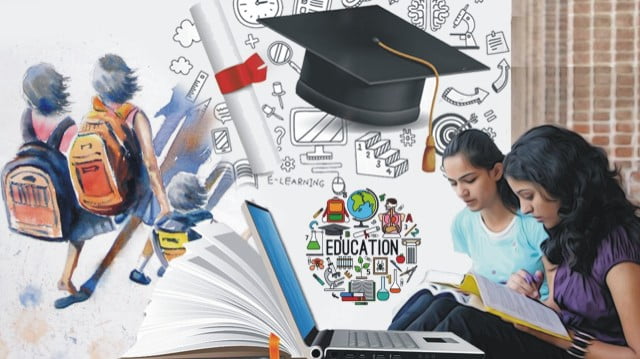 County’s education system needs to be remodelled as per the requirements and aspirations of today’s world, instead of taking it back to the old ages.

What is education? Answer to this question is multifaceted. Some say that it is the process of acquiring knowledge, skills, values and habits. Swami Vivekananda rightly said that, “Education is the manifestation of the perfection already in the men.”

Mahatma Gandhi said that,“Education is the basic tool for the development of the consciousness and the reconstitution of society”. However, recent moves by our policy and decision makers try to belie this belief, as these moves seems aimed at taking India back to the old ages. 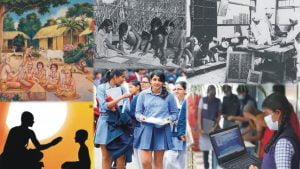 Education is a journey, which gives the art of living, not just the livelihood. It makes us learn how to nurture our life and be more creative. Education makes us understand our conflicts. Thus, education is not merely learning of facts but is to train our mind to think.

Education systems must provide opportunities to each and every individual to learn through experience and should help to develop critical thinking and problem solving skills.

However, in India the education system has evolved in a completely different manner. Instead of focussing on critical thinking, expressing new ideas and debating and writing critically on any issue, our students are forced to learn through the rote route. 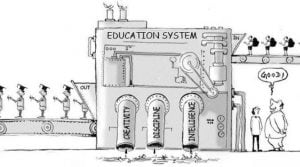 This concept of education goes back to the British colonialists, who wanted an army of clerks with basic understanding of the language and mathematics, to support their administrative system.

However, this concept got roots in India and instead of focussing on developing mental and critical thinking faculties of the students and promoting research, our education system tuned into one where you amass degrees by cramming.

Education and the right to education is one of the fundamental rights of our country’s citizens. It is compulsory for children aged between 6-14 to have an education. Over the many years, especially after independence, India has managed to increase its literacy rates to nearly 75% by 2021, and some states even boast of 100% literacy rate.

Most important focus in the recent decades has been on enhancing infrastructure, incentivising enrolments in schools by providing benefits such as midday meals etc.

The private sector with government support has played a significant role in the expansion of the Indian education system and improving its quality. But it can also be credited with corporatising the education system, thus making education accessible to a privilege few.

In the research domain, India lags behind many countries. Our universities and colleges lack a multi-disciplinary approach to stimulate enquiry-based research skills. Absence of a proper framework for developing industry linkages with academia to promote research, further limits the faculty and students to work in this area.

We can perceive that most measures are more on paper with no tangible results evident. In 2004, the then UPA government had imposed an Educational Cess of 2% on every transaction in the country. In a three year period this cess generated 32,000 crore rupees. But how this amount was used, nobody knows and if one asks then vague answers are given. 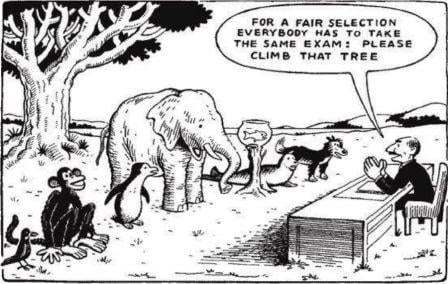 In fact if this amount had been used prudently, we would have a well-equipped and well-staffed middle-level school functioning in every village of the country. Similarly, for the last ten years, every taxpayer is bound to pay a 1.5% education cess on his total income tax. Where this money goes, nobody knows.

Last year, in a completely uncalled for move, the Central Board of Secondary Education (CBSE) revised its syllabus for students of Classes 9th to 12th in the name of handling the stressful situation of teachers and students in view of the continuing Covid-19 pandemic, and in the name of rationalising the syllabus.

The irrational exclusions smacks of a political tone, aimed at keeping a large and young part of the population unaware of these issues. We should not forget that depriving the young generation of its right to increase its knowledge base is not only authoritarian but it might also boomerang.Most of the deleted topics form the foundation of democratic societies and students need to learn about these to enhance their knowledge base.

The National Educational Policy came into force in the year 1968 to make education accessible to masses. It was aimed to strengthen national integration through a unified culture of learning. Since then constant measures have been taken to reform the Indian education system to provide better education services in the country, the latest being the National Education Policy (NEP) 2019 and 2020. 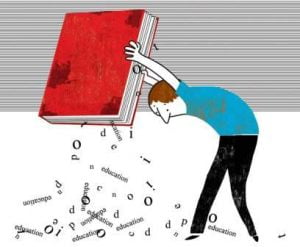 However, if we analyse critically the NEP 2019 and 2020, the overall intent and decision maker’s mindset, in tandem with the moves taken last year, will be clearer.

A critical study of the 484-page NEP 2019 reveals an issue deserving of wider, more heated debate. The words “secular” or “secularism” are not found anywhere in the NEP 2019. Though a clear reference to secular education was vital to be seen as the base for these ambitious reform proposals.

The absence of the word “secular” in the NEP 2019 becomes all the more pronounced when seen in contrast to the earlier policies of mentioning secularism as a core Indian value for the Indian education. The omission of the words “secular” and “secularism” in the NEP 2019 is ominous, along with the frequent affirmation of its aim of inculcating constitutional values in the education system, making it doubly odd.

The NEP 2019 was launched last in its new avatar as NEP 2020, but many of the contentitious isssues still remain.

In contemporary India, which has seen a sharp rise in caste and religious violence, the curriculum and teaching methods in Indian classrooms clearly have a key role to play in making caste and religious prejudices in society irrelevant and out of times. The challenge is to find fresh and creative ways of making young minds grasp these difficult contemporary social realities.

You have to understand that you can’t hide history by giving it a new twist. Even in countries like the UK there are demands to teach the medieval history to the school students again. If you feel that by hiding the truth on your controversial decisions you’ll be able to befool people or hide your misjudgements then you are wrong, as the history will ultimately judge you, whether you like it or not.

The ‘revolt’ against ghazal

Curtain Raiser on UP Assembly Elections, 2022

Autumn’s Shadow on the Arab Spring....

Saudia plagued by an unIslamic practice....