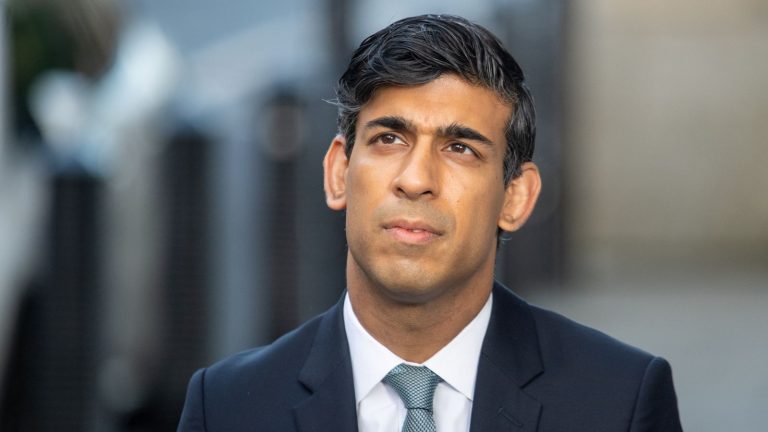 In running his leadership like a corporate takeover bid, Sunak looked like a man willing to say absolutely anything to win

Rishi Sunak is not having a good time. And it’s not just because he’s losing.

It’s because, in general, he’s just not very good at it. And by “it”, I mean the human bit of politics, the part where he connects with people as something other than economic units. His campaign, if polling is to be believed, is soon to come to an unsuccessful end.

It’s all now a far cry from the boy wonder, the Sunak the BBC portrayed in a Superman outfit, the Sunak as prime minister-in-waiting, who emerged mid-pandemic with buckets of cash and a furlough scheme.

He materialised at a moment when large numbers of people, both conservative and liberal, were so desperate for a grown up they were happy with someone who merely appeared to be one, no matter what his politics.

He was “dishy Rishi” who presented, despite his very rightwing politics, as not too Tory, a little bit Blair and a whole lot of brown. That last fact – that he seemed to have the potential to be the first prime minister who was also a person of colour – sprinkled even more stardust on him.

And then he nosedived. Barring a miracle, his prime ministerial bid is soon to be history. The epitaph: finance bro fails to seal the deal.

So what happened? Simply, Sunak’s fetishised qualities were entirely limited to presentation and lacked any moral core.

The leadership campaign has been run like a company takeover bid, out of his depth, defaulting to earnest cliches about his biggest weakness being that he’s just “too much of a perfectionist”.

The episodes that truly define the kind of politician Sunak is, were not the moments when he appeared authoritative and in touch.

Perhaps he represents a larger failure of the “modern non-ideological conservative,” as William Hague – the man whose safe seat Sunak was parachuted into after a career as a partner in a hedge fund – once described him. Sunak is an ideologue, but only in the sense that he sees politics as merely another branch of finance, rather than the other way round.

And in a way, that overemphasis on finance is the catch-22 for brown members of the Conservative party.

Nevertheless, history will probably be kind to Sunak, as someone whose rejection signals a self-destructive Conservative party set on its course to indulge fantasy over fact.

But his brief popularity shows that others are willing to make an equally squalid settlement: to celebrate someone with no demonstrable interest in or compassion for people, but who can at least manage their nation’s decline.

Sunak may have a second act in him, but in the meantime he departs only in disgrace, knowing that it was all for nothing.

The deal will almost certainly go to the other bidder, who did less work and was less smart but took the shareholders down the pub and made them laugh. Farewell for now, Sunak. We hardly knew ye – and then, suddenly, we knew ye all too well.

The writer is a Guardian columnist and the author of We Need New Stories: Challenging the Toxic Myths Behind Our Age of Discontent