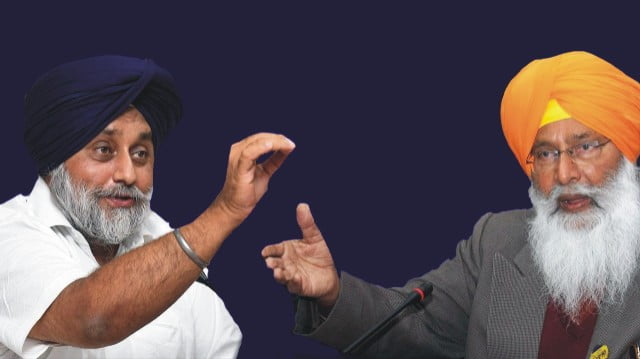 You cannot expect such an abusive harangue from any seasoned and mature politician, unless he is suffering from a serious behavioral disorder. The kind of symptomatic syndrome Sukhbir Badal MP and President of the Shiromani Akali Dal (Badal) is seemingly exhibiting now a days, I am afraid these evident symptoms of the syndrome is illustrated in health fitness terminology, as HPD (Histrionic Personality Disorder).

I’m watching the personality behavior of Sukhbir, ever since I met him for the first time. The preponderant individualism in his character, coupled with intense, unstable emotions, rooted with disbelief in his own distorted self-image, these are certain manifested abnormalities, which I noticed in his behavior over a period of time.

The self-confidence of such people with Histrionic Personality Disorder generally depends on the approval of others and they does not arise from a true feeling of self-worth. They have an overwhelming desire to be noticed and often behave dramatically and inappropriately to get the attention of the people around them.

Such people shift emotions rapidly, such as Sukhbir Badal has taken a sudden U-turn on Agri Bills after batting and publically beating the drum, in favor of them for almost four months. And now he is speaking at a loud crescendo, quite the opposite, contradicting his earlier rhetoric, with rustic logic.

Such people are never neurotic with regard to the sentiments of others and they are also never conscious of the dignity of the words they abruptly chose inappropriately and flirtatiously, to express their illogically enraged emotions. Such people need immediate psychoanalytic counseling besides treatment for disorderly human behavior.

Such people, who are not wary of the disease, they are caught with, deserve sympathy and forgiveness.

Therefore in view of the above explained symptoms of the syndrome for which Sukhbir Badal seems to be suffering, I would request Sukhdev Singh and other senior leaders of my party not to take any offense to his diatribe, even the notice of such foul garbage with its stinky fumes would affect the sublime aura of a dignified polity .

May God bless Sukhbir and his wife Harsimrat Kaur Badal with greater wisdom, dignity and sobriety of a transcendent language, in public life?