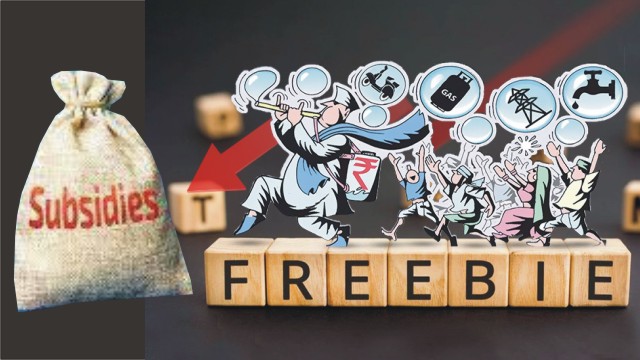 The poor and the underprivileged deserve subsidies and schemes to uplift their lot.

The concern expressed by the prime minister Narendra Modi over the growing tendency of distributing revdis has sparked off a debate over the distinction between freebies and welfare schemes.

The Supreme Court too expressed its concern over political parties promising the moon before elections and announcing a vast range of promises to the electorate. It asked the Election Commission to find ways to rein in the political parties through coercive methods.

However the Election Commission, rightly so, declined to be drawn into the issue saying it was for the legislature to decide on the competitive promises by rival political parties and leaders.

To the question whether the various kinds of subsidies and welfare schemes should be altogether banned, the answer is a loud no. Given the inequalities in terms of economic and social growth in the country, there is a wide gap among the fortunes of the citizens.

Given these factors, the country can not do justice by ending all subsidies and welfare schemes. A distinction however has to be made in doling out funds for genuine welfare measures and just for enamouring the voters.

Both the Aam Aadmi Party and the Congress made promises of giving out monthly cash payouts to all females in Punjab recently. While assuring such cash for the poor or underprivileged could have been justified, the entitlement of cash for all females, including those well to do, was certainly not justified. 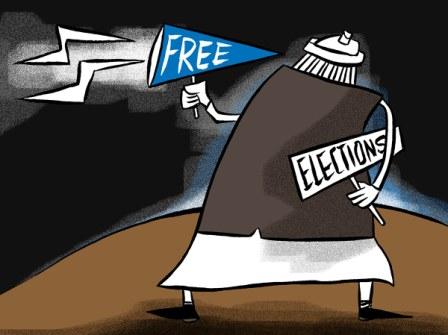 Similarly free electricity up to a particular number of units to everyone is not justifiable when the state actually is in a desperate need of funds to increase the generation of electricity.

Yet it is the duty of the government to help uplift the poor and provide them facilities and concessions to improve the quality of life and to provide them platform.

India is a welfare state and the succeeding governments have indeed contributed to improving the standards of living.

While there had been frequent reports about poor dying of starvation or malnutrition, it is satisfying to note that one has not come across such reports in a long time.

Supply of highly subsidised wheat and grain and schemes like MGNREGA have gone a long way to improve the plight of the poor and the under privileged.

Similarly other schemes like Amma’s kitchen in Tamil Nadu has been providing highly subsidised food to the people. 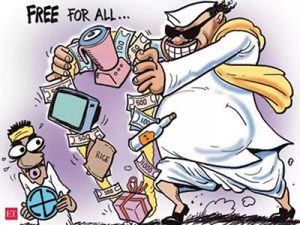 Schemes like providing subsidised Scootys or tablets and computers to female students has helped in encouraging spread of education. As far as agricultural subsidies are concerned, India is still not providing the extent of subsidies provided to farmers in several other countries.

While such subsidies given for the poor are attacked by critics, they have nothing to say when the governments uses the word ‘incentives’ to the industry by way of cutting down corporate tax rates or writing off loans worth crores of rupees!

PrevPreviousWill Nitish Kumar be the best bet for opposition when challengers are many?
NextMonkeypox: India Cannot Afford To Be Complacent After Some RespiteNext
Author Related Post
Related Post

Judicial Ideology and its Impact on Judges' Decision Making Process....