Fifteen Facts about Soma Drink Which You May Have Been Missing 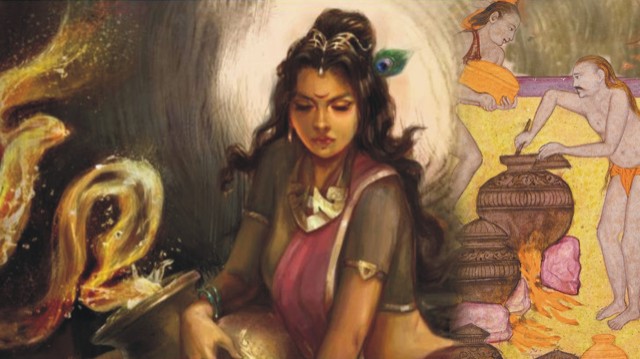 Soma is a ritual drink of importance among the early Vedic Indo-Aryans.

SOMA appears frequently in Vedic texts. Soma Drink has been a matter of controversy and one of the most debated items in History. Several studies have been published around “Soma Ras” aka “Somras” (Soma Juice), which has pointed towards various directions — like a type of Mushroom or alcoholic drink or some mythical plant, or some kind of wine, etc.

Unfortunately, we don’t know what we don’t know to date, and our search continues. Since it is connected to Aryan migration, I went back to Rigvedic Hymns to understand. To my utter surprise, it revealed enough information which was so far unexplored by contemporary researchers.

I have used Rigvedic translations (not interpretation) to understand the various attributes. More than 1500 references to the word “Soma” are there in Rigveda, and “Soma” is also one of the Vedic gods.

There are chapters dedicated to Soma drinking. It was one of the essential parts of the Vedic people’s daily life.

I have referred to the Vedic heritage site, Government of India, one of the most authentic sources of RigVeda for this research, and Ralph T. H. Griffith’s translation in English, published in 1896 (2nd Edition).

The sequence number against each topic refers to Mandala, Sukta, Hymn No in Rigveda, indicating where it is mentioned. For example, 01/086/04 will indicate 1st Mandala, 86th Sukta, and 4th Hymn of Rigveda. Only the relevant portion of the Hymn which connects to the observation has been shown.

Findings about Soma includes the following: –

2. Soma was pressed into a Juice (01/084/09) – Where it says “…He who with Soma juice prepared amid the many honors thee, Verily Indra gains thereby tremendous might..”

4. The taste of Soma was sweet, and it gave freshness. It was pressed using stones (01/130/02)- Where it says “O Indra, drink the Soma juice pressed out with stones. poured from the reservoir, as an ox drinks. The spring, a very thirsty bull the spring. For the sweet draught that gladdens thee, for mightiest freshening of thy strength”

5. Soma was combined with Milk and Curd (01/137/[01,02])–Where it says “…These milky drops are yours, Mitra and Varuna, bright Soma juices blent with milk. Here are the droppings; come ye nigh the Soma-droppings blent with curd, juices expressed and blent with curd…”

6. Soma is referred to as Liquor, happiness drink, served in beakers (02/014/01) – Where it says “…Ministers, bring the Soma juice for Indra, pour forth the gladdening liquor with the beakers. logeth ever, To drink of this the Hero offer it to the Bull, for this he willeth..”

7. Soma was consumed sitting on the grass from Potar’s bowl (02/236/02) – Where it says “…Busied with sacrifice, with spotted deer and spears, gleaming upon your way with ornaments, yea, our Friends, Sitting on sacred grass, ye Sons of Bharata, drink Soma from the Potar’s bowl, O Men of heaven..” 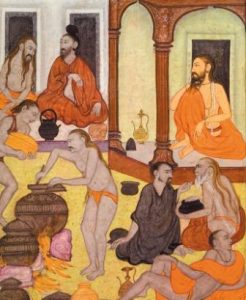 13. Soma was also mixed with Oil to gain power (10/065/02) – Where it says “…And Soma blent with oil, putting his greatness forth, have with their power filled full the mighty firmament…”

14. Soma was a herb used for treatment (10/097/07) – Where it says “..Herbs rich in Soma, rich in steeds, in nourishments, in strengthening power,-All these have I provided here, that this man may be whole again…”

15. Soma remained concealed under water on Highlands (10/148/02) – Where it says“…Sublime from birth, mayst thou O Indra, Hero, with Surya overcome the Dasa races. As by a fountain’s side, we bring the Soma that lay concealed, close-hidden in the waters….”

So, to conclude, Soma was an oily viscous liquid extracted from grass that remained concealed behind water on highlands. Ancient Aryans extracted soma juice by pressing the Soma grass using mighty stones. It had herbal and medicinal properties, was also considered a drink of immortality, tasted sweet, and was often mixed with milk and curd.

Soma was also mixed in oil. It was consumed using a potter’s bowl and served in beakers. It was a drink with hallucinating properties and akin to Sura, which gave the feeling of ecstasy and happiness. . 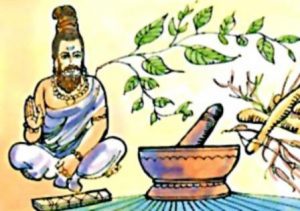 While going through this study, I also encountered many more items around Soma. For example, Soma was used in Yagna; it was combustible, it was also offered to other gods who were invited to drink it with Indra and Agni.

Besides, I could see that there were a lot of cravings for Soma juice in Rigvedic hymns. Does that mean it was in short supply? The sheer number of references makes a case for further study of Rigveda to understand what Soma was beyond the above observations.

There are many more interesting items that I did not mention here. I hope against hope that someday we will be able to identify what Soma really is and where it can be found exactly. This study is being published here purely for knowledge and understanding of Soma.