Sikh community should realise the importance of a robust schooling system 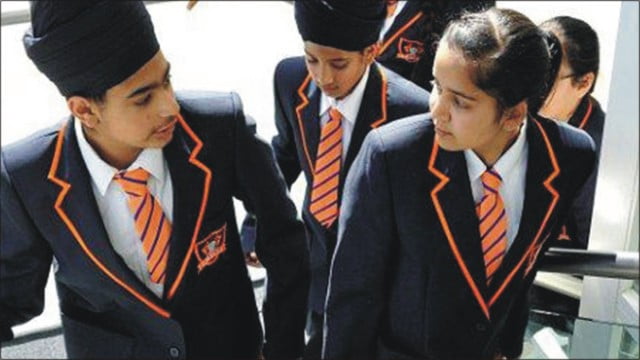 I would like to congratulate the Bangkok Sikh sangat for their initiative in setting up a pioneering institution in that part of the world in the form of the Thai Sikh International School (TSIS). Quality education is an important aspect of life that will determine our future.

The fact that TSIS teaches an international curriculum and has an inclusive, multi-cultural student body is a positive that promotes competitive learning to keep pace with the best institutions of the world and healthy integration.

The motto “Akal Sahai” on your school crest affirms your affiliation to Sikhi and you share this with the first Khalsa College in Amritsar established in 1892. The teaching of “Thai language and culture” fosters respect and integration with the host culture, while the Gurmukhi script which is offered as an extra subject is a skill necessary for learning from Sri Guru Granth Sahib Ji.

The impact of high-quality schools is inter-generational as we can see from the history of institutions like Eton College in England which can count more than 25 British Prime Ministers among its alumni and many other eminent personalities from around the world, including His Majesty King Prajadhipok, Rama VII of Siam.

Many such institutions, including Eton college, have a strong faith tradition, such as attached chapels and religious education (RE) classes. There are other schools run by the Church of England, which offer both religious and secular education and their intake includes pupils of the Christian faith, and those of other faiths or none. 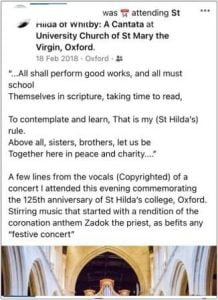 Many of the early Oxford colleges have monastic origins. Most colleges have active chapels attached to them where regular services are conducted, and the Christ Church college even has its own cathedral. The University Church of Saint Mary’s plays an active role in aspects of university and city life as I experienced during my days in Oxford.

It was culturally enriching to have these experiences but at the same time it helped me identify the value in ‘our own’ faith, Sikhi, and the invaluable legacy we might be squandering by ignoring it.

The point is that faith-based traditions have served and continue to serve as anchors in the lives of thriving communities and nations.

In theory, a Gurdwara is a place of learning for Sikhs, as a “Sikh” is a student of the Guru (enlightened teacher). Learning in the Gurdwara happens in the company of a congregation (sangat) that shares the same values and affiliation to the Guru.

For secular education under the overarching guidance of Gurmat, a network of Khalsa schools and colleges were established between 100 and 150 years ago that used to be very highly regarded at one point. Hopefully, a new network of Sikh International schools, and later, universities, will enhance this tradition.

Promoting Sikh values and tradition: Integration and unity versus assimilation and uniformity

Sikh values do not favour imposing our views and practices on others and rather encourage every faith or cultural group to become stronger in the positive aspects of their own traditions. However, we as Sikhs do have our very own unique philosophy, values, and traditions that are very dear to us. While we would not wish to impose these on anyone, we would also like to share these with the whole world by first being learned and confident in these ourselves.

There are examples from Sikh history where Sikhs have paid heavily simply for staying true to their principles. Not only that, Sikhs also defended the right of other faith groups to their freedom of conscience, even when their views contradicted ours.

For many African, West Asian, and South Asian cultures, a turban is a traditional cultural accessory that might fall in and out of fashion. For Sikhs, it is the crown bestowed by our Guru. Every individual, man or woman, is anointed with nobility, conditional only on their conduct and commitment to the Guru rather than race, status, skin colour, or nationality. Sikh institutions need to be spaces where Sikh students can learn about our values and be confident in our symbols and traditions. 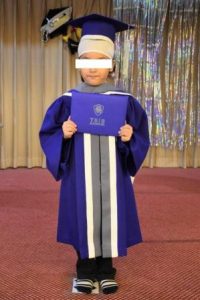 What prompted me to write this letter were some pictures of a graduation ceremony hosted by TSIS that I saw recently. I found that Sikh students had been made to wear mortarboards (academic square caps) on top of their turbans & patkas. I subsequently found that a few other Sikh schools also followed a similar practice for primary school students.

Though perhaps not intentionally, it almost seems like the Sikh kids are being taught that their turbans were somehow abnormal and a hindrance in what was expected of them for a formal occasion. 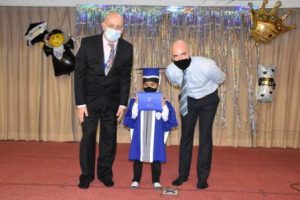 Instead of using this opportunity to encourage young Sikh students to wear a full turban for the occasion, they were instead made to hide what they supposedly stand for or uphold. It seemed as if they were made to treat the mortarboard as the real aspirational goal while treating the turban as something to be hidden away, a burden.

I have included some pictures here for easy reference as they are already shared publicly on social media, but I have obfuscated the children’s faces. For many students, their ‘patkas’ are visible under their mortarboards whereas they ought to have used the occasion as an opportunity to ease in to a full turban or something suitably consistent with Sikh attire. 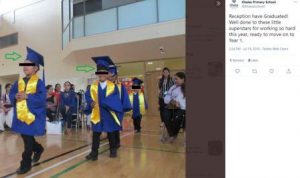 Not to single out the TSIS Bangkok, I also found a similar practice at a Khalsa school in the UK (picture from their public social media is being reproduced here)

While we are aware that a mortarboard is a part of the European academic dress, it is not and can never be a substitute or cover for our turban.

Sikhs in different parts of the world have proven accomplishments in all fields from academia, sciences, and charitable services to the military.

Many Sikhs regularly graduate from the most prestigious universities of the world and feel proud when they stand out in their turbans – it gives the message that while we can achieve the best and can adapt to different situations, we also have something unique to offer the world and some non-negotiable values.

Do contrast the head-covering that the children were made to wear at some graduations with: general day-to-day headwear worn by young Sikh children (typically patkas), ceremonial or formal headwear (turban, dastar or dumalla) worn by Sikh students as seen in the picture seen earlier which includes both boys and girls.

Surely, a suitable version of the formal or ceremonial Sikh headwear could have been used for the school graduation events whilst accommodating the mortarboard for students of other faiths or none. 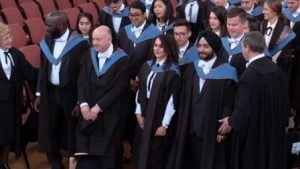 It is also worth noting the full academic dress worn by some adult Sikh students at a formal graduation ceremony at Oxford University shown in the images.

Isn’t this or something better than this that Sikh children needed to be taught to aspire to? Should not TSIS students in their formative years be prepared to face the world with confidence in their authentic selves and dearly valued traditions, instead of being given the impression that while their turban is tolerated, it needed hiding for a formal occasion?

I hope Sikh school managements and surrounding Sikh sangat will take a deeply introspective look at this situation and make necessary corrections.

“Integration” must not be mistaken for “assimilation”.

“Unity” must not be mistaken for “uniformity”.

For young Sikh children, it is important to have spaces where they can feel “mainstream” and learn about Sikh values and principles alongside secular education or at least stay confident about the core aspects of Sikhi. Because of the distinctive appearance, childhood years can be difficult for young Sikh boys in many school systems.

Cases of extreme bullying are regularly reported from different parts of the world. Without adequate Sikh support systems and Sikh schools, it can often feel like being thrown into the deep end of a pool without the necessary skills or strength to stay afloat. 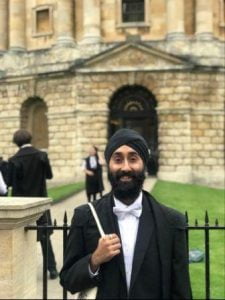 Besides creating more schools, the Sikh community and institutions needs to ponder on whether it is healthy for the future of the community and for the principle of gender equality if Sikh girls do not grow up with the distinctive appearance.

This is an area where a Sikh school system has a conscious role to play – via professional educators, thought leaders, support systems, community consultation, and regular monitoring – to build strength and confidence in the distinctiveness of Sikhi and what Sikhi has to offer to the world in both philosophical aspects and outward physical expression.

If a few Sikh schools anywhere in the world can get the balance right, these can serve as a strategic blueprint for newer Sikh schools worldwide.

If there is one key message I wish to reiterate here for all Sikh organisations, leadership, institutions, and philanthropic groups, it is that our foremost current goal needs to be the development of a fit for purpose Sikh school system that is lasting, sustainable, high quality, competitive, and guided by Gurmat.