Sidhu In The Saddle — Can Captain And Men Revolt?

Nothing New About Feuding Congmen In The State 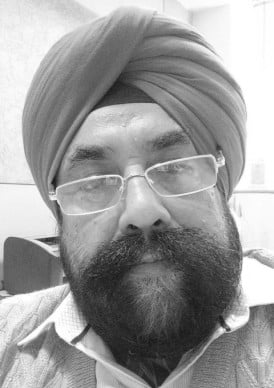 Sidhu, having joined the Congress in early 2017, was never at ease with Amarinder.

DO YOU THINK with Navjot Singh Sidhu being saddled as the President of the Punjab Pradesh Congress Committee, trouble in the ruling party of the State is over? 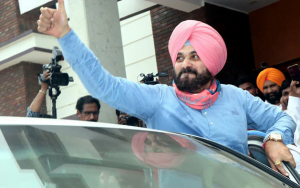 It is just round one victory for the rebel! It may be beginning of a battle Royal, between two Jat Sikhs — both Sidhu Brars — incidently both from Patiala! Real climax to the story yet to unfold!

Though care has been taken to balance dharma and jati card by appointing four working presidents of various hues, there are enough indications that it’s just the beginning! Fresh battlelines are to be drawn!

It may be hard stomach but it is true BJP channels have been making overtures to Capt Singh to do a Bhajan Lal and join the party en mass with all MLAs supporting him and be the face for the State polls scheduled for early next year. Not many would, but it’s true!

There is nothing new about internecine wars within Congress. 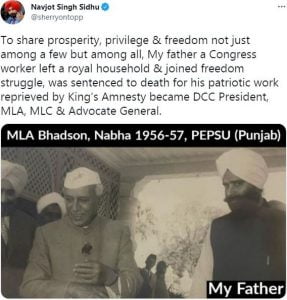 Internal tribulations have been part and parcel of Congress for long. We have plenty of examples at the national and state levels. Splinter groups of Congress, weakening the INC sinces late 1980s, have made their presence felt, all over the country.

These breakaway groups, now full-fledged parties, are in power or have have a role to play in States like West Bengal, Maharashtra, Meghalaya to name only a few.

Dissension have been the reason for their losing out many strongholds ever since VP Singh rebelled against Rajiv Gandhi in late 1980s – on the lines that culminated in fall of Kamal Nath Government in MP last year. Even Indira Gandhi had weathered a few storms before coming up with Congress (I) to quell Congress (S).

Let’s restrict today’s piece to Punjab Congress where high drama was being enacted for a few weeks. The dramatis persona have been the Chief Minister Capt Aamrinder Singh and Navjot Singh Sidhu, the cricketer-turned-politician.

Punjab, in tune with the national political culture today, is no stranger to money and power-backed game of ‘turncoats’. 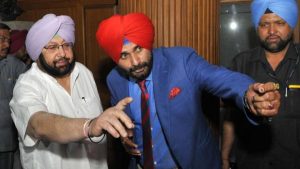 Interesting both Captain and Sidhu have switched parties at different occasions, reasons may be different. Capt. Singh had quit Congress in the aftermath of Operation Blue Star in 1984 only to rejoin 1992.

It was during the run up for 2017 Lesgislative polls that Sidhu, a former BJP MP was hobnobbing with Bains brothers of Punjab to launch a new party besides testing and tapping AAP.

Sidhu finally joined Congress in January 2017. Interestingly both players belong to erstwhile headquarters of PEPSU State, one scion of the Royal family and other son of Sadar Bhagwant Singh Sidhu, a staunch Congressman and Attorney General of Punjab long back.

Nothing New About Feuding Punjab Congmen

Aa a student of Punjabi University, Patiala in the 1970s we came across two brilliant leaders and orators — Bir Devinder Singh (Sarao) and Jagmeet Singh Brar. Both were Presidents of All India Sikh Students Federation in that order and both were picked by INC. Both were leaders of reckoning.

The former was touted as champion out to cleanse politics was elected to State Assembly in 1980 from Sirhind. Brar having hit the scene 1975 for incarceration during Emergency was already a ‘leader to watch’ by 1979 when jailed again by Akalis for his role in farmers agitation! He was once named ‘Awaz-e-Punjab‘.

Both were young turks and giant killers meant to big things but fell by the way side for their fierce rivarly, which both deny. Jagmeet who made it to Parliament in 1992 won against Sukhbir Singh Badal in 1999 when senior Badal was the State CM.

He was member of CWC between 2004-2012, before quitting Congess. Bir Devinder too had intermittent shining stints (including Deputy Speaker during Captain’s earlier regime) before going into wilderness switching parties and getting lost in the maze. Sarao is still struggling to stay in contention.

People definitely have not forgotten the rivaly between Giani Zail Singh, the most successful CM of current Punjab, and his bete noire Darbara Singh.

Though Zail Singh was shifted to Centre after one term and became Home Minister of the country en route to being the President of India, his anti-Darbara maneuverings were believed to be one of the major reasons Punjab falling into its darkest period of over 20 years.

A decade later Beant Singh, who was credited with ‘finishing off’ militancy in Punjab had his fiercest detractor in Rajinder Kaur Bhattal.

Though Harcharan Singh Brar managed to succeed in the aftermath of Beant Singh’s assassination Bhattal’s rivalry made him step down in 1996.

The first female CM lasted less than 3 months in office and allowed third access to Prakash Singh Badal (Akali Dal) to the Punjab CM’s saddle. He was the first CM to last full five year term after Zail Singh. Later he became first to have two consecutive terms (2007-2017)

Two times CM, Sachhar was pushed to side by Pratap Singh Kairon — first to have full term in post-Independent Punjab. He made a brief come back, after Kairon but only to be succeeded by his arch rival Ram Kishan.

Punjab, reorganised in 1966 on language basis, had many Aya Ram and Gaya Ram governments, before five year stint of Zail Singh.

Amrinder Singh, only the third CM after Zail Singh and Badal Sr (1997-2002) in post 1966 Punjab to have completed full term, always had a staunch adversary in Partap Bajwa, after his two year stint as a Minister in Captain’s first Cabinet.

Reasons for Partap and his brother Fateh Jung Bajwa, was their cousin Tripat Rajinder Singh Bajwa. Latter with few others and others, was always able to maintain his proximity to Captain Singh much to the chagrin Partap Bajwa.

Between them the Bajwas had their hold on border constituencies of Sri Hargobindpur, Qadian and Kahnuwan. Partap also headed PCC for some time before being replaced by Jakhar.

Amrinder Singh took over the position from Bajwa. Their rivalries dated back to the days of Gurmit Singh Bajwa and Satnam Singh Bajwa respective fathers of Tripat and Pratap Bajwa.

Sidhu, having joined the Congress in early 2017, was never at ease with Amarinder. Apart from both being from same city the two were elected to Parliament from Amritsar constituency.

In BJP, Sidhu had his set of problems with Akali ally in Punjab Sukhbir Badal. Having joined Congress, through Central leadership, a media person for long after his cricketing days, always had pot shots at his CM, when was Tourism and Urban Affairs Minister.

Sidhu walked out of the cabinet in 2019, when offered the Power portfolio, which he refused calling the State Power Corporation as a white elephant owing private Discoms over Rs 6000 cr.

Unknown to many Sidhu was preferred to the position of State PCC on two counts. He could be formidable foe to Congress if he floated a new party or joined AAP.

Sidhu, could still carry the flag, if Amarinder rebelled and ever thought of going the BJP, a distant possibility though. But everything is possible in love and politics. One thing is for sure: The internal war within the ruling party is yet to be over!

Prof Avinash Singh is a former Special Correspondent, Hindustan Times, having served there for over 19 years with postings across India and several international assignments! He recently superannuated as COO and Pro-Vice Chancellor, University of Technology and Management, Shillong, having been Director General, Director, Dean and Professor with private and Govt institution, prominent being Amity University and Guru Nanak Dev University.

PrevPreviousMr Tharoor, what is a ‘well formed mind’ you talk about?
NextIndian Muslims and the MosquesNext
Author Related Post
Related Post