This is what surprises me about India’s selfie-hunters on Bharat Jodo Yatra, political events 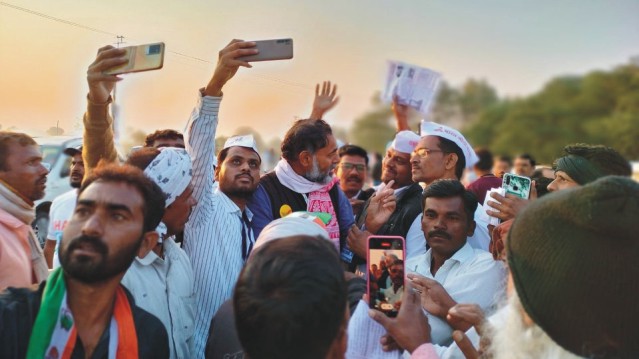 In a political world where party organisations are hollow and proximity to leaders is the only matrix of relevance, a selfie is a bridge between people and power.

Our ancestral village house has a photograph, one of the few allowed on the wall in my father’s Platonic order of things. It dates back to Allahabad in the early 1930s. There is no caption or notation, so the occasion is unclear. But this is clearly a group photograph of Congress workers in their white caps, presumably from Allahabad, with Jawaharlal Nehru and Kamala Nehru sitting in the front row. Among the workers, standing behind them in the second row, is Balbir Singh, my nana ji or maternal grandfather. He contracted tuberculosis and passed away soon. This is his only photograph with us. It is our precious connect to the freedom struggle.

Yet, I remain ambivalent about the moment it captures. How did Nehru feel about this photo op? Was he happy to be with his workers? Or in a hurry for the next meeting? Or just indifferent? The photograph serves to remind me that you never know which photograph can mean what to someone at some point in time. A photograph can be reproduced endlessly, and so could its meaning. 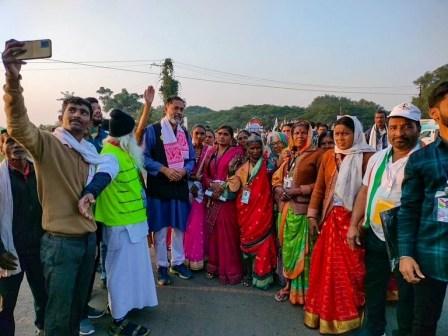 I think of that photograph, especially these days during the Bharat Jodo Yatra, when I face a selfie attack. “Ah, Yogendra ji, I have seen you on TV since I was a child …” Just as I notice his bald head and begin to feel 90, I notice an arm wrapped around me and a camera inviting me to “smile please”.

Often it is a group attack. They surround me but are not sure who is going to take the photo. As they find a volunteer and array themselves, out comes a selfie arm in the middle, spoiling everyone else’s frame. Group photo is followed by sub-groups and singles. I have no choice. There is no question of filtering any request. I live in dread of one of these selfies coming to haunt me some day. (“Mr ABC was a close aide of YY”; shows this photo)

Sometimes, the selfie-hunter is in a hurry and walks away with the trophy without so much as a proper hello. Some of them are clueless. Selfie is followed by a disarming confession: “Aapko kahin dekha hai. Aapka naam? (I have seen you somewhere. What’s your name?).” More often, there is a presumption of intimacy: “Yogendra ji, ek selfie to banti hai (One selfie is a must)”. Selfie can happen anywhere: At the dining table, on a sleeper berth, inside the washroom area. Indian selfie can disabuse you of any Western notion of privacy and selfhood. If you are in public life, you are a public property. 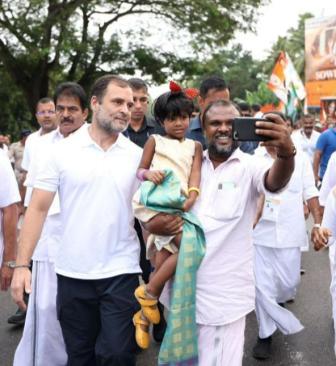 I can never forget a selfie assault a few years ago. I went to the World Book Fair in Delhi with both our children. Suddenly, I lost sight of our younger one, barely seven or eight at that time. Panic gripped me as I scanned for my child in the middle of a moving crowd. At that moment, I felt a hand on my shoulder, “Yogendra ji, ek selfie ho jaye (How about a selfie?)”, I heard. I ignored it and kept looking around. Now I was dragged aside by the determined selfie seeker. I explained my situation and pleaded to be let off. “Of course,” he said, “Par ek selfie to banti hai”. I turned around and asked him how he would feel if someone did this to him in this situation. He nodded his head in sympathy and went on nevertheless to click a selfie!

Yet, this first-person singular view of the world where I-Me-Myself is at the centre of the universe is by no means the only driving force behind a selfie. Very often, selfies, awkward and untutored, are expressions of pure love. This is what I felt a few weeks ago while walking towards the Charminar in Hyderabad. I was selfied at least a hundred times in the short walk, less than 1 km, inside the narrow lane leading up to the monument. Somehow, these selfies felt more like petal shower than trophy-hunting. I recall innumerable occasions when ‘unknown’ people took out their phones and showed me a selfie they had taken with me a few years ago. My image was a part of their life, even if I was not.

All about ‘you’ in my selfie

My real ambivalence is about political selfies, a genre by itself. In the vocabulary of Indian politics, a selfie is not limited to self-portrait photographs taken by the person concerned. It denotes any photo that includes the self. I often find a political leader handing over his phone to someone, usually a youngster or a flunky, and asking him to take his ‘selfie’ with me. Here, the selfie pose is not about how I pose in my selfie, but about how you should pose in my selfie. From handshake pose to aashirwad to “Jara kandhe par haath rakhiye na (Why don’t you put your arm on my shoulder)” – selfie is about curating the other. Unlike the West, the Indian political selfie is not an expression of loneliness in an atomised society. It is as public as it gets. Our selfie is of the people and for the people. It is not about registering individuality or capturing a special mood. Political selfies are about political actors recording their presence at significant events, underlining their relationships with leaders, and cementing their career. These are attendance sheets and merit certificates in today’s political life. 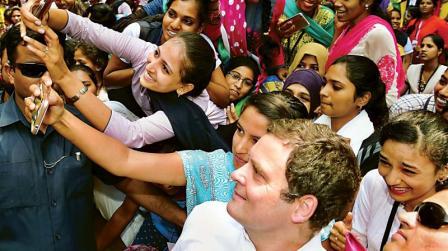 A political selfie, therefore, cannot escape the paradox of political representation. Thanks to cheaper smartphones and the internet explosion, the proportion of those who can represent themselves in public has seen a geometric progression. There is something deeply democratic about an ordinary person with a cheap smartphone being able to capture a political leader through a selfie ambush. In a political world where party organisations are hollow, proximity to leaders is the only matrix of relevance, and access is power, a selfie is a bridge between people and power. 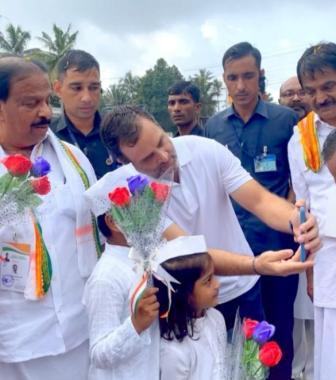 In an age where every change is reduced to an event, every event to a person, and a person to an image, a selfie is a way to insert yourself into history. When public communication is dominated by billboards full of images (my friend Faheem calls these ‘Chitrahaar on flex’), a selfie is a way to curate a poor man’s private billboard on his phone screen. It is true that these new claims to representation follow the gaze of power and end up reaffirming the existing hierarchies. But this sounds like a quibble. Who are we to judge these acts of subversion by elite etiquettes, high morality and received aesthetics?

If selfie is selfish, the problem lies with the model of the self that we have promoted in our times. If selfie is a disease, the patient in need of cure is not the selfie-hunter but our civilisation. If political selfies are a pathology, they only reflect a crisis of modern representative democracies.