Sedition Ruling: At last, SC offers a ray of hope against misuse of the law 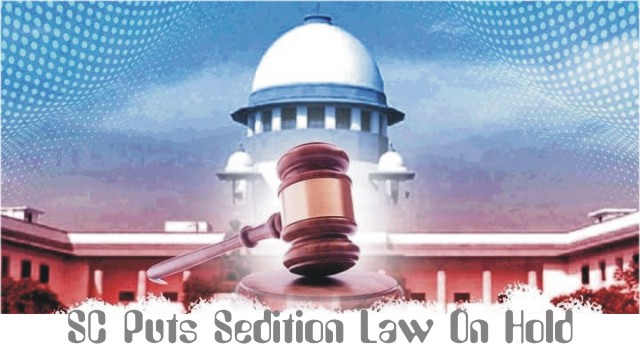 One aspect that the government and the Supreme Court must examine and recommend relating to the Sedition law is punishment for those misusing the law.

The U-turn taken by the government on its stand over the British era sedition law, which is known to be grossly misused by governments, is welcome and has opened the possibilities of amendments to the draconian law.

The Centre told the Supreme Court on Monday that it is cognisant of the various views being expressed on the question of sedition and “has decided to re-examine and re-consider the provisions of Section 124A (which deals with the offence of sedition)”.

This was in complete contrast to the stand taken by the Solicitor General of India and the Attorney General on Saturday when they told the highest court that there was no need for a review of the provisions of the law which were amended and settled sixty years ago by the Supreme Court.

Responding to a query by a bench headed by Chief Justice of India N V Ramana, which was hearing a petition challenging the British era Sedition lawn under Section 124-A of IPC, Solicitor General Tushar Mehta had said there was no need to review the law. He said the Supreme Court’s verdict on the issue in 1962 upholding its validity was “long standing and settled” and that it had stood the test of time.

Attorney General of India K K Venugopal too asserted that there was no need to review the law and that the judgment given by the highest court of the country in 60 years ago had laid down guidelines on the implementation of the law.

The law provides that those found guilty of charges face punishment upto life term and a fine. It’s a non bailable offence and most of those arrested under these changes have to stay behind bars for months together. A person charged under this law also becomes ineligible for government job.

The 1962 verdict on the Sedition law, also known as Kedar Nath Singh case, had upheld the validity of the law while attempting to restrict its scope for misuse. It had held that mere criticism of the government cannot be construed as a seditious offence unless it it was accompanied by incitement and a call for violence. 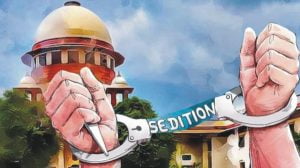 However it is common knowledge that the governments had been blatantly and frequently violating the provisions of the law. While the Bharatiya Janta Party governments have taken the abuse to the next level, such misuse of the law had been taking place since the time of the Prime Ministership of late Indira Gandhi. Even governments formed by regional parties have been found using the sedition law to take on political adversaries or journalists and writers.

Official data from the National Crime Records Bureau’s report on  Crime statistics for 2019 confirm the fact that there has been a sharp increase in booking people under these laws. Ninety-three cases of sedition were filed in 2019, which is a 165 per cent jump from 35 in 2016. While the latest data is not yet available, there are several recent instances of imposition of these laws.

Last year a group of 49 prominent personalities were booked for sedition. All that these persons, including historian Ramachandra Guha, actor Konkana Sen Sharma, and filmmakers Mani Ratnam and Aparna Sen, had done was to write an open letter to the Prime Minister Modi to express concern over incidents of lynchings in the name of holy cow. 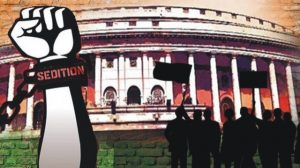 Over the last few months sedition cases have been lodged against citizens including poets, film makers, journalists, political leaders, social workers and intellectuals.

The Supreme Court has done well to ask the government to expedite its proposal for the amendment of the Act and has directed that all cases under the Act would remain in abeyance. This would ensure that the government makes its stand clear at the earliest.

One aspect that the government and the Supreme Court must examine and recommend relating to the Sedition law is punishment for those misusing the law. What is currently happening is that while those accused of sedition keep languishing in jail till their acquittal by courts, those who had made false accusation or had misused the law, go scot free. This injustice must not be allowed.