Sedition Law vs Freedom of Speech and Expression 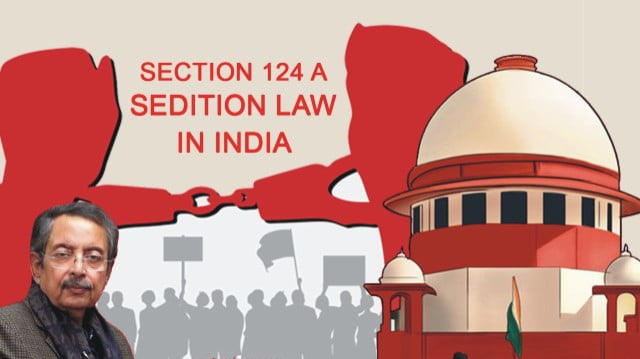 Alexander Hamilton, an American Statesman and also one of the United States’ founding fathers, said that laws are a dead letter without courts to expound and define their true meaning and operation. The Supreme Court rightly expounded and described the law of sedition in its latest judgment.

The Supreme Court relying upon the ratio laid down in the judgment of the Constitution Bench in ‘Kedarnath Singh Versus State of Bihar’ AIR (1962) SC 955 has quashed the FIR registered by the Kumarsain, Police Station, Shimla (Himachal Pradesh) u/s 124A (sedition) against the journalist Vinod Dua.

The landmark judgment of the Supreme Court held in tune with Kedarnath Singh’s case that the charge of sedition would succeed “only when the words or expressions have pernicious tendency or intention of creating public disorder or disturbance of law and order that Sections 124A and 505 of the IPC must step in”.

The offense of sedition has its origin in England for centuries till 2009. The State wants to punish those who, by their conduct, jeopardize the safety and stability of the State or disseminate such feelings of disloyalty as tend to lead to disruption of the State or public disorder. In England, the crime has thus been described by Stephen in his Commentaries on the Laws of England, Vol. 4 (21st Edn.), pp. 141-42 in these words:

“9. Sedition and inciting to disaffection.—We are now concerned with conduct which, on the one hand, falls short of treason and on the other does not involve the use of force or violence. The law has here to reconcile the right of private criticism with the necessity of securing the safety and stability of the State. Sedition may be defined as conduct which has, either as its object or as its natural consequence, the unlawful display of dissatisfaction with the Government or with the existing order of society.”

One of the most eloquent and distinguished of American judges, Justice Louis Brandeis, said referring to the vital need for freedom of speech in a democratic way of life as follows: “We must never forget that unless speech is free for everybody, it is free for nobody; that unless it is free for error, it is not free for truth, and that the only limitations which may safely be placed upon it are those which forbid slander, obscenity and incitement to a crime.”

John Stuart Mill, a distinguished political thinker, in his essay on Liberty has pointed out that, even where truth is accepted, it is benefited by free expression of opposing views: in contest with error it becomes vital, a living force in the minds of those who accept it, rather than dead dogma imposed by authority.

The reason for the omission from the Code as enacted is not clear, but perhaps the then legislative body of British India did not feel sure about its authority to enact such a provision in the Code. Be that as it may, Section 124-A was not placed on the statute book until 1870, by Act 27 of 1870. There was a considerable amount of discussion at the time Sir James Stephen introduced the amendment.

The law of sedition is also contrary to the noble words of Voltaire, a great French Enlightenment writer, historian, and philosopher famous for his wit and for his advocacy of civil liberties. Who said that “I do not agree with a word you say, but I will defend to the death your right to say it.”

After noticing the misuse of Liberty after the liberation, this great man also said, “Oh Liberty, what crimes were committed in thy name!” We must remember the underlying message of the above proverbs about the sanctity and essentiality of the freedom of expression in a democratic set-up.

The law of sedition in all sum and reality, barring notable exceptions, is nothing but an instrument of curbing the dissent against the powers that may be.

This draconian law is the legacy of British-India, which we are carrying without any re-thinking over the issue.
Surprisingly, this stunned the author. The incubator of this law realized the ill effects of the same being not in tune with the fundamentals of democracy. Consequently, it was abolished the way back in 2009. But we are still shouldering the same with utmost pride.

The law of sedition directly conflicts with the freedom of expression enshrined in Article 19 of India’s Constitution.

The law of sedition came in force before the enactment of the Constitution of India. Article 19 reads thus:-

“19. Protection of certain rights regarding freedom of speech, etc (1) All citizens shall have the right –
(a) to freedom of speech and expression;
(b) to assemble peaceably and without arms;
(c) to form associations or unions [co-operative societies];
(d) to move freely throughout the territory of India;
(e) to reside and settle in any part of the territory of India;
(f) [***]
(g) to practice any profession, or to carry on any occupation, trade or business.

(2) Nothing in sub-clause (a) of clause (1) shall affect the operation of any existing law, or prevent the State from making any law, in so far as such law imposes reasonable restrictions on the exercise of the right conferred by the said sub-clause in the interests of the sovereignty and integrity of India, the security of the State, friendly relations with foreign States, public order, decency or morality or with contempt of court, defamation or incitement to an offence.”

In another celebrated judgment, the Supreme Court, in the case of ‘Balwant Singh v/s State of Punjab’ AIR 1995 SC 1785 set aside the charge of sedition relating to anti-India slogans raised—“Khalistan Zindabad…Hindustan Murdabad.”

The judgment explicitly and lucidly stated that mere raising slogans did not affect the feelings of disaffection towards the Ruling dispensation.

The explanation-1 attached to the section defines that the disaffection includes disloyalty and all feelings of enmity towards the Government.

The sine qua non for attracting the application of sedition is doing certain acts that will entail hatred and contempt’s etc. towards the Government.

The History of applying the law of sedition exhibits thoroughly and incontrovertibly that the Ruling dispensation has rampantly misused the law irrespective of their political ideologies.

The Courts ultimately rescued the victims, which is evident from the abysmal lowest conviction rate in the neighborhood of 3.3%, which is the testimony of trenchant truth surrounding the controversy. 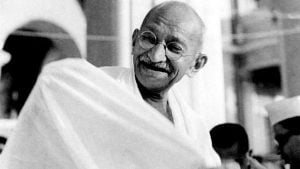 Mahatma Gandhi during his trial of sedition expressed great anguish and anger in a guarded language to the judge that section 124A is “prince among the political section of Indian Penal Code designed to suppress liberty of the citizen” and further said “affection cannot be manufactured or regulated by law. If one has no affection for a person or system, one should be free to give the fullest expression to his disaffection so long as it does not contemplate or incite the violence.”

Indeed, the gun of power cannot generate love, affection, or respect. The judgment understudy lacked elaborate interpretation to the phraseology incorporated in the section “government established by law.”

There is remarkable deviation and difference between the Government established by the Law and the State.

Lord Alfred Tennyson, in his famous poem the Brook has said “For men may come and men may go, but I go on forever.” Similarly, the Government established by the law may come and may go, but the State remains the same.

The Government of the day in the holy spirit of freedom of expression and obeisance to the Constitutional command must revisit this piece of legislation by repealing the same with immediate effect.

Also Read: Be careful about your WhatsApp Status; but you can hail Major Gogoi

PrevPreviousBe careful about your WhatsApp Status; but you can hail Major Gogoi
NextPunjab stares at a dark future; Can farm unions, NRPs help save it ?Next
Author Related Post