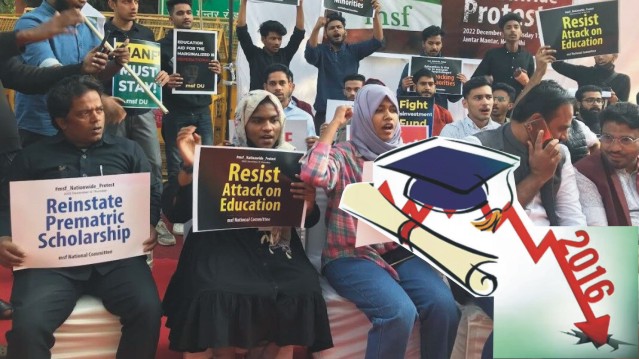 The pre-matric scholarship has now been limited to Class 9 and 10 in government schools only under the OBC category.

At a time when students, parents, academic institutions, were anticipating announcement of some kind of educational welfare schemes by the government as damage control measures to meet the challenges posed by the pandemic, the scrapping of Maulana Azad Scholarship/Fellowship for Minorities has surprised all and sundry.

The scrapping is most likely to further deprive Muslim students from education who are educationally marginalized as per the most of the findings including Sachar Commission Report. Experts believe that display of anti-Muslims policies of the establishment is in full swing to appease the majority community by targeting minorities in one way or the other. 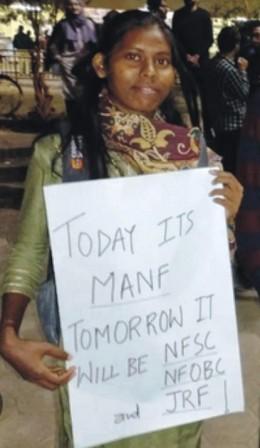 With this move the concept of a welfare state appears to have doomed because political motives overshadowed the concept of social justice. The logic given by the government for scarping scholarship does not match with the situation on the ground, for the affluent and the marginalized sections, rural and urban divide and accommodation of government and private schools.

As per UNESCO, education of over 154 crore students was disrupted across the world after schools were abruptly shut down due to the pandemic. The ministry of education estimates that 3.5 million kids are not in school right now, including those who quit because of the pandemic.

Since several states are still counting, there is no comprehensive statistics on the precise number of children who have stopped attending school since March 2020, leading NGOs and educational experts think the total to be substantially higher. Another estimate places the number of school dropouts at 20 million children nationwide.

The worldwide COVID-19 outbreak has forced the shutdown of schools. It has impacted the education of almost 290 million kids in India alone. Six million kids were already not attending school. This figure is on the verge of rising as a result of the COVID-19-related economic instability in their families, which is pushing many kids out of school.

As per the government the pre-matric scholarship has now been limited to Class 9 and Class 10 in government schools only under the OBC category. Social Justice and Empowerment Minister Virendra Kumar while replying to a question in the Rajya Sabha, said that it was done in order to rationalise the scholarship.

“The pre-matric scholarship has now been limited to Class 9 and 10 in government schools only under the OBC category,” he said in a written response. Mr Kumar said “the Right to Education (RTE) Act, 2009 makes it obligatory for the government to provide free and compulsory elementary education (classes 1 to 8) to each and every child. Accordingly, only students of Classes 9 and 10 are covered under the pre-matric scholarship scheme for OBC,” he said in a written response.

On the question of why has the Central government scrapped the scheme of financial assistance to poor students from minority communities, Professor Ansari said, “The ruling establishment is allegedly pursuing divisive politics and anti-minority policies as an instrument for political and economic disempowerment of Muslims. Such a policy as this proves beneficial for winning elections in a highly polarised society. It is therefore no surprising that the critical financial support for Muslims’ students is withdrawn by the right-wing government.”

He added, “Sadly, lack of government support to students from economically poor families for promoting educational participation will adversely affect the prospects for their socioeconomic development, which in turn may also retard national progress and perpetuate income inequalities. Withdrawal of support to students is untimely as the poor people are already hit hard due to unprecedented increase in unemployment and rising prices.Realising educational backwardness among minorities, particularly Muslims, and considering the need for mainstreaming them for a balanced national development, a scholarship scheme for poor students from minorities communities was launched by the then Central government in 2009.The scheme of Maulana Azad National Fellowships (MANF) provided for pre-matric, post matric and research fellowships/ scholarships, which was however not implemented in letter and spirit.”

“The scrapping of this scheme is seen as utter disregard of an Expert (Justice Sachar) Committee’s recommendations on the issue of minority education; and, as an insult to the Bharat Ratna Maulana Azad, the longest serving Education Minister of India, in whose name this scheme was instituted. In fact, the Central government’s decision contradicts the expectations from the PM’s slogan of ‘SabkaSath, Sabka Vikas and SabkaVishwash’, said MM Ansari.

“Discontinuation of MANF will eventually prove to be a major drag in implementation of new education policy 2020, which is already showing a tardy progress due to shortage of trained and competent teachers at all levels of education.In absence of requisite support from the government, the poor communities will continue to lag behind other communities and educational inequalities will naturally perpetuate. Unfortunately, without government support the poor will have to strive hard on their own for educational empowerment to reap the benefits of knowledge economy, said the former interlocutor to Jammu & Kashmir..

MW Ansari, Retd IPS who has served as Secretary of the Maulana Azad Education Foundation (MAEF) while strongly condemning the scrapping of scholarship said it is unfortunate that the government instead of supporting minorities to empower them educationally is scrapping scholarship which has helped the minorities students from marginalized backgrounds to transform their lives and contribute towards nation building.

On the funding, the former secretary of MAEF said that organization receives corpus funds from the government which is deposited in the bank and the bank interest is used to provide scholarships to the needy students. Initially the issue of using the interest amount had raised question and some people were even opposed to it. The students who were interested to pursue MPhil and PhD were given 25 to 30 thousand rupees will be deprived of this facility to support their dream of higher education.

On the impact of scrapping of scholarship, MW Ansari said, the narrative that Muslims do not study is wrong because Muslims have been deprived, discriminated, suppressed and have been subjected to systemic alienation. The Hijab controversy was also created to deprive Muslim girls from education.

Noted social and human rights activist, John Dayal while sharing his perspective on the issue said, “The BJP government and Mr Modi in particular seem keen to undo whatever good had been done by the Sachar Commission Report which quantified the backwardness and goaded the Congress government into devising schemes for removing those impediments in the community’s development.Education was the major engine identified to ensure this development. The scholarships at two ends of the academic life of a young woman or man was in the pre-matric range when a little material held was seen as going a long way in keeping the child in school and progressing.”

“At the higher end, fellowships were created to encourage young men and women to pursue higher studies to the limit of their ambitions. Quote correctly, these were named after free India’s first education minister, Maulana Abul Kalam Azad.The end of these scholarships effectively privatises higher education, if not the very concept of education. Only children of the better off section of the Muslim and other minorities population will be able to study. The rest will fall along the way, never realising their god given potential. This is a crime against the communities which have benefited from the scheme. In the previous decades. A politically motivated social crime,” Dayal argued.

“The Sachar Committee reports clearly indicated the educational backwardness of Muslims in India. To improve the educational attainment among the Muslims, educational scholarship proved to be one of the vital tools. At time when Muslims Children are catching up with other social group, the central government has decided to withheld the Pre-Matric Maulana Azad Scholarship. Education is key to end the poverty, exploitation and unfreedom. This decision will push Muslims further on margin, said Sabir Ahamed, National Research Coordinator, Pratichi (India) Trust (Kolkata). 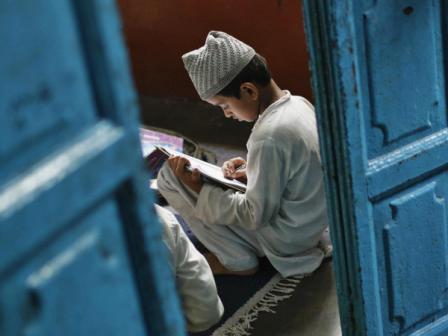 “Pre-Matric Maulana Azad Scholarship Withdrawal appears to be the decision related to cost cutting. The irony is, its in the wrong direction.For some odd reasons knowingly or unknowingly illiteracy is being promoted. Already the country is reeling under economic crisis. We are losing on jobs. We are also facing skyrocketed inflation.

The country has already lost a lot during Covid period. Now with Cases on the rise we would definitely have challenges coming back. Together we should strengthen the economic system and also take all steps to promote literacy and upskilling of youth” said Sajid Nomani who is working with Business Services Company.

“With this move literacy rate in India is bound to dip drastically. We should focus on building a literate and skilled nation rather than increase number of drop outs.In my honest opinion this should be revisited and reversed,”pointed Nomani.