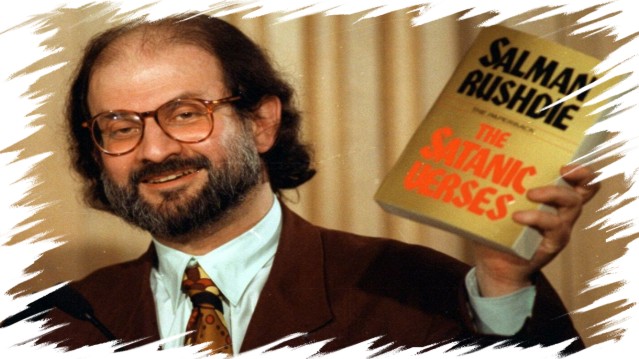 Salman Rushdie earned about $2 million within the first year of the ‘Satanic Verses’ publication.

SALMAN RUSHDIE, who wrote his book ‘Satanic Verses’ in 1988, for which a death fatwa was issued against him by Iran’s leader Ayatollah Khomeni in 1989, was stabbed several times in western New York in August this year.

I wondered what is there in a book which still arouses such violent passions after 33 years of its publication. 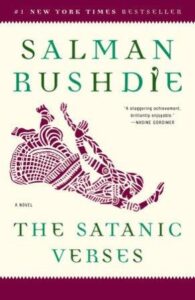 I could not read the ‘Satanic Verses’ when it was published as I was then in India, and the book had been banned by the Indian Govt (which was then run by the Congress party, which relied on the large Muslim vote bank in India). So now I procured a copy and decided to read it.

Satanic Verses is a book of 547 pages, but after reading the first paragraph in the first page I surrendered and gave up. I could not continue, as I could not understand head or tail of it. It sounded all gibberish.

“ ‘To be born again’, sang Gibreel Farishta tumbling from the heavens, ‘ first you have to die. Ho ji ! Ho Ji ? To land upon the bosomy earth, first one needs to fly. Ta-taa ! Taka-thun ! How to ever smile again, if first you won’t cry ? How to win the darling’s love, mister, without a sigh ? Baba, if you want to be born again….’. Just before dawn one winter’s morning, New Years Day or thereabouts, two real, full grown, living men fell from a great height, twenty nine thousand and two feet, towards the English Channel, without benefit of parachutes or wings, out of a clear sky”.

What did all this mean? I confess with my dense intellect I just could not understand anything. I am told it was written in a literary style called ‘magic realism’, and maybe the writer was seeking to convey some great philosophy in metaphorical or allegorical language, but it all went over my head.

I then skipped over some pages, and tried to start reading again. But again, no good. Double Dutch to me.

And this was the book ‘Satanic Verses’ over which such a hue and cry was raised !

I think if Ayatollah Khomeni had not issued his death fatwa hardly anyone would have read the book.

Although British bookseller W.H. Smith sold a mere hundred copies a week of the book in mid-January 1989, it “flew off the shelves” following Khomeni’s fatwa issued on 14th February that year.

In America, ‘Satanic Verses’ sold an unprecedented five times more copies than the number two book, Star by Danielle Steel, selling more than 750,000 copies of the book by May 1989.

B. Dalton, a bookstore chain that decided not to stock the book for security reasons, changed its mind when it found the book “was selling so fast that even as we tried to stop it, it was flying off the shelves”.

Rushdie earned about $2 million within the first year of the ‘Satanic Verses’ publication, and the book became Viking’s all-time best seller.

After the attack on Rushdie in August 2022, sales of the book have again soared.

My hunch is that none of the hundreds of thousands of people who bought the book could go beyond the first paragraph of the first page, like me.

The moral of the story is that if you wish to get famous and rich, one way is to do something which ensures that some mad mullah issues a death fatwa against you.

PrevPreviousLet Kejriwal first get the Tattoos of Goddess Lakshmi and Lord Ganesh engraved on his cheeks
NextArchaic laws: PM says these must go but who will bell the cat?Next
Author Related Post
Related Post