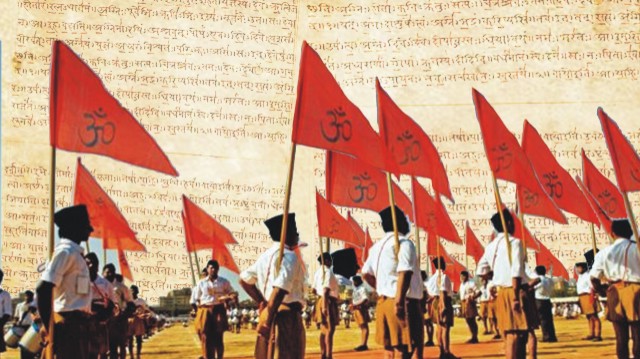 It appears that the use of Saffron is more of a political narrative.

Increasingly we see the adoption of Saffron as the color of Hindutva ideology. But often, we mix it with religious identity and confuse it with religious beliefs. In addition, Saffron is widely used color of Buddhism and Sikhism as well.

I went through the contents of Rigveda to understand the significance of the Saffron color. Rigveda, the earliest of all Vedas, has zero mention of Saffron color.

Rigveda does not recognize any color, and it does not have any preference. Golden, red, white, dusky, radiant, grey, and many other colors have been used to refer to either the sky, milk, curd, horses, cows, or, to say various objects.

But it does not talk about any of them of any special interest or any of the Rigvedic gods like Agni, Indra, Rudra, Soma, Mitra, Varun, etc., being offered as a part of prayers.

My literature review in various scholarly journals and contents in the public domain did not reveal anything substantial, indicating that Saffron has been of any significance in Hindu scriptures. Hence, I analyzed the various anecdotal information shared by experts to explain its meaning, though it is of little relevance.

Out of many beliefs, there are a few which are more popular than others. For example, Rigveda starts with prayers to Agni, which bestows wealth and makes the priest more truthful and gloriously great. Saffron is believed to be connected to Agni due to its color, and hence Hindus prefer it. However, Rigvedic hymns say nothing about it.

There are other explanations, like the color of sacrifice and purity, but I am not sure where it is coming from as I could not refer to any Hindu religious text. Some even refer to the incident of Parvati, who cut her veins to sacrifice herself (?) and her Chola become Saffron colored, which she gifted to Gorakshanath as well.

Besides this, some say the religious flags have saffron color because there was a custom where Santan Dharmis used to carry fire from one temple to another, but later changed it to saffron flag for convenience. All these explanations are anecdotal information and there is no consistency among them.

Though historically, Maratha and Rajput armies had Saffron color as their flags, this may have to indicate the identity of the army as there is no mention about connection with flag and the military in any popular and well-known publication. I have checked the Bhakti Period as well to search for any significance of Saffron but there was no religious connotation attached to this color.

The question arises then why RSS and Hindutva groups use this flag. The history is no less fascinating. 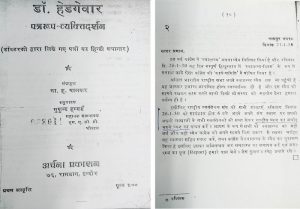 Hindus use various colors like Red, White, Saffron, Orange, Yellow, etc., but their significance is more custom and traditional than any religious guideline or connection. So far from the investigation I carried, it appears that the use of Saffron is more of a political narrative. However, I also agree absence of evidence is not evidence of absence.

The saga of an Unborn Vikas – Driving India Backwards?....