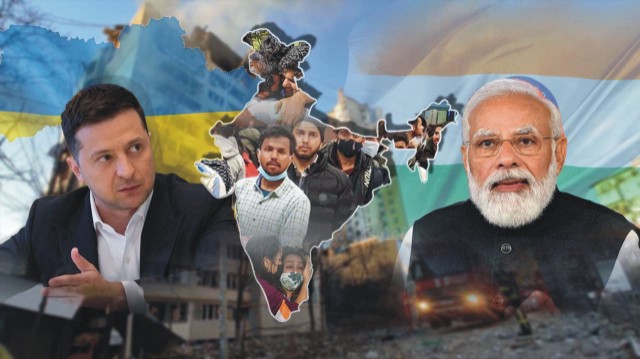 Why isn’t India able to take a stand against Russia?

Its been a fortnight since Russia has launched an attack on Ukraine. Russian forces have launched scattered attacks just outside the Ukrainian capital Kyiv. Russia continues to assault Mariupol from the east and west. Despite all these developments India has refused to be critical of Russian actions in Ukraine and also, India is also constantly abstaining from voting in UNSC’s resolutions which sought to condemn Russian aggression in Ukraine and immediate cessation of violence. 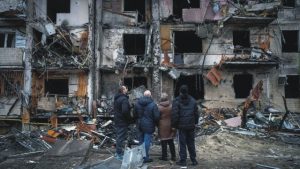 India has been indulged in this tight rope walk between the West and Russia from the very start of the crisis. What stops India from taking a stand? Let’s also analyze the role of India’s hostile neighborhood which prevents India to take a proper stand in the international arena and how regional cooperation in the subcontinent would give a better negotiating power to India on the world stage. How a harmonious neighborhood will help India get rid of dependence on defense imports are also discussed below.

A major reason for this which experts cite is that Russia is the largest supplier of arms to India i.e 49 % of India’s arms imports are from Russia (SIPRI 2016-2020). For instance, if we talk about armed forces, Russian defense supplies can be divided into three categories namely, armored and mechanised systems, artillery, and small arms. Almost the entire set of India’s armoured and mechanized systems is of Russian origin. BrahMos, the world’s one of the fastest cruise missiles is the product of the Russia-India joint venture.

The rocket systems we use in the army are mainly Russian, Smerch, and Grad. When it comes to small arms, Russian imports dominate the area. The most common rifle seen at the LOC i.e AK-47 is a Russian product. India and Russia have also signed an agreement to jointly manufacture AK-203 rifles.

Russia and the erstwhile USSR have taken care of India’s interest in UNSC many times in history and vetoed UNSC’s resolutions against India concerning issues like Kashmir and Goa. USSR first used the veto in 1957 over the Kashmir issue. Then it was used in 1961 when Portugal went to UNSC when India was trying to liberate Goa from Portuguese rule. The veto was again used by USSR in 1962 against the UNSC resolution regarding Kashmir. In 1971 veto was used thrice by USSR during the Bangladesh liberation war.

And another reason which is often stated is the liberation of Bangladesh in 1971. How the former USSR came in support of India both politically and militarily is often given as an argument that we should not embitter relations with a friend who has supported India at such an important juncture.

But we should also notice that the country which helped India in the 1971 war was the USSR, not Russia and the Ukraine where innocents are being killed was at that time part of the USSR. The time and context have changed today. And also USSR helped India at that time because it wanted to counter American influence in South Asia as Pakistan acted as an American buffer zone at that time.

While studying all these reasons we should also note that India’s hostile neighborhood is also one of the reasons which prevent India from taking a proper stand. One lesson that India should take from this crisis is how important it is to have good relations with neighbors. India is also not able to take a stand against Russia and US because of its hostile neighborhood. It is a member of QUAD which helps counter China’s influence in the Indo-Pacific.

Recently Pakistani PM Imran Khan went to Russia and Pakistan’s good relations would solve Russia’s two purposes. Firstly, it will look after Russia’s interest in Afghanistan where there is Pak backed Taliban government.

Secondly, it would keep a check on India’s growing inclination towards the US. The geopolitical balance in southeast Asia has most of the time been defined by the West and Russia because of the presence of animosities between the countries of the Indian subcontinent.

Had India’s relations been good with Pakistan then what would prevent India from taking a stand against Russian aggression in Ukraine? The question can also be formed differently, had the relations of India been good with China then what would give the US an upper hand over India in Indo Pacific. India would have a better negotiating power with the US in that case.

Many would say that even if we have good relations with Pakistan and China, India’s dependence on Russian defense imports would prevent us from taking a stand. But a harmonious neighborhood would solve this problem too.

If India had cordial relations with China and Pakistan then India’s dependence on the defense imports would also have been less. For instance, since the formation of the European Union and since the establishment of peace in Europe we haven’t heard of France and Germany engaging in an arms race and accumulating weapons against each other.

We should not forget that France and Germany were once bitter enemies. These two countries had fought against each other in both world wars. Despite that, these two countries consist of the core of the European Union. During the pandemic, the Franco-german core of the EU played a remarkable role in dealing with the crisis. We should also note that heavy expenditure on defense imports would not help in the long-term future.

We should look at how the enmity between Saudi Arabia and Iran diverted a large part of their budget to procure defense equipment. Had there been no animosity most of their funds would be allocated to public welfare.

India’s dependence on Russia’s defense supply prevents it from taking a stand against Russian aggression. But if we have cordial relations with neighbors we will not be guided by such considerations as our need for defense supplies will automatically decline.

Time to Focus on Regional Cooperation

The hostile neighborhood is the last thing that India wants. If we will have good relations with Pakistan it will be good for the economies of both countries. Even Pakistan’s National security Policy document (2022) focused on economic challenges which they face namely, external imbalance, horizontal inequality, and vertical inequality. In this document, Pakistan tried to look beyond their perennial enemy i.e India.

Similar challenges are faced by India too. It is high time that both countries should do robust economic cooperation. If both the countries engage in more productive, economic, cultural relations then most probably the geopolitical balance of the subcontinent will not be guided by the interests of powers such as Russia and the US. No doubt good relations with neighbors will help us in taking a more independent stand in the international arenas.

Our negotiating power in the international arena will also increase if there will be some kind of regional cooperation. For instance, the European Union holds a high negotiating power because of their remarkable economic and cultural cooperation. This kind of cooperation is needed in South Asia also. This crisis should be a lesson that how important harmonious relations neighboring countries are.

And also today we are not taking a stand with Ukraine and are pursuing constant abstention in UNSC. Suppose in the future there is Pakistani aggression in Kashmir or Chinese aggression in Arunachal or Ladakh who will come to support us?

The US didn’t even come in support of Ukraine and left the country in the middle of nowhere and Russia’s economy is soon going to crumble as it has been banned from the SWIFT network and its energy and Agri exports will also be hard hit due to sanctions. Its high time that India and the other countries in the subcontinent recognize the power of regional cooperation. We should not perpetuate ourselves as a conflict zone.