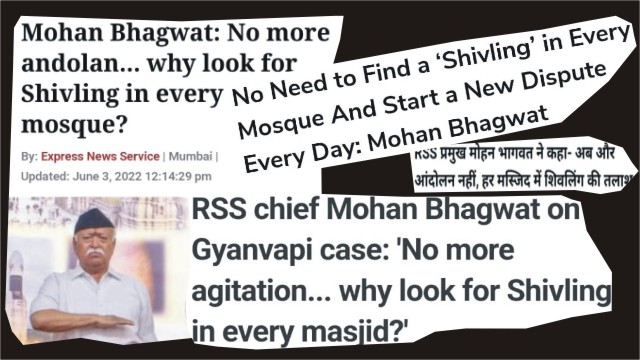 The statement of the RSS supremo reinforces the belief that Islam was spread by aggressors. This is a superficial and selective projection of history.

The Rashtriya Swayamsevak Sangh (RSS) is the organization with progeny going into hundreds and counting. The most well known of its affiliates may be BJP, VHP, ABVP and Bajrang Dal but its myriad organizations are spread practically in all nooks and corners of our country.

Even where BJP Government is not the ruling one, its affiliates and RSS itself are hyper dynamic from last few decades and more so from last 8 years or so. It is logical that what RSS Chief states becomes the gospel for its subordinate organizations, which implement or follow the Sarsanghchalak in their own areas of work.

It is in this light that we have to see the recent statement of Mohan Bhagwat (June 3rd 2022). He stated that they will not launch any movement for Kashi-Mathura temples. They will be getting these through the courts of law.

This is seen as a sign of hope by those wanting peace and harmony in society. As we are witnessing that after Gyanvapi mosque issue hundreds of claims of mosques having been built over temples have been raised by all and sundry, the followers of RSS ideology.

This was best exemplified by the statement of Karnataka Deputy Chief Minister K.S. Iswarappa, who said that 36000 mosques have been built on temples; these temples will be reclaimed by legal means.

Mr. Iswarappa is just a sample case and there are many who are having such an understanding. As an aside such a top leader of BJP or Sarsanghchalak do not know that there is 1991 ‘Places of religious worship act’, as per which the places of worship will retain their character as on 15th August 1947.

There is also a law of adverse possession. Most of the mosques in question are hundreds of years old. So, surely these worthies know that with present laws in force; changing the character of places of religious worship is ruled out.

What about Bhagwats claims that “It’s simply a matter of faith. Hindus are not opposed to Muslims. Issues have only been raised over places in which Hindus have special devotion…” This is a mere construct.

One recalls that Hindus have hundreds of places of worship, Kedarnath, Haridwar, Dwarka, Jagganath Puri, and Rameshwaram to name the few. In my growing up years when my grandfather wanted to take us for pilgrimage he took us to Hardwar and Prayagraj and promised the next trip to Kurukshetra. 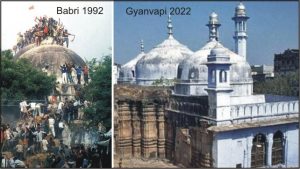 These places Ayodhya, Kashi, Mathura are very sacred but they chose them as dispute could be potentially built around these places of worship.

To think that Bhagwat-RSS is changing track is too much off the mark. The RSS ideology remains the same, ‘to target the Muslim minorities and to glorify the golden past’.

His statement that we should not search for Shivling in thousands of mosques actually reinforces the propaganda of temple destructions by Muslims kings.

Scholars like Richard Eaton do tell us that the numbers of temples destroyed is too much exaggerated and that even Hindu kings destroyed the temples of rival Hindu kings.

The present statement of the RSS supremo reinforces that Islam was spread by aggressors. This again is most superficial and selective projection of history. We know that Islam came to India through Arab traders and later many took to Islam to escape the caste tyranny.

Swami Vivekananda clarifies the real cause of conversions in two of his letters, one to Pundit Shankarlal of Khetri (20th September 1892 and another to Haridas Vithaldas Desai in November 1894 (Volume 5/Epistles-First Series/II, Volume 8/Epistles-Fourth series Nov 1894, respectively).

As per Bhagwat “In the attacks (by Muslim invaders), hundreds of Devasthans (temples) were demolished to crush the morale of those who wanted independence. The Hindu society places a special emphasis on them…”

This is the core of Bhagwat’s understanding, which through various layers goes on to spread hate and because of which the likes of Nupur Sharma spew hate through TV or the likes of Naveen Jindal further go on to demonize Islam and Muslims.

It is a matter of shame that BJP did not take any action against them till the gulf countries started calling and reprimanding our representatives there.

Many do see this as a signal of change in RSS. It is true that this statement may put some brakes on the ‘dsiciplined RSS cadre’ and they may put their activities on hold for some time. The additional factor which has emerged due to the politics of hate is that many elements not controlled by RSS are mushrooming during last few years, as they know that the ruling Government is on their side. 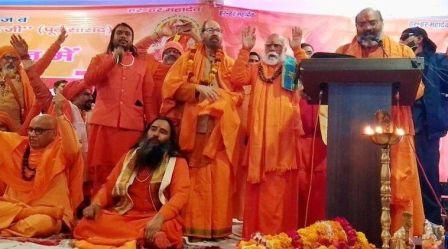 The hateful speeches of Dharma Sansads are very damaging to our sense of fraternity. These speeches went on merrily and the hate mongers are continuing with their work relentlessly.

Tejswi Surya is another star who does such acts all the time. Recently the programs in which he was invited to Australia were cancelled due to protests from the local people.

Does the protest from Gulf countries give the hope that likes of Nupur Sharma and Tejaswi Surya will be reined in? If at all that will be a temporary phenomenon.

Earlier after the three lectures of Bhagwat in Vigyan Bhavan (2018) some optimists with good intentions hoped that there a basic change in the direction of RSS. That understanding proved totally wrong as now genie is totally out of the bottle and to restore some sanity Bhagwat is making his statement. But again it is superficial attempt as the core training module of RSS continues to be based on ‘foreign aggressors destroying our temples and spreading Islam by sword’.

The efforts to put forward rational understanding about the destruction of holy places and spread of different religions in the country, remain too small in front of the tsunami of propaganda which ‘constructed the feeling of hurt’ in the section of Hindu society.

Mercifully the destruction of Buddhist Vihars by the ilk of Pushyamitra Shunga and Shashak remains in the dusty hidden pages of our history books, else another chapter in the demolition projects will get added on!