The ‘revolt’ against ghazal 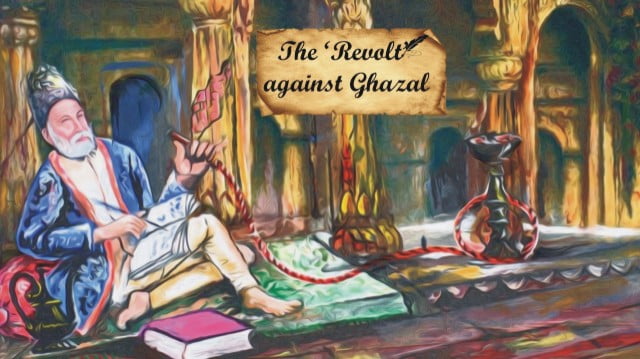 The progressive Urdu writers revolted against this non freedom in form of the ghazal.

There are many forms of Urdu poetry e.g. ghazal, qasida, marsiya, masnavi, etc. Of these, the most popular form is the ghazal.

In the 1940s a revolt started in Urdu poetry in India against the ghazal form of Urdu poetry by so called ‘progressive’ and ‘revolutionary’ writers, because of which many Urdu poets stopped writing ghazals.

They thought it inappropriate to continue writing progressive poetry in this traditional and classical form. Some even thought it shameful.

In 1945 in a large gathering of Urdu writers in India, speaker after speaker criticised ghazal, and a near unanimous resolution was passed stating that modern Urdu poetry should be in free verse or some other form without the traditional shackles of the ghazal, so that progressive and modern ideas could be conveyed in liberated form. 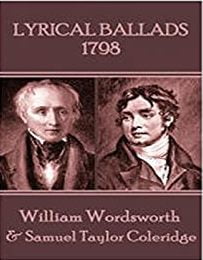 Before going further into this, we must understand what is ghazal.

A ghazal is short poem consisting of a set of rhyming couplets called shers (usually 5 to 15 in each poem) which are independent yet usually indirectly linked with a common theme.

To explain this, let us take a poem of Majrooh Sultanpuri :

(1) Radeef means the last word or words in a line (misra) in a sher, and they have to be exactly the same. In the first sher of the ghazal (called matla) the radeef must be present in both the misras, but in the following shers this is necessary only in the second misra.

(3) Matla, as explained above, means the first sher in a ghazal. It must have radeef in both its misras. In the following shers radeef is compulsory only in the second misra.

(4) Maqta is the last sher of a ghazal. It usually has the ‘takhallus’ or pen name of the poet, e.g. Ghalib, Faiz, Firaq, etc

(5) Beher means the metre, which may be short, medium or long, but the same metre must be strictly maintained throughout the ghazal.

The progressive Urdu writers revolted against this non freedom in form of the ghazal.

Perhaps they were influenced by English poets of the Romantic Revival, T.S.Eliot, Walt Whitman, etc who revolted against rigid forms in poetry and experimented in blank verse etc.

The progressive Urdu writers in India perhaps thought that liberal and democratic ideas in the modern age needed freer forms of expression.

What they perhaps overlooked is that English and American literature have different traditions and backgrounds than Indian literature.

The ghazal, originating from Arabia, had been developed by Hafiz, Rumi, etc in Persia, and further developed by Mir, Ghalib, etc into powerful forms of poetic expression.

Progressive and revolutionary ideas, too, require to be expressed in a powerful form to serve the masses. For example, take the poem of Bismil, the Indian revolutionary who was hanged by the British rulers :

This ghazal has so much power that it became the battle anthem of the Indian freedom struggle. By observing the strict rules of the ghazal gave it more power, not less.

Or take the well known ghazal of Faiz ‘Hum parvarish-e-lauh-o-qalam karte rahenge’, or the ghazal whose first sher is :

Can anyone say that these poems became less effective because they observed the strict rules of radeef, qafiyah, beher, etc ? No, they became more powerful.

I submit that free verse can be used for expressing ideas, but then it will lose its power.

Perhaps the dislike of ghazal by the progressive writers was because many Urdu poets were using ghazal to write on topics unconnected with the people’s problems and aspirations, and only expressing their individual agony, love for a woman, etc. What they forgot was that that was not the fault of ghazal as a mode of expression per se, but its use.

Today, the people of the Indian subcontinent need powerful poetry to inspire them in their struggle for a better life.

If poetic forms other than ghazal can be devised for this, there would be no objection, but it is submitted that ghazal can also play an important role, and should not be abandoned, as the ‘progressives’ demanded.