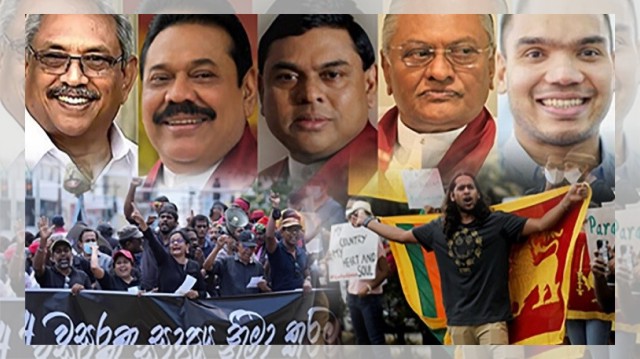 It was May 2009, when the world was shocked at the events taking place in Sri Lanka. It was not the death of Velupillai Prabhakaran, the leader of the Liberation Tigers of Tamil Eelam (LTTE) but pictures of his 12-year-old son Balachandran Prabhakaran hit the global headline, who was offered the snacks before being allegedly executed.

Gotabaya Rajapaksa was the man who ruthlessly ended Sri Lanka’s nearly 30-year civil war with the LTTE. He is a respected figure in the island nation where he is considered a “war hero” by the Sinhalese Buddhist majority but mostly distrusted by the minority Tamils, Christians, and Muslims.

Rajapaksa is a prominent political family of Sri Lanka hailing from the village Giruwapattuwa in the southern district of Hambantota.

Elder brother Mahinda Rajapaksa was President, Minister of Defense, and Minister of Finance and Planning from 2005-2015.

In 2010, after the Rajapaksa led the military defeat of the LTTE, they went on to maximize the Sinhala-Buddhist chauvinism and embarked on vanity infra projects in the south. Bodu Bala Sena, a Sinhalese Buddhist nationalist, and extreme nationalist organization came into being in 2012. China was the only lender that didn’t ask uncomfortable probing questions about their plans.

During Mahinda’s presidency, Sri Lanka also moved closer to China, borrowing almost $7 billion for infrastructure projects, many of those turned into white elephants mired in corruption. Essentially, it was Mahinda’s regime when the country fell into the “Chinese debt trap”.

Beijing had loaned billions of dollars to Sri Lanka as part of its Belt and Road Initiative (BRI) to build infrastructure. However, not all of the funding has worked in Sri Lanka’s favor.

For example, in 2017, China Merchants Port Holdings took a majority share with a 99-year lease in the strategically important Hambantota port after Colombo struggled to repay the debt incurred to build it during Mahinda’s regime. Rajapaksas lost the election in 2015 but made came back four years later.

Gotabaya Rajapaksa was elected the President in 2019. Dubbed “The Terminator” by his own family, he created scare amongst the foes due to his short temper.

The observers believe that Gotabaya Rajapaksa may have been the most powerful of the Rajapaksa clan in terms of popular public support and the constitutional authority which he wielded as the president but he never had a firm grip on his own party, the Sri Lanka Podujana Peramuna (SLPP).

Twelve Rajapaksa family members ruled Sri Lanka for 20 years namely Gotabaya, the President; Mahinda, the PM, Chamul, Basil, Namul, and Mahindra, the ministers; Yoshitha, the chief of staff to the PM; Nipuna, a Member of Parliament; Jaliya, former ambassador to the US; Prassana, the former army officer; Lalitha, the consul general in Los Angeles, and Kamala, a cousin of Mahinda.

Crashing of the Hippo Spirit

Sri Lanka was a booming economy in 2010 with all the oriental trappings and potential given its strategic location in the Indian Ocean. Chinese offered money to Rajapaksa without questioning their militarized majoritarianism. But the fantasy world came crashing down on the land of reality in September 2021 when Sri Lanka refused to accept a Chinese consignment of “organic manure,” since the cargo had implications for the bio-security of the country.

The ship in question – the Hippo Spirit – departed from China in September carrying 20,000 tons of much-needed organic fertilizer to Colombo. The order was placed after the Sri Lankan government suddenly stopped all chemical fertilizer imports in May 2021 to convert the country into the world’s first completely organic farming nation.

It was the first consignment of Colombo’s plans to purchase 99,000 tons of organic fertilizer from Qingdao Seawin Biotech group, a Chinese company specializing in seaweed-based fertilizer, at a cost of $49.7 million.

As the controversy escalated, a court ordered the state-owned People’s Bank to stop payment of $9 million for the cargo already awaiting entry.

The Chinese embassy in Colombo responded by blacklisting the bank for not honoring the payment to the company.

The incident spiraled into a series of event which has resulted in the “insurrection” in Sri Lanka in the month of July. With foreign exchange reserves depleted to nil, Sri Lanka faced food, fuel, and medicine shortage. The country is facing its worst economic crisis in seventy years.

The serious economic and political challenges confronting Sri Lanka exert intense pressure on the country’s banks which are required to fulfill their obligations to customers, support the national economy, and meet the statutory requirements while grappling with the effects of policy changes and macro-economic adversity.

The protests started in March earlier this year and public anger led to the storming of the Presidential Palace and the burning of the house of Prime Minister Ranil Wickremesinghe this month. Interestingly, the protests in Sri Lanka are largely peaceful.

President Gotabaya Rajapaksa, 73, has finally resigned after months of street protests over surging prices and shortages of basic goods such as food or petrol. Prime Minister Ranil Wickremesinghe has taken over as acting president to facilitate the possibility of setting up a national unity government to barge over the difficult times.

Experts say that only a new effective leadership and joint responsibility of all parties’ leaders can win back public trust in government and steer the island nation’s economy out of choppy waters.

New leadership may try winning back the confidence of the people that will be required for any financial assistance from the International Monetary Fund (IMF). International agencies would need a legitimate government in place to negotiate over “Ceylon tea”.

One of the last acts of the Rajapaksa government came a few days before the crisis hit them when the Chairman of the state-owned Ceylon Electricity Board claimed that New Delhi pressured Colombo to award a wind power project contract to the Adani Group. 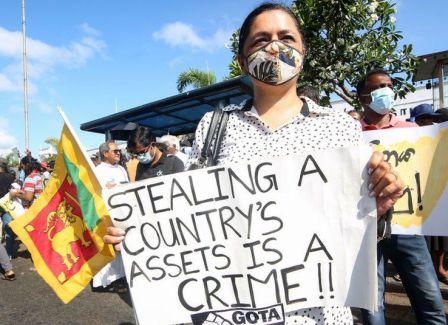 Despite all the misunderstanding and propaganda by the hardliners in Sri Lanka led by Rajapaksas, India has so far committed $1.9 billion to the island nation in loans, credit lines, and currency swaps.

India has also supplied over 270,000 MT of fuel, and around 40,000 tons of rice to help ease the woes of the cash-strapped country.

In all, the Indian assistance to Sri Lanka in the current crisis is to the tune of $2.5 billion. India’s role is going to be crucial in stabilizing Sri Lanka but New Delhi is treading a cautious approach.

Tourism, Tea, Rubber, Cinnamon, and Port Terminals are the key to the Sri Lankan economy and without a peaceful milieu, the economy of the island nation could not sustain itself. Thus, a legitimate government and a helping hand from the international community are the need of the hour.