Under Cover of Epidemic, Government moves to Privatise Railways 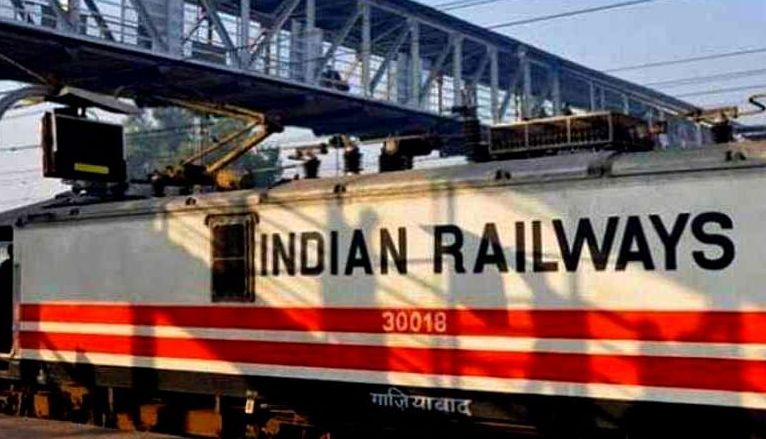 Railways privatisation: The PM betrays his promise yet again

In both 2014 and 2019 elections the PM promised: Saugandh mujhe mitti ki, main desh nahin bikne doonga – I promise by my motherland, I will not sell this nation. During the Coronavirus epidemic, the government, has sent out one clear unambiguous message: it will privatise as many national assets as possible.

The government will do that without convening the Parliament, without seeking public opinion, without admitting any opposition. The latest government asset and institution to go under the axe is the great Indian railways.

The Indian railways was established in 1853. At 167 years, it is one of our oldest institutions and perhaps a genuine gift of the British.

The Indian railways, fourth largest in the world, is wholly owned by the government. The railways carries above two crore people daily. It employs above 12.3 lakh people directly and many times more who trade on its 7321 stations.

The move to privatise a part of the railways started last year when the government began the process of outsourcing passenger services. The government had chosen a publicly listed state-run firm, the Indian Railway Catering & Tourism Corp.

Two days back, the government sought Request for Qualification for private companies to run 151 trains on over 109 origin-destination routes. The project will call for an investment of about Rs 30,000 crore or 300 billion ($4 billion).

The private companies will have to manufacture a majority of the trains locally, and will be responsible for financing, procuring, operation and maintenance of the services.

Surely the Indian Railways needs a lot of improvement in technology, its tracks have worn down, one out of every four bridge is over a hundred years old. There is urgent need for money but the question is: is privatising the public service railways the best way to raise money?

The experience worldwide with privatisation of railways has not been positive. Whether it is England or United States or South American countries like Argentina.

Even in Europe where parts of the railways are privatised the services have suffered massively in terms of punctuality, safety, facilities and lay-off of employees. At the same time, the prices of tickets have sky-rocketed and gone out of the range that the poor can afford. In many countries now train travel is even more expensive than air travel.

In India, the control on ticket price is not only desirable but a dire need. Yet, the government is completely silent on it.

We can see what privatization has done to the domestic bus routes. Neither do they bring in money to the state, nor do they manage to resurrect the state bus services. The government hoping to do that is either being blind or foolish.

We all know the story of the hen that laid eggs of gold and what the owner did with it. No doubt, the Indian railways gave smaller and smaller eggs, but they are still gold. Selling off the hen means the government loses out on all profits because there are enough loopholes in the tax structures for private owners to exploit and not deliver payments.

The larger question is with airlines privatised, with huge toll taxes on roads, and now railways going out of hands, would the poor be imprisoned where they are without any means to travel but their feet?

Just the other day the prime minister gave us a reality check: India’s ambition is to become a $5 Trillion economy but the fact is we have 80 crore people below poverty line who cannot even afford rations.

How would any of them travel? Or is the migrant worker exodus on foot during the pandemic going to be our everyday reality with more and more of us joining the caravan?

Recently the government has allowed up to 74 percent Foreign Direct Investment in key sectors such as defence, mineral mining, civil aviation, space, and atomic energy.

The private consortiums which hold majority stake in these sectors will soon dictate terms to the government. The nation has lost control on them. Now the same is going to happen with railways.

Any voter who hoped the Coronavirus epidemic will force the government to focus of people – bettering our public health care facilities –certainly lives in fool’s paradise.