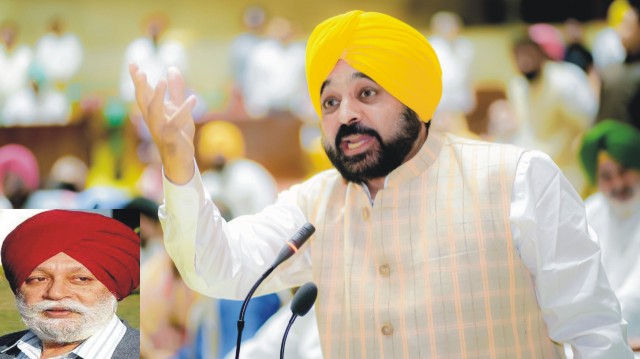 PSVC Act, 2020 was got enacted by Congress dispensation in the State during the tenure of 15th Punjab Vidhan Sabha in Nov, 2020.

It is going to be sort of Déjà vu as the Punjab State Vigilance Commission (PSVC) is all set to be abolished soon which would be the second time in the history of State during the past fifteen and a half years.

On Sep 30, a Bill titled Punjab State Vigilance Commission (Repeal) Bill, 2022 was unanimously passed by the House of Legislative Assembly. 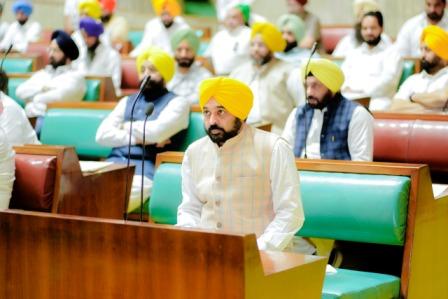 Meanwhile, an Advocate at Punjab and Haryana High Court, Hemant Kumar, says that the law for constituting PSVC has till date been enacted by the State Assembly not once by twice during the past 16 years, firstly during Oct, 2006 and then in Nov, 2020 and interestingly on both occasions it got enacted during the tenure of Captain Amarinder Singh led Congress government in the State.

Pertinent than the PSVC Act, 2006 as enacted during the tenure of 12th Punjab Vidhan Sabha (2002-2007) as Punjab Act No. 20 of 2006 was got repealed immediately on constitution of 13th Punjab Vidhan Sabha in Mar, 2007 after Parkash Singh Badal led SAD-BJP Government assumed reins of power in the State.

A Bill was passed in State Assembly to repeal the ibid PSVC Act, 2006 itself. Before such abolition, in Oct, 2006 however the Amarinder Singh Govt had already appointed a former Judge of Punjab and Haryana High Court, Justice Amar Dutt (Retired) as State Chief Vigilance Commissioner (SCVC) who was administered Oath by then Punjab Governor, General SF Rodrigues (Retd). Although as per then PSVC Act, 2006, the tenure of

SCVC was for a period of six years or 65 years of age, whichever is earlier. But since PSVC Act, 2006 itself was got repealed by then Badal Government from State Assembly, hence tenure of Justice Amar Dutt (Retd) as SCVC also abruptly came to a end with the abolition of PSVC. His tenure otherwise was till Aug, 2009.

Be that as it may, Hemant asserts that the prevalent PSVC Act, 2020 was got enacted by Captain Amarinder Singh led second Cong dispensation in the State during the tenure of 15th Punjab Vidhan Sabha (2017-2020) in Nov, 2020.

Thereafter, in March, 2021 a former Judge and also ex Acting Chief Justice of Punjab and Haryana High Court, Justice Mehtab Singh Gill (Retd) was appointed as SCVC. He was administered Oath by then Punjab Governor, VPS Badnore on April 7, 2021.

Meanwhile Hemant says that as per provisions of PSVC Act, 2020, the Salary and Allowances of SCVC are same as those of a Judge of the High Court. Also it is provided in the Act that the salary, allowances and pension payable to and the other conditions of service of the SCVC or any State Vigilance Commissioner (SVC) shall not be varied to his disadvantage after his appointment.

But the moot but significant legal point is that in case the law itself means PSVC Act, 2020 is got repealed by Punjab Assembly, then if in that scenario, would Justice Gill (Retd) be able to claim compensation in the form of Salary and Allowances etc. for his unexpired tenure of about three and a half years.

Hemant refers to a similar sort of case in Haryana when a former Judge of Punjab and Haryana High Court, Justice IP Vashisth, who was later transferred as such to Allahabad High Court but before attaining age of superannuation of 62 years, he resigned as HC Judge to join as LokPal (LokAyukt) in Haryana after his appointment as such was made by the then Bansi Lal led HVP-BJP Government in Haryana with effect from Jan, 1999.

But after few months, there was a change of guard in the State and OP Chautala led INLD-BJP Government came to power which got repealed the Haryana Lokayukta Act, 1997 itself from the State Assembly which led to Justice Vashisth’s unceremonious ouster.