Punjab stares at a dark future; Can farm unions, NRPs help save it ? 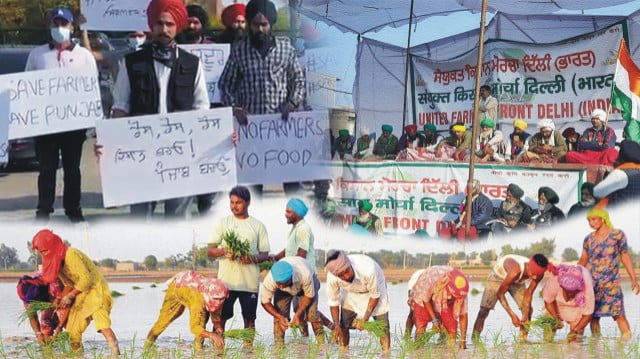 Punjab does not afford any more delay in bringing in a paradigm shift in paddy cultivation techniques.

FARM AGITATION has completed six months. Season of paddy cultivation has started in north India. Another round of drawing groundwater in huge quantities is set to start. Story of over-exploitation of groundwater in Punjab, largely for paddy, has been told so many times with data that it does not require any repetition. 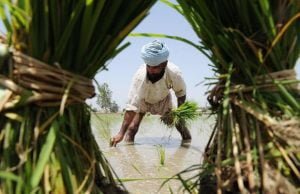 It is ominous that Punjab stares at a dark future. The state may derive its name from water — Punj-aab (the land of five rivers), only around 30% of its irrigation needs are met with water from canals, and the rest is drawn from the ground.

A major share of its river waters has been diverted to neighbouring states. For the last several years, concerns have been expressed over plummeting water table and blame has been put squarely on water-guzzling paddy.

At the same time, in urban areas too, bureaucrats and technocrats along with the political establishment have done everything to increase the crisis by ensuring that in no way rainwater or treated water is allowed to seep into the earth. Ironically it is rather drained out. That story is for some other day.

In the last few years, several farmers have resorted to alternative techniques for sowing paddy. Some innovative minds have rather improvised on their own. This shift has happened not due to any effort by the state government but on account of awareness among farmers for which some do-gooders and crusaders have been working selflessly.

Most of these farmers have got equal yield or a bit lower than growing paddy the conventional way of puddling the fields while transplanting the saplings. However, this is more than made up by way of reduction in input costs, mainly labour and water. 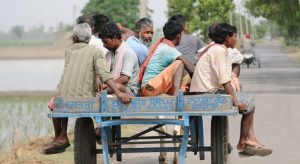 In 2020, the novel coronavirus pandemic forced labour shortage, who are mainly migrants from eastern states like Uttar Pradesh, Bihar and Jharkhand, for transplanting paddy. It made scores of farmers switch to alternative techniques of cultivating paddy.

Several farmers, who made the switch in the last couple of years, have claimed that they not only saved huge quantities of water but also significantly on other input costs. A few of them encountered problems as well, which could be due to some flaws in implementing the technique.

Here are a few practical suggestions for bringing in a major shift. With farmer protests, Punjab has manifested its spirit of cooperation. 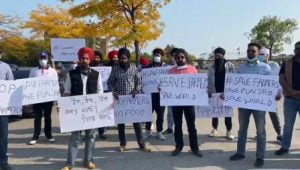 If protests united farmers of Punjab, the Non-Resident Punjabis (NRPs) too played a very crucial role in amplifying the issue globally. They internationalized the protests within days of farmers reaching Delhi borders in November 2020 and were very much part of the movement in every possible way, except being physically present at the protest sites.

The common refrain among all was it is a question of Punjab’s existence (Punjab di hond da sawaal). But Punjab is actually facing an existential crisis, its real ‘hond da sawaal’ with its overexploited groundwater. Can the state or its civilization exist without water?

This has arisen as policymakers did not bother to ensure that agricultural practices are ecologically sustainable.
The NRPs have carried out several developmental works in their ancestral villages. A lot has been written about it.

Now they need to focus on the issue which is even more important. It is time for the NRPs or their families back home to voluntarily slash rates on which they lease out their land for cultivation and put a condition that the cultivator should use alternative techniques of growing paddy in their fields. Lessee farmers need the cushion in case they face a drop in the output.

They may not face any setback but apprehensions remain. If the production remains the same, this slashing of lease rates will become an incentive. Farmers need to be cajoled and pushed towards alternative techniques. Shifting to other crops is easier said than done with serious issues of marketing infrastructure for these. 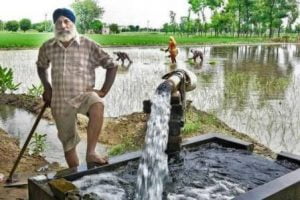 It seems comparatively easier to reduce the need for water for paddy, especially where soil structure allows that. If farmers reduce water consumption significantly, the arguments against paddy would also disappear. As an expert remarked, the villain is not paddy but water in it.

It is the responsibility of the government machinery and scientists to popularize solutions where they can address the issues of soil quality. The do-gooders are already there offering practical solutions.

Not only the NRPs, but other Punjabis who can afford, especially politicians and land-owning bureaucrats should also set an example by offering such voluntary reduction in lease rates for their lands. Of course, those who can’t afford should not be asked.

Farm unions too have a responsibility. When farmers are listening to them, and all Punjabi media including web channels and their own social media platforms are at their beck and call, they should give a call to the farmers to switch to the alternative techniques of paddy cultivation without any delay.

WhatsApp groups formed to disseminate messages about protests should be used to disseminate videos of those farmers who have successfully switched over to alternative techniques of cultivating paddy. Time is for the farm unions to show far-sightedness on this. Remember, reduction in input costs will also be on deepening the submersible pumps. 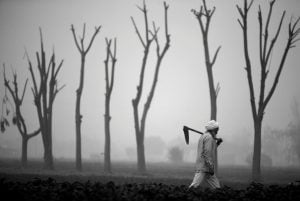 Ideally, the Union and state governments should have been working on such solutions to incentivize shifting to alternative techniques. But look at the shallowness of their policymaking and planning. Till recently, they were not focusing on solutions to replace paddy or to make its cultivation much less water-guzzling but to manage the paddy stubble. This so-called stubble management too came with heavy investment in machinery and with the burning of a lot of diesel.

The need is to bring into play that spirit of cooperation and synchronization, which has been the hallmark of the farmer protests, to promote alternative techniques. Same zeal and aggression are required which was used in removing barricades when farmers passed through Haryana en route to Delhi. The bonhomie between farmers of Punjab and Haryana should also be used for the promotion of water-saving techniques in Haryana too.

Some farmers in Jalandhar have come forward to write to the Punjab chief minister to ban puddling for transplanting paddy. They have argued from their own experience with alternative techniques. Of course, they too were guided by those experts who have worked on these techniques and have got results.

The Punjab government needs to incentivize the saving of power and not its consumption. Unmetered free power, arising more out of political selfishness and shortsightedness, has been disastrous for the state. People lost interest in saving power and water.

This can be an unpopular argument but this needs to be made — meter the power supply on tubewells and incentivize its saving. It can be kept free to a level, and after that, it can be expensive if it goes beyond a reasonable limit.

There can be other methods to incentivize the saving of water. After all, the time for paddy transplantation was fixed through law in 2009 was also considered to be a tough decision. It paid off. Drastic situations need drastic measures.

Punjab does not afford any more delay in bringing in a paradigm shift in paddy cultivation techniques. Time is to think and act with the same agility and force with which heavy containers were moved out on their way to Delhi in November 2020. If not, then the ecological crisis could soon become a civilizational crisis.

This article first appeared in timesofindia.indiatimes.com and is being reproduced here courtesy TOI.

Also Read: I Saw History Being Written Out On The Road

IP Singh is Assistant Editor at The Times of India, Jalandhar.

PrevPreviousSedition Law vs Freedom of Speech and Expression
NextGroping in the dark, government has been blundering its way through the pandemicNext
Author Related Post

Modi is doing an Indira - Khattar is his Bhajan Lal....

Punjab: Who is patornising the mafias?....